Personalized denim treatments are a growing means of self-expression. 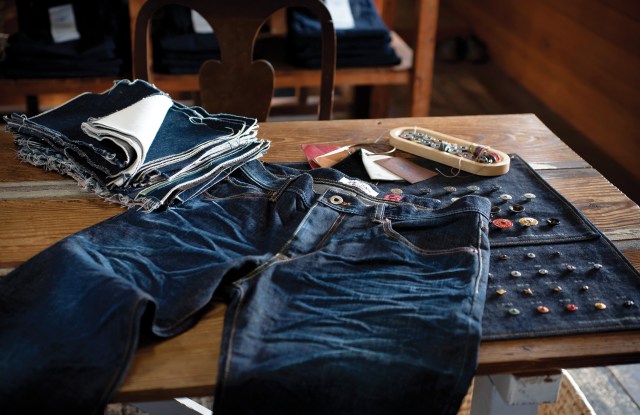 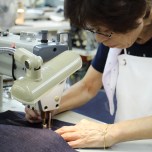 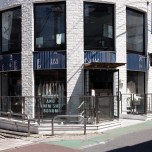 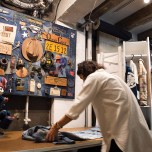 As Japanese consumers have become less infatuated with brand names and logos, and more concerned with quality and individuality, one trend that is emerging across the fashion industry is customization — and denim is no exception.

Made-to-order jeans give customers the freedom to have something that is special to them and fits them perfectly, while still being a basic, everyday item. They can choose from a variety of fabrics and finishes, buttons, rivets, stitching colors, pocket materials and more until they have their ideal look, which is generally ready within a month.

“For young people, it’s important to express yourself in a fashionable way, but also to not be left out,” said Yuiko Mitani, a research analyst in Euromonitor’s Tokyo office. “So customization meets the demand for being yourself, but it’s not too extreme.”

Japanese jeans-maker Betty Smith has been taking orders for custom-made denim for more than 10 years. Each pair of order-made jeans — sold under the brand name Denim Works — is made at the company’s workshop in southwestern Japan’s Okayama prefecture. Customers can place their orders on site in Okayama, at the company’s stores in Tokyo and Osaka, or at one of roughly 100 tailor shops across the country. Internationally, Denim Works sells through tailor Timothy Everest in London and with partners in Seoul, Taiwan and Sydney.

Betty Smith’s second-generation president, Yasuhiro Oshima, said the popularity of its order-made jeans service grew quickly after its launch, at one point reaching about 300 orders per month. But the company made the decision to limit the number of orders it accepts to maintain the highest quality and continually offer new innovations. Denim Works now only takes orders from up to five customers daily, or an average of 150 a month. Between 60 and 70 percent of the orders are from men, and the majority of the brands’ customers are in their 40s or older. A pair of custom-order jeans starts at 31,000 yen, or $308 at current exchange rates.

“We are always improving the quality of our order-made jeans, and in the future I’d like to offer more original fabrics and special options that customers can have fun with,” Oshima said.

In the past few years, other brands have begun to follow suit by also offering custom-made styles to Japan’s denim aficionados.

Baycrew’s, a company that owns and manages several chains of multibrand stores, as well as many of its own brands, started a denim brand called Bonum in 2013. Its flagship in Tokyo’s Shibuya district resembles a disheveled factory, with used Levi’s piled haphazardly in mounds as tall as some adults, boxes stacked under shelves, and its collection hanging from metal bars suspended from the ceiling.

There is also a workshop at the back, where staff creates custom jeans and also rejig vintage denim garments into new, more modern styles that are sold in the shop and its sister store in nearby Omotesando, which opened in March.

“Customers like that they can buy directly from the atelier where the products are made,” said Hideto Mori, director of Bonum. “As one service that we offer, order-made jeans are good for branding, but you can’t survive on that alone.”

In August, stylist Tsuyoshi Noguchi opened the first store for his newly launched brand Minedenim. The store’s entire second floor is dedicated to taking orders for custom-made jeans. But like other brands, it also has a main line consisting of various denim styles for both men and women.

While recent years have seen an increase in brands offering made-to-order jeans, the industry’s veteran Oshima is not convinced that it’s a lasting trend.

“Since we started doing well with order-made jeans, other brands saw that and started offering the same thing,” he said. “It happens every few years, but many of those brands tend to come and go.”