Japan’s jeans market might be challenged, but its manufacturers still rely on innovation and quality for their reputation. 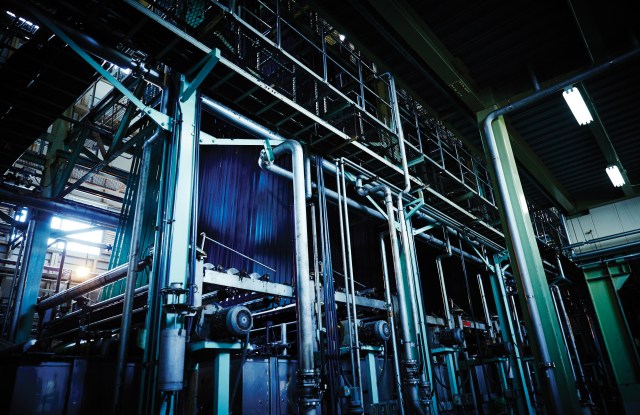 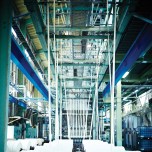 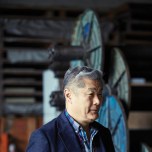 Japan’s jeans market might be challenged, but its manufacturers still rely on innovation and quality for their reputation.

As the market for jeans in Japan contracts due to factors such as a shrinking population, more price competitiveness and the rise of competing fashion trends, denim manufacturers have to come up with new and innovative ways to attract and keep customers.

“I think a couple of years ago [the market contraction] was probably due to the emergence of cheaper jeans, like Uniqlo or other cheaper-unit-price jeans,” said Yuiko Mitani, a research analyst at Euromonitor’s Tokyo office. “So that kind of contributed to the decline of the market in general, which led to poor performance of jeans specialists. Some smaller jeans specialists, like domestic manufacturers, went out of business a couple of years ago.

“More recently, I think it’s probably just because of the fashion trends,” Mitani continued. “I guess I’m talking more about females, but the popularity of sweatpants or other types of trousers like gaucho pants, which have been really popular in the past few years…has affected the jeans [market] in a negative way.”

Mitani also said the rise of low-priced jeans — Uniqlo’s start at around 2,990 yen, or $25 — has polarized the market in recent years.

“There’s a segment [of consumers] who collect vintage jeans and are willing to spend as much as [they need to],” she said, but “probably most people were happy when companies like Uniqlo started doing cheaper denim.”

Kaihara is Japan’s largest producer of denim fabric, churning out roughly 30 million spools a year and accounting for at least 50 percent of the local market. It exports about 40 percent of the fabric it produces and clients include brands like Levi’s, Uniqlo, Gap, Lee, Wrangler, Banana Republic, J. Crew, Rag & Bone, AG and Seven For All Mankind. Tadayuki Kaihara is the seventh generation of his family to help manage the business and serves as senior managing director.

“One big problem facing the denim industry [in Japan] is that over the past 15 years, people have been spending more money on smartphones and other devices, and less money on fashion,” Kaihara said. “I think this is a big reason for the contraction of the market.”

Kaihara is taking steps to respond to this trend. To rely less on the Japanese market, it has increased its exports over the past six years by promoting products that other manufacturers are unable to produce. It also recently opened a factory in Thailand, where it hopes to train staff to make fabric that is as high quality as what it makes in Japan, but at more competitive prices.

In Japan, Kaihara is placing an emphasis on innovation while at the same time experimenting with non-fashion uses for its products. It has worked with Nissan on a denim-upholstered car interior, and with Hublot on a luxury watch with both a strap and face made of denim. A hotel in Hiroshima prefecture, where the Kaihara factories are also located, used Kaihara’s denim on sofas, throw pillows, art, staff uniforms and other interior design elements.

Kaihara said in the Japanese jeans market, functional fabrics with a dual purpose have been successful. One example he gave is a denim produced for Japan’s Edwin that is used in women’s skinny jeans. It has high stretch and a soft feel on the back side, making it comfortable against the skin. This kind of innovation is also central to the business of Kuroki, another Japanese denim manufacturer. Located in rural Okayama prefecture, the company has made denim for many of the major luxury brands, including Zegna’s recent “Made in Japan” capsule collection.

“There is no doubt that Japan has a kind of seriousness that makes it easy to produce things that are consistently high quality,” said Tatsushi Kuroki, the grandson of the company’s founder and its current president. “Our product development is also very strong.”

Hisao Manabe, founder and president of Japan Blue, said his company has built its reputation with its artisanal quality and attention to detail. Besides selling denim to companies globally, Japan Blue also has its own jeans brands, including Momotaro Jeans and Japan Blue Jeans. “From the very beginning, I didn’t think about the cost,” Manabe said. “I just wanted to make the best denim.”

Those efforts paid off, as Japan Blue is now popular with denim enthusiasts in Japan and abroad. Its focus is on what is known as “vintage denim” — fabric that is produced on machines dating from the Seventies or Eighties, before computerization. While these machines can only produce one-sixth of the amount of fabric that newer machines can make in the same amount of time, the resulting feel of the fabric and its selvage — which is customizable — is unique.

Mitani said for a small company, this kind of extreme specialization may help it get a leg up in an increasingly competitive market.

“Really niche brands that are well-known for their more artisanal approaches…can still remain premium and expensive,” Mitani added. “Like Momotaro Jeans — I think it’s pretty amazing that they do things like a 10-year guarantee for their jeans. That sort of approach is pretty premium. So some of the smaller players can try and just remain with that kind of artisanal, high-quality, Made-in-Japan approach.”