The Joe’s Jeans founder has expanded the sizing of his curvy line Slink to now include straight sizes. 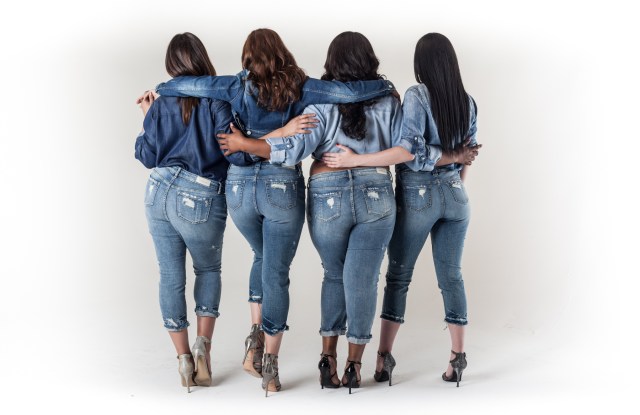 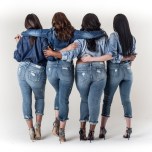 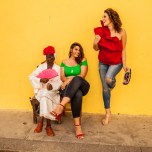 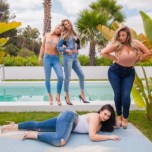 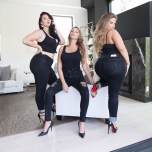 Slink Jeans started off as a premium denim line for curvier body types, but the brand now aims to be all-inclusive with its expansion into straight sizing.

The West Hollywood-based brand, founded by Joe’s Jeans cofounder Albert Dahan, has launched sizes 0 through 12. The line now goes up to size 24 with most of its denim priced at about $98.

“We’re all about being body positive and inclusive. That is our motto,” Dahan said. “We want a premium label that a size 2 woman could wear and a size 16 woman could wear. Most brands up until now have done straight sizes and as an afterthought from plus sizes, or brands have started plus sizes and stayed plus size.”

Dahan started the line about a year-and-a-half ago looking to fill a gap he saw in the premium denim market.

“I’ve been in the business for a very long time, close to 25 years, always in straight sizes,” Dahan said. “I wanted to launch a new brand and I figured that this was a market that was underserved, especially by the premium denim market.”

The price point seems to have struck a chord with most majors currently carrying the line, including Nordstrom, Saks Fifth Avenue, Bloomingdale’s and Macy’s. The company sells direct through its web site and Dahan said he has no interest in physical stores at the moment.

“Customers have a lot of choices right now and it makes it easier because if you can give a premium image and a premium product and you can come at a price that’s under $100. Then it’s like all the stars are aligned,” Dahan said.

The company imports fabrics from Turkey or Italy and then has its jeans made in China. It uses a range of models to get its fits right, including those in their mid-30s, employing a regular agency as well as social media to source the right people.

“The one thing that’s consistent about the denim business that has always been there, is it’s a matter of fit. At the end of the day, you’ve got to have beautiful jeans that fit. It is still a status symbol to have a brand. Why would somebody pay $200 for a pair of jeans when they can pay $20? To have a brand, it’s like having a Chanel bag. You want to make a statement and that’s exactly what I wanted to do [with Slink].”

Dahan’s also moved quickly to stay in line with a changing world that’s adopted Instagram starlets as the norm for marketing campaigns. Slink, case in point, has a social media campaign coming up in October that will tap multiple influencers in hopes of further expanding its brand reach.

The denim guru’s optimistic and expects the business to ride the uptick he sees now within the overall denim industry.

“I would say that it is in growth mode now because if you look at social media, you will see a lot of influencers organically wearing jeans [and] organically pushing jeans,” he said. “I don’t know if it’s because it’s a go-to space, but I think the slump in denim, was up until about three or four years ago. Most of the brands in their campaigns are using influencers with very big footprints that have millions of followers and all of that is driving the business.”

COS Opens Downtown L.A. Store, Chicago Up Next