Junior sportswear vendors should hold on tight. The upcoming back-to-school season is sure to be the bumpiest ride yet. 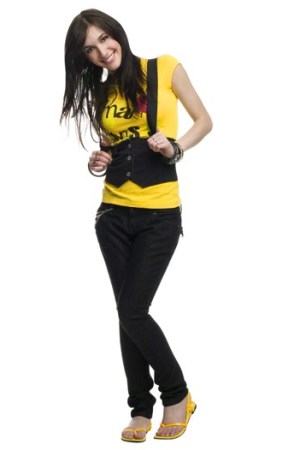 Junior sportswear vendors should hold on tight — the upcoming back-to-school season is sure to be the bumpiest ride yet.

“The good news is that teens are still spending. They are being more careful about how they spend, but they are spending,” said Jane Buckingham, president of The Intelligence Group, a market research and consulting firm with offices in New York and Los Angeles. “Also good is the fact that teens still see going to the mall as an activity, a time passer and they want to gather there.”

That said, Buckingham added that enticing teens to spend their cash once they step foot into the mall means giving them a great deal of guidance. This is especially important for b-t-s, when teens are most likely to spend the bulk of their money on apparel.

“It’s going to be all about versatility and replenishment, not replacement,” Buckingham said. “Companies should be thinking about showing them ways to freshen up their looks, give advice on things like ‘10 ways to wear this outfit.’ Shopping for back-to-school will be all about finding pieces they can feel great about.”

Rob Callender, trends director at the Chicago-based Teenage Research Unlimited, said that in this economy he doesn’t expect it to be easy to capture the attention of teen shoppers.

Callender said he thinks this is the case since tweens are more sheltered by their parents and are too young to know what is happening with the economy. He said that since more parents have been forced to discuss budgets with their teens, that age group tends to be more concerned about what they spend their money on.

“Parents have a much greater control over what gets purchased and what does not,” he said. “My advice would be to be mindful of that when creating these clothes — don’t make things too revealing or too sexy, being parent-friendly may be the best way to go.”

At the New York-based Vanilla Star, Mark Levy, president, said he has always been mindful of offering parent-friendly apparel. Not only is the line moderately priced, but last year he featured Olympic gymnastics gold medalist Nastia Liukin in the brand’s ad campaign, further sparking interest from parents.

“We were at this in-store appearance with Nastia in Plano, Tex., and parents literally thanked me for putting a face in our ads that girls can look up to,” Levy said. “Nastia drew 6,000 people to that store that day, which just goes to show you how far a good-girl image goes.”

As the father of two teenage daughters, Levy said he has his next “good girl” lined up for the fall Vanilla Star ads — Kate Voegele, who plays Mia on “One Tree Hill” and has a lot of buzz surrounding her music career.

“Kate is widely popular on ‘One Tree Hill’ and has that good-girl look,” Levy said. “We are currently negotiating some in-store appearances with her for back-to-school, which I’m thinking could do really well.”

For Dollhouse, the coming b-t-s season means returning to its roots and offering a full assortment of junior sportswear.

“We’ve been in business for 30 years, and years ago we did well with every classification,” said Valerie Krioski, vice president of sales at Dollhouse. “In more recent years, our core has become denim, but for fall we are concentrating on offering the full package — tops, dresses, skirts and jeans. We want to be known as the one-stop shop where a girl can outfit herself from head-to-toe.”

The junior label Deréon has an inbuilt advantage in that cofounder Beyoncé Knowles serves as the brand’s face. Sources said Deréon has become one of the most popular labels on the selling floor. Deréon’s president, Phillip Davis, said that as long as it has Knowles as the face, it should continue to do well.

“We’ve always believed that the line should not be limited to an urban, streetwear customer, and we’ve honestly been doing exceptionally well across the board in department and specialty stores,” he said. “Of course, we are fortunate to have the Knowles family; it’s our biggest advantage.”

Davis said customers have been responding to product that relates directly to Beyoncé, such as T-shirts with song lyrics on them. He said the company is currently brainstorming new ideas for b-t-s.

Also looking to capitalize on a familiar face is Rampage, which has tapped Gisele Bündchen, aka Mrs. Tom Brady, to feature in the brand’s ads for the entire year. But Kimberly Lee Minor, vice president of brand management at the Iconix Brand Group-owned Rampage, stressed that while Bündchen can attract consumers’ attention, it’s the product that will keep them shopping. That’s why the company has chosen to partner with ECI, a contemporary dress company, to produce the Rampage apparel.

“Partnering with ECI has enabled us to capture a more sophisticated core customer through expanded retail distribution,” she said, noting the brand will reenter Dillard’s stores this month for the first time in years and that Rampage will also be sold on Lord & Taylor’s contemporary floor in April. “We are still on the junior floor in most stores, but ECI has improved our quality, which has allowed us to expand into that contemporary arena.”

Minor expects the coming b-t-s season to be strong for the brand, despite the economic crisis.

“When we first showed the product to the junior buyers, they thought it was going to cost too much,” she said. “But we’ve been able to maintain our price points [wholesaling between $11.50 and $35], which is especially important in this economy.”