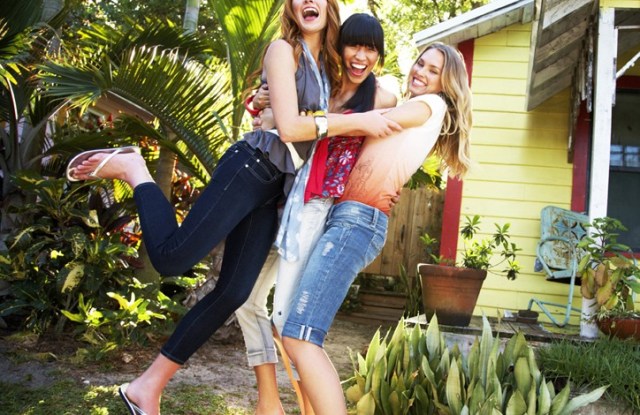 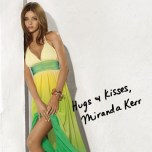 Kellwood Co. is looking to infuse a jolt of growth into its junior businesses.

The St. Louis-based apparel conglomerate is taking a close look at ways to expand its group of “modern” brands — XOXO, Jolt, Rewind and My Michelle. (Baby Phat, the company’s other junior brand, is under the Phat Fashions umbrella, which is treated as a separate entity.) The first step is to focus on Jolt, a four-year-old junior denim and bottoms label that Kellwood is looking to make into a full junior sportswear brand. For back-to-school, the collection has expanded to include more trendy denim styles such as destructed boyfriend jeans, seven-ounce skinny colorful denim, belted styles and the denim leggings or “Pick Me Up” jeans, as the company calls them.

“When you put them on, everything goes up, it’s a great invention,” said Caren Belair, group president of junior apparel at Kellwood.

In addition, Jolt has a full outerwear collection, which includes everything from traditional wool peacoats to fake leather bomber jackets with removable fake fur collars. The entire Jolt collection wholesales from $11 to $24.

Next up, the company will launch a collection of tops for spring 2010, which it plans to produce in-house. The brand also is eager for licensing opportunities for a full range of products including handbags, footwear and other accessories.

“We are fully committed to growing the Jolt brand into a full lifestyle brand,” said Caren Lettiere, division head of the Jolt brand. “We pay close attention to detail in order to have added value, but no added cost to the consumer. The idea is to have a comfortable but put-together look.”

Kellwood plans to put more marketing muscle behind the Jolt brand by launching a full advertising campaign for the first time — ads will appear in teen magazines, online and in mall kiosks nationwide. There will also be an interactive e-commerce site launching on May 1 called joltstyle.com. In addition to giveaways, joltstyle.com will spotlight new recording artists on the “Featured Artist” section. Sharon Little, an up-and-coming singer from Philadelphia, has been selected as the first for her soulful sounds and rock star style.

George Sokolowski, senior vice president of strategy and chief marketing officer at Kellwood, said the company is looking for joltstyle.com to be a place where customers visit regularly for their other interests rather than simply a fashion Web site. There will be an interactive music player where viewers can tune in, plug in and turn on the music that other site visitors are listening to. Visitors can also create and share their own playlists and download ringtones.

The site will eventually offer products for sale, but at the time of the launch will provide links to where the merchandise can be purchased, whether it be Nordstrom, Macy’s, Dillard’s, Alloy or Bon-Ton. With all of the changes happening at Jolt, company executives said they expect the brand to bring in over $50 million at wholesale by the end of 2009.

“This customer goes online for everything, so there is no reason why we shouldn’t be there,” Sokolowski said. “Jolt will be our first Web launch since taking things in-house and moving operations to the West Coast, so there will be much more online presence to follow.”

Just after joltstyle.com launches, xoxo.com will relaunch in late May (the site has been down for the past two months) also with e-commerce and new interactive ways of connecting with the customer. “The new xoxo.com will be much different than it was, much improved and much closer to the spirit of the brand,” Sokolowski said.

After xoxo.com relaunches next month, Kellwood will then launch sites for the David Meister and Slimming Solutions brands. There are no plans to add Web sites for Rewind and My Michelle.