April and May are usually the busiest months for manufacturer New Crew Production Corp. 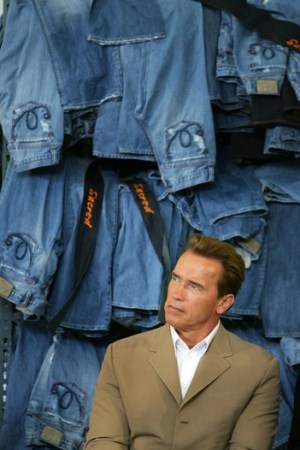 LOS ANGELES — April and May are usually the busiest months for manufacturer New Crew Production Corp., which is accustomed to cranking out 20,000 pairs of jeans each week for True Religion, Lucky Brand Jeans and other denim labels that need to ship orders to stores for the fall and back-to-school seasons.

But on a recent Tuesday, in what would have been the middle of crunch time, the buzz of productivity at New Crew’s building stretching half a block here was eerily quiet.

Three sewers slid panels of denim under bobbing needles, just as many packers tossed plastic bags of tie-dye jeans into boxes, and, off to one side, a man presided over a machine that resembled a leaf blower operating in reverse, sucking the air out of the legs of dark blue jeans to automatically turn them inside out in a split second. With a 30 percent decrease in volume in the first quarter of 2009 from a year ago, New Crew lost about half of some 200 employees.

“This season should be so busy — it isn’t,” said Kris Park, who runs New Crew. “Now, it’s really, really bad. A lot of people [in the apparel manufacturing industry] are suffering.”

The recession has taken a toll on Los Angeles-based denim manufacturers. Eager for work, sewing contractors are shaving as much as $6 off the cost to make each garment, lowering the minimum number of items required to fulfill an order and stepping outside of their comfort zone to obtain new jobs. Laundries are also protecting their businesses by insisting on credit checks and, in some cases, payments of cash on delivery for goods.

“To be in L.A. and have the production in L.A., we have to be very innovative and we have to be very flexible in the way we do business,” said Eduardo Park, plant administration manager at Denim-Tech LLC, a laundry located in Vernon, Calif.

For New Crew’s Park (no relation to Eduardo Park), that meant evolving from a manufacturer to a designer. Last December, she paid an undisclosed sum for the New York-based brand Raven Denim. Founded in 2004 by Erez and Eyal Zarur with financial backing from Milk Studios, a production and photo center in New York’s Meatpacking District, Raven generated as much as $6 million in sales of its tailored denim trousers.

Once Raven’s investor decided to pull the plug, Park, who had been serving as Raven’s manufacturer in Los Angeles from the line’s launch, took over ownership. She hired Ya-el Torbati, the founding designer of Yanuk and Deener, to fine tune the line for fall with more five-pocket styles and a 15 percent price reduction. New Crew also brought on board Alain Lafourcade, a veteran of Blue Holdings and Hudson, to oversee operations, and it turned away new customers to focus on Raven and one other manufacturing client, Siwy.

“Raven was my baby, too,” Park said of her decision to become the new owner. “For us, it’s really lucky to have this line. If I have to rely on other people’s manufacturing [business], it could be bad.”

Frank Mechaly, founder of RockStar Denim, understands how tough business has become following the premium denim industry’s boom in the first half of the decade. At his previous company, 575 Denim, he employed 285 people to sew, wash and finish jeans, tallying close to $30 million in revenues in 2006. With RockStar, which he started 18 months ago, he employs a staff of 10 and outsources the sewing and washing. Before, he tapped into a network of three to four laundries and an equal number of sewers. Now, he has whittled the list to one for each, sticking with those he’s known the longest.

It’s also important for the sewers to be consistent in producing RockStar’s signature style: a biker jean that requires 72 operations, or twice as many in a basic five-pocket boot cut, for the knee pads and contrast stitching splicing the front legs. With a tie-dye style and other novel looks retailing for more than $210, Mechaly has succeeded in landing his new label in better boutiques such as Lulu in Miami.

“I want to keep my product high end,” he said. “In order to keep my criteria, I need to keep production local.”

Stronghold took local production to the extreme by transferring all of the manufacturing operations from external factories to the confines of its red brick headquarters on a popular pedestrian pass in Venice, Calif. Michael Paradise, co-founder of the four-year-old, Americana-inspired brand, said it can handle the production of patterns, samples and finished jeans with a six-person sewing team because the runs are so small, topping out at 400. Plus, Stronghold simplified its washes to two options: a dark rinse and a vintage finish that evokes a light but tinted stonewash.

“I had problems with all the manufacturers,” said Paradise, adding that by taking control of production, “I know I’m going to deliver.”

Not everyone can afford to take a stand like Paradise. In the case of Alexandre Caugant, it costs twice as much to sew and wash jeans in Los Angeles than it does in Mexico. That’s why, in January, he shifted production to south of the border for Smet, the denim line he’s making under a license from Christian Audigier, and Vintage Laundry, his year-old line formerly known as AC Jeans.

Choosing Mexico as the site for manufacturing helped him lower the wholesale prices for his men’s and women’s jeans to $69 and $59, down from $98 and $89, respectively. Even when stores mark up the price by a rate of 2.5, his retail prices remain well under $200, which is what Caugant believes represents the threshold for what shoppers are willing to spend on premium denim in a recession.

Caugant acknowledges that he had to make certain sacrifices in Mexico. It takes twice as long to turn around an order for the jeans made in Mexico — between four and five weeks — than it does if he had employed a factory and washhouse in Los Angeles. During the recent swine flu epidemic, the factory he used in Mexico closed down for about three days. He also pays for a Los Angeles-based technician to travel to the Mexican factory and spend between two and four weeks teaching the workers there how to process new treatments for the denim.

As apparel manufacturing jobs have been migrating overseas over the years, the remaining businesses are trying to adapt. In some cases, as Seven For All Mankind learned, they are taking on projects that are not within their area of expertise.

“They begin to dilute whatever their expertise is and you get a product that is inferior in comparison to the most consistent factories,” said Topher Gaylord, president of Seven For All Mankind, the premium denim label owned by VF Corp. “We are fortunate to work with a handful of the best factories in the world that have remained resilient and full during these times.”

Even in the economic downturn, the denim laundries in Los Angeles find themselves continuously busy because of their world-class reputations for being innovative leaders in the newest trends. In comparison to the wider selection of sewing contractors, the relatively limited number of wash houses also helps burnish the reputation of exclusivity and keep prices high. Several designers have lamented that the wash houses, which are already operating at capacity, refused to lower prices.

At Denim-Tech, for instance, sales are up 20 percent from last year through robust business with customers such as Earnest Sewn, Double RL, Rogan, Helmut Lang and Simon Miller. Aware of how the emphasis on lower prices has moved through the supply-and-demand chain from consumer to retailer to designer, the laundry negotiates with its clients to meet a certain price point.

“We work together as a partnership,” said Denim-Tech’s Park. “The partnership is the most important asset we have.”

Denim-Tech also relies on a database that it uses to analyze trends, best-selling washes and lead times, all in effort to make the business more efficient and economical. As such, the laundry has booked appointments with designers to discuss new developments for washes through the end of June. To secure an appointment, a designer must first pass a credit check as part of a long-standing rule that became strictly enforced in the beginning of the year.

“For customers that don’t have good credit, we don’t even do business with them,” Park said.