Levi Strauss & Co. is celebrating the official opening of its largest Levi’s store in Europe today, a 6,480-square-foot flagship in Rome. 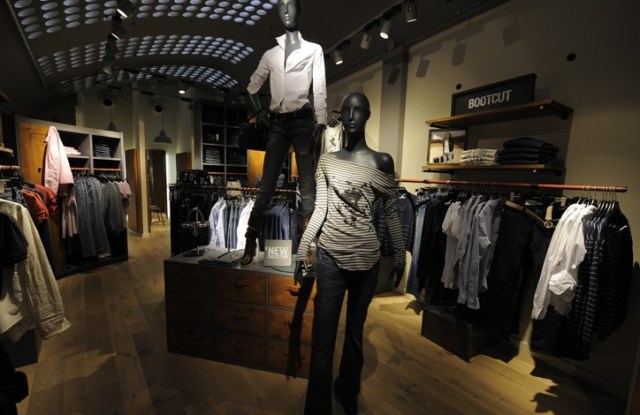 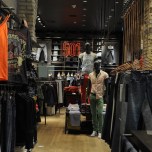 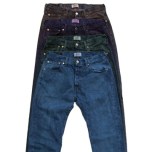 Levi Strauss & Co. is celebrating the official opening of its largest Levi’s store in Europe today, a 6,480-square-foot flagship in Rome.

Located on central shopping street Via del Corso, the store had a soft opening earlier this summer and is intended to herald a new direction for the brand in Europe.

“For years, we have neglected the fact that this is the brand that invented jeans,” said Armin Broger, president of Levi Strauss & Co. Europe, Middle East and Africa. “It’s even more logical to focus on this heritage now that customers are focusing on brands that are more authentic and express real values, rather than of-the-moment trends.”

According to Broger, this new customer direction is becoming more prevalent in Northern Europe and the company intends to make moves to capitalize on the shift. Levi’s has opted for an understated and almost minimalist design approach with the Rome location, with little furniture and bare walls in order to enhance the feeling of space and put focus on the product.

In addition to wood elements, there are a number of copper panels that serve as a reminder of Levi’s workwear tradition, he said.

“The attention is all on the product” rather than the decor, he added.

The store’s opening is also being used as an opportunity to celebrate Levi’s longstanding partnership with Martelli Lavorazioni Tessili, the Italian company considered a leader in washes and finishes. A limited series of 600 Levi’s 501 in four dyes will be available at the store. Retailing at 150 euros, or $216 at current exchange, the jeans are being previewed in Rome and will later be distributed outside Italy.

Levi’s also dedicates a room in the Roman flagship to women, which will be “a strong focus for us next year,” said Broger.

“We’ve done extensive research on 60,000 female shapes and got six fits,” he said. “I think this is the most complete and perfect segmentation I’ve ever seen, as it covers 92 percent of the population. It’s difficult not to find your own fit.”

There are 51 Levi’s stores in Italy, of which three are directly owned.

Broger declined to provide sales forecasts for the store, but said “two ambitious projects for London and Paris” are in the works. For the first half of the fiscal year ended May 31, Levi’s European revenues slid 18.1 percent to $488.4 million.