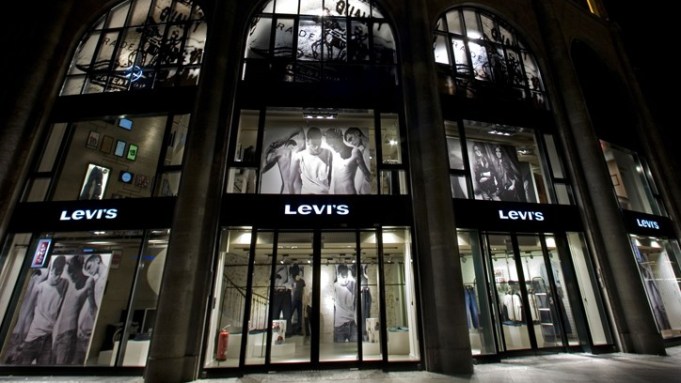 BERLIN — Levi’s unbuttoned a new look for the denim brand’s European stores with the opening of its refurbished flagship here this month.

“The store in Berlin is actually a kickoff for a further rollout,” said Michael Strehler, director of Levi’s in Germany, Switzerland and Austria.

Levi’s flagships in London, Paris and Milan are slated for a makeover along the lines of the Berlin design, although each store will retain elements appropriate to its market.

“We see it as a store of learning, and will see which elements we can take for other stores,” Strehler said.

The 5,400-square-foot unit on Kurfürstendamm has gone from what one sales associate described as a “big, dark shop over two floors” to an open-yet-intimate, three-floor treasure trove. The design is intended to create a cleaner and edgier look, giving each of the Levi’s collections a home of its own “in an environment relevant to the consumer,” Strehler said.

The walls of the ground floor are stripped to raw concrete and brick, and now function as a changing “special presentation” area. With a new, integrated 501 advertising campaign bowing soon in magazines, city posters, movie spots and in window decorations, the area is devoted to the classic Levi’s model. Also on display is art work from Danny Sangra, a member of Cologne-based Modart group of young pop and street artists with which Levi’s Germany frequently works. Sangra’s graphics also cover half the front windows, creating an abstract peep-show effect.

A winding staircase connects the floors, and the concrete walls have been dotted with flat, black-framed ads, graphics, memorabilia and video images illustrating the history of the brand. The compact second floor, previously a walk-through passage, now houses Levi’s Blue, a premium denim collection, for men and women.

The main sales space mixes historical and contemporary design features. Customers can use a touch screen to access the Levi’s catalogue in a painted frame on a side wall or another set into an antique-style wooden table in the section for Levi’s Vintage. The vintage collection has been designed like an oversize safe with floor-to-ceiling closets, with denim shirts folded in Levi’s boxes and jeans hanging on chains. There’s also the even-more-private, wood-paneled back corner for Levi’s Collectibles, featuring built-in cabinets unlocking to reveal an outfit.

“We wanted to create an appealing atmosphere but one where you can also earn money,” Strehler said.

The brand is performing well in Germany, which he said is neck-in-neck with Italy and Spain as Levi’s strongest European market, after France. Sales for 2007 in Europe and Germany saw double-digit gains, and in the first half of 2008 Levi’s Germany maintained high single-digit growth “which is very positive in comparison with the general market,” Strehler noted. European revenues rose 12.3 percent to $596.4 million during the first half of this year.

Strehler has overseen a four-year strategy to strengthen the brand in Germany. After cleaning up unauthorized distribution by creating a closed retailer-network system, as well as expanding its factory outlets, Levi’s reworked its point-of-sales presentation.

Germany’s recent and brief economic upswing has waned, Strehler said, “but this brand is seen as being relevant and as having a history, and it’s trusted in tough times.”