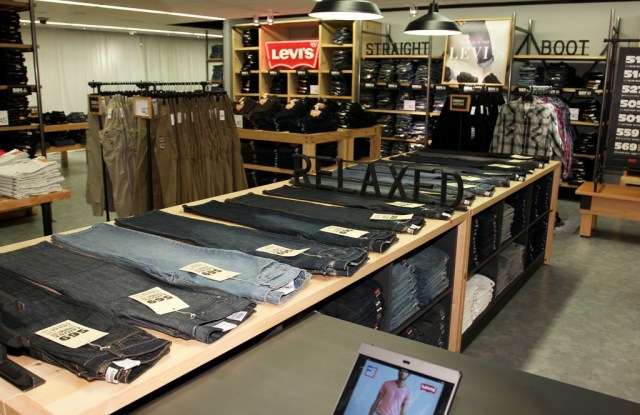 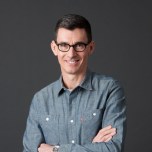 Levi Strauss & Co. busted out in the second quarter with large increases in margins and profits as sales improved and costs came down.

Chip Bergh, president and chief executive officer, noted that second-half performance might be “more muted,” however, as year-on-year reductions in the cost of denim and savings on the decision to discontinue the Denizen brand in Asia will largely be behind the San Francisco-based apparel giant.

Additionally, he noted, because Levi’s fiscal year ends just prior to Black Friday, the company will lose out on the benefits of the busy shopping day this year, although it will get much of that back in fiscal 2014, when two of the post-Thanksgiving dates will be recorded.

In the three months ended May 26, Levi’s profits more than tripled to $48.1 million from $13.2 million in the year-ago quarter.

Revenues rose 4.9 percent to $1.1 billion from $1.05 billion in the 2012 quarter and gross margin, helped by reductions in cotton prices and the company’s own cost-cutting initiatives, grew 400 basis points to 49.9 percent of sales from 45.9 percent.

The boost in gross margin came from the company’s continued expansion at retail and a reduction in cost of goods sold, which fell 2.9 percent in the quarter, to $550.2 million.

Retail accounted for about 20 percent of company sales upon Bergh’s arrival in September 2011, a figure that has moved to 24 percent and is poised to go higher as the company builds on its e-commerce platform. “Our owned-and-operated e-commerce activity has moved from 2 percent of sales to 3 percent off a very small base,” he said. “It’s part of our goal to become a world-class retailer and we’re moving in that direction. We had double-digit growth for retail in the Americas; retail growth is gross-margin accretive and retail allows you to bring your brands to life in a way we can control.”

While the bulk of the company’s retail activity has been with its Levi’s brand, Bergh said the firm is considering doing more direct-to-consumer business with Dockers, which has a “limited, predominantly outlet” retail presence.

Bergh said that, as part of the company’s “expand for more” strategy, it is looking for ways to build on its presence in women’s, currently about a quarter of the business. The Revel program of body-shaping jeans unveiled this month, which will hit Levi’s stores for fall, will offer not only innovation in product but also, opening at $98, a higher price tier to the assortment.

“Clearly, to build on revenues, we have to find ways to drive growth through meaningful innovation and, after testing it with thousands of women, we know this brings significant innovation,” he said, adding that the company hasn’t yet decided when it might roll it out with its wholesale customers.

A key to Levi’s growth in the quarter was the strength of several of its core businesses — men’s Levi’s around the world, Dockers bottoms in the U.S. and the wholesale business in the U.S., the ceo noted. Not only was the company up against generally soft year-ago numbers, but last year’s second quarter was especially difficult at J.C. Penney, which had yet to institute Levi’s shops-in-shop.

The quarterly sales increase included an 11 percent gain at retail and a 3 percent increase in wholesale volume. While down slightly in the challenging Europe and Asia-Pacific markets, sales in the Americas rose 10.1 percent to $666 million. Both wholesale and retail revenues declined in Asia-Pacific, while retail helped overcome wholesale weakness in Europe. Operating income rose in all three regions.