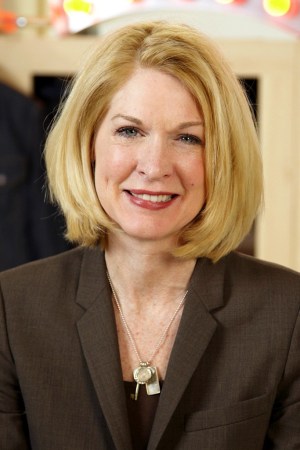 Five months into his tenure as president and chief executive officer of Levi Strauss & Co., Chip Bergh is starting to put his organizational imprint on the $4.76 billion denim and sportswear giant.

The San Francisco-based firm Wednesday promoted Anne Rohosy and Aaron Boey, the presidents of its global Dockers and Denizen brands, respectively, to new posts as presidents for commercial operations across all brands. Rohosy is responsible for the Americas and Europe and will relinquish the presidency of Dockers upon the appointment of a successor. Boey, with responsibility for Asia-Pacific, will retain the title of president of Denizen, Levi’s newest and smallest brand. Both retain the title of corporate executive vice president and continue to report to Bergh.

“We have a tremendous global footprint and the opportunity to leverage our scale,” a Levi’s spokeswoman told WWD. “As such, Chip Bergh and our company leaders are refining our global operating model and organizational structure so that we can build better synergies between our brands, be closer to consumers and customers, and deliver compelling products and experiences that win in local markets.”

The moves leave perhaps the second-most visible job at Levi’s unfilled. The company said it is continuing its search for a successor to Robert Hanson as president of the global Levi’s brand. Hanson became ceo of American Eagle Outfitters Inc. last month following his appointment in November.

A veteran of Jacuzzi Inc. and Philips Electronics’ Asian operations, Boey joined the company in 2005 as vice president and regional managing director with responsibility for the company’s local businesses in Asia, excluding Japan, and led the Asia-Pacific region before being appointed executive vice president and head of Denizen, as well as the Signature business sold in the U.S. mass channel, in 2010.

The spokeswoman said Rohosy and Boey will work with Bergh and other members of management to implement other changes within the organization, acknowledging that some streamlining could occur. “We’re working to strengthen our business,” she said. “We want to grow our top line, while at the same time, improve our profitability.”