Living on the Edge With Selvage Jeans

Raw, selvage denim carves out a place in a market that finds freshness in antiquity. 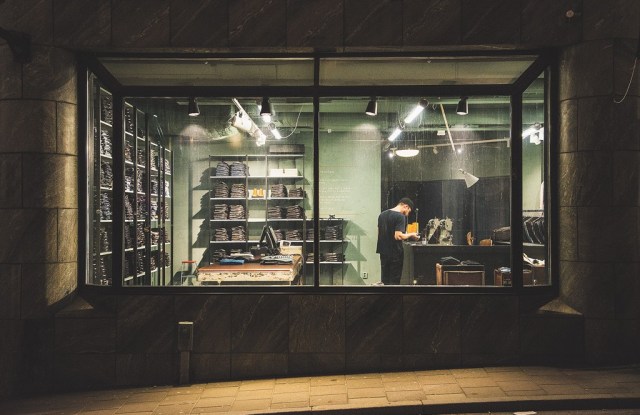 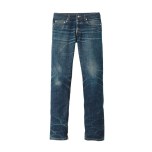 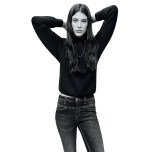 Selvage and raw jeans represent the cutting edge of the denim market.

Selvage denim, made from the edge of the fabric, is woven thicker than standard cloth, and without a wash in raw form, requires the customer to earn the distressed look the old-fashioned way through long-term wear and maintenance. It’s a throwback to the way things were before designers and engineers found ways to simulate the effects of wear on jeans.

With the rise of raw, selvage denim, companies are pioneering retail concepts and pricing models to accommodate the trend, already strong among men and gaining traction with women. A look developed in Japan in the Eighties, the strategies around raw denim are aimed at transferring the loyalty customers feel for their selvage denim pants back to the brands that created them.

The selvage stories frequently intersect with those focused on issues of sustainability and transparency.

Since 2010, the Paris-based French ready-to-wear brand A.P.C., derived from Atelier de Production et de Création, has offered customers a 50 percent discount on a new pair of jeans for trading their worn-in raw denim back for resale. The brand only accepts blue jeans that haven’t been machine-washed and have been worn in diligently over time, leaving a distinctive wear pattern in still-dark indigo dye — what the brand calls a denim “patina.” The customer writes his initials in the pants, and then his worn-in jeans are washed, ironed inside out and resold for $275 as part of the brand’s Butler Worn-Out line. Unworn raw, selvage denim pants from A.P.C. cost $185.

A trailblazer in Europe and North America for raw, selvage denim, A.P.C.’s Butler program has laid the groundwork for a new crop of pricing models and brand practices tailored to the material.

Starting next month, Closed GmbH, a Hamburg-based denim line, will offer customers a 20 percent discount on a new pair of denim pants if they return an old pair. The discount is pegged to the launch of the Skinny Pusher model — an update of the brand’s high-waisted “pedal pusher” style that is now available in raw denim. The figure of 20 percent, according to Closed representative Laura Pasqualini, “was the most reasonable discount we could offer.”

The idea of longevity is implicit in jeans that need to be worn in slowly over time, and as raw and selvage denim increasingly takes over the cutting edge of the blue jeans market, companies are also becoming more interested in their pasts.

“Building an archive is very important for us, as we have a heritage that is more than 35 years,” Pasqualini said. “We are curious to see what is still out there, and this is why we have a lottery going on, as well, where the person who returns the oldest pants will win a Closed voucher for 1,000 euros,” about $1,390 at current exchange.

“The 20 percent discount was a figure which we felt was fair for donating old or unwanted Nudie denim for a discount off a new pair — fair for both customer and Nudie,” said Andreas Åhrman, international sales and marketing director for the brand. “The program is not strictly designed to have jeans resold in-store. Indeed, the jeans can be recycled in other ways — examples are the Recycled Rugs made for the home last year, as well as the Post Recycle Dry limited-edition jeans in 2012,” a series of pants produced from recycled denim.

Unlike the A.P.C. jeans, which become more expensive, the Swedish denim is less expensive at resale. Selvage jeans retail for 169 euros, or about $235, and the repaired jeans are resold in Nudie concept stores for 50 to 80 euros, or $70 to $110, depending on the extent of repairs.
“The pricing is not inflated as we understand these are secondhand jeans,” Åhrman added.

In March, Nudie opened a second repair-store location in Stockholm — the 17th repair store worldwide — to offer customers ancillary mending services to patch the holes that emerge with the long-term relationship implicit in bottoms made from raw, selvage denim. It’s a growing part of the market, as customers become more interested in the process of breaking in their pants and watching the so-called patina mature.

Nudie, which reported sales of $64 million worldwide last year, an 18.5 percent increase, has been in the vanguard of not only recycling but in using organic cotton in its bottoms. It’s pushed heavily for transparency, too. On its Web site, nudiejeans.com, the company made its roster of contractors and their sustainability audits available to visitors. Its goal is to complete the transparency circle by allowing consumers to trace products through the production and distribution process through identification codes on products.

Edwin, the denim company with roots in Japan, has begun offering customers a 20 percent discount on new jeans if they bring their old raw, selvage denim to the store in Central London to be photographed for use on the brand’s blog.

“Recently, everything’s gone back to craft and everyone’s really into the workwear thing or vintage,” said Luke Deverell, a professional mender working for Edwin in London.

Edwin contracted his mending company, Darn and Dusted, to become a partner in its London location. Deverell oversees repair jobs and has been creating an archive of images of the well-worn raw denim pants that customers bring. For Edwin’s store in Paris, the brand has likewise partnered with tailors at La Clinique du Jean, another atelier that has emerged to service the demand for the repair of raw denim pants.

“People are getting really into raw denim and really breaking things in and making them your own,” Deverell said. “That’s where the whole denim thing is going at the moment.”