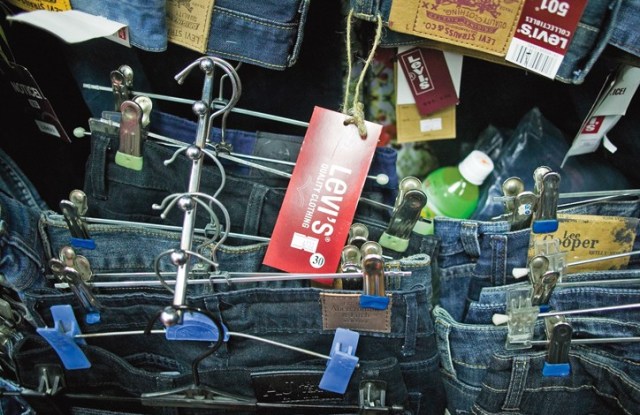 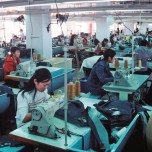 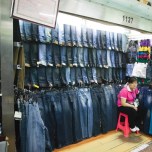 BEIJING — China is known as the world’s leading denim maker — producing about 90 percent of total global denim — and now its domestic consumer market is growing by leaps and bounds.

Analysts and companies agree China’s denim consumers are hungry for new styles, which are most often imported from around the world rather than homegrown. Today’s Chinese denim shoppers are snapping up trends from the U.S., Europe, Japan and South Korea. Plus, they are increasingly flush with cash, giving them more power to buy than ever. Researchers say that while Chinese consumers typically own far less denim than their American and European counterparts, they are buying more — especially the youth market.

“Young people from 18 to 40 are the biggest target market in the denim sector, so fashionable and creative brands do quite well in China,” said Zhao Huijing, marketing research manager for All China Data Consulting Co. “Classic looks are also popular here, so brands like Levi’s and Lee do well.”

A look at top denim sellers in China illustrates how the market is all over the map, including some global brands that have retooled their images entirely for this massive consumer market.

Zhao said his firm’s research reveals a slightly different order on the heavy hitters, with the top three international denim companies being Levi’s, Lee and Calvin Klein. Other big sellers in the midrange market are Only and Vero Moda, both subsidiaries of the Danish brand Bestseller, which also owns Jack & Jones, along with China’s Metersbonwe. Zhao said some international companies have found big success in traditional marketing, playing on aspirational ideas among Chinese consumers.

By comparison, Levi’s and Lee jeans typically retail for between $90 and $120 a pair in Beijing, while a decent Chinese brand might cost $30 to $40 for a pair. Recognizing the disparity, last year Levi’s launched Denizen, a label at entry level prices aimed at the Asian market’s emerging middle class.Designer jeans can be priced up to $300 a pair.

The Chinese retail market, while still small, is growing by double digits annually, research firms say. Total denim sales were estimated at $634 million in 2009 and expected to grow 35 percent by 2013.

“Consumers like to use clothes to present their styles, so a brand’s cultural identity is very important for them,” he explained. “International brands like Levi’s and Lee take the cultural route and their prices are very high.”

Lee Jeans had worked to make itself known in China as a representative of American denim culture, said Jerry Yu, a Lee marketing executive in Shanghai. Yu said Lee is positioned at the higher end of China’s market, playing to fashion-forward customers willing to spend more.

“Our consumers are people who have strong awareness and good recognition of American denim culture,” said Yu. “They are willing to pay higher prices for the brand culture.”

Some brands, on the other hand, have come to rely on longheld distribution channels running through the country to help them penetrate the market. In smaller cities, large international brands simply aren’t available yet, but smaller brands are quite well known.

“Brands like Only and Vero Moda first entered coastal cities of China as imported foreign brands, and selected places where the denim manufacturing industry was already very mature,” Zhao said. “They then took over their own manufacturing and developed slowly toward inland cities.”

A Metersbonwe spokesman said his company instead relies on a large consumer base spread across China. The clothing chain, one of China’s leading domestic brands, has a broad reach.

“Most of our customers are 18 to 22, and our prices may not be the cheapest but we believe we have the best price-to-performance ratio,” the spokesman said.

Working into smaller markets has also helped the company grow its denim sales, especially as China’s emergent wealth has begun to surface among consumers in the cities far beyond Beijing, Shanghai and even Chengdu.

“One of our biggest advantages is that our sales and distribution channels across China are more mature than other brands,” he added.