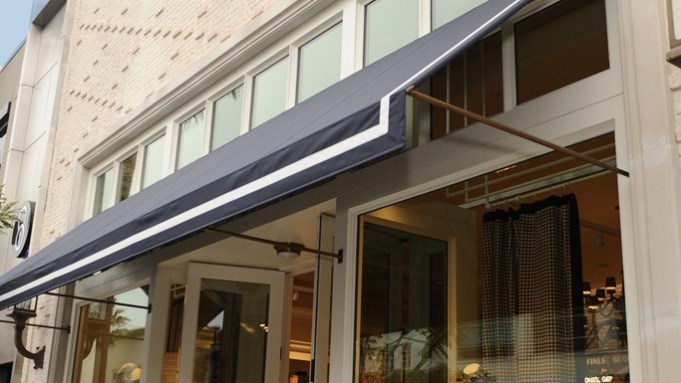 LOS ANGELES — Lucky Brand is showing its full potential at a new flagship in Beverly Hills.

The nearly 4,500-square-foot store on Beverly Drive is a platform for Lucky Brand’s increasingly expansive portfolio of merchandise that extends from kids to, for the first time, home. The store also segues with Lucky Brand, zeroing in on the Los Angeles region, its birthplace 23 years ago and the inspiration behind its spring campaign, called “L.A. Always,” shot by Mario Sorrenti. Its opening was celebrated with a party Tuesday night hosted by Lauren Hutton that drew Ashley Tisdale, Ali Larter, Colin Egglesfield, Ahna O’Reilly, Peter Facinelli, Hilary Swank and Jessica Lowndes.

Lucky Brand’s retail focus on L.A. started before Beverly Hills with recent refreshes and relocations of stores in Pasadena and Santa Monica that now occupy, respectively, 3,200 and 3,250 square feet. But it was the location of the flagship — Lucky Brand’s only in the U.S. outside of New York and prototype for the next generation of flagships — that took the most time to figure out upon the closure of a nearby store at The Grove shopping center.

“We looked everywhere from La Brea to Third Street to Robertson,” recounted Patrick Wade, executive vice president and creative director of Lucky Brand. Of Beverly Drive in particular, he said, “We love that it’s both for locals and tourists. The size that we got is a big part of it and being next to [the restaurant] Nate ’n Al, which is an institution, is great, too.”

Wade pointed out the design of the Beverly Drive flagship is meant to recall Beverly Hills residences with a healthy dash of Hollywood glamour. The bright environment emphasizes its expanse. There are large white doors that greet customers, and white brick covering the exterior. Pretty soon, ivy will bring another feature to the exterior. Inside, there are glazed white tiles, six-foot chandeliers, light wood flooring with wide planks and recessed lighting.

Although Wade and Dave DeMattei, chief executive officer of Lucky Brand, have tinkered with putting men’s at the front of the brand’s stores on occasion, the flagship has women’s at the front because DeMattei explained, “It’s the business we want to grow. We think as a fashion brand, we should lead with women’s.” However, the women’s and men’s sections share similar set-ups. They each have distinct denim areas and areas with broader displays of merchandise that are arranged in outfits to demonstrate how customers can wardrobe themselves in Lucky Brand and by color.

Fitting rooms, crucial spaces where all Lucky Brand’s segments come together as customers try on merchandise, are at the heart of the flagship. It’s no surprise, then, given the importance Lucky Brand is placing on its growing accessories business that a roomy accessories section takes up roughly 700 square feet next to those fitting rooms. The section contains an array of handbags, which launched for fall, and footwear, a highly productive category for the label. “We are very aggressive with the accessories,” said DeMattei. “To me, the future is a stronger accessory presence in our stores.”

Kids are getting their fair shake at the flagship as well. The store has an 800-square-foot kids section, the biggest of any store in Lucky Brand’s fleet. It has the full range of Lucky Brands’ kids’ clothing from size 2T to 14. “This is the first time we really had the space for it rather than it being an afterthought,” said DeMattei. In kids, he sees extended sizes being a robust sales driver going forward. Kids product is currently carried in 22 Lucky Brand full-price retail doors, and it will be in 24 by the end of November. Some 15 outlets stock the complete range of kids merchandise.

At the end of the second quarter, Fifth & Pacific Cos. Inc.-owned Lucky Brand, which has been up for sale, had 171 full-price stores and 52 outlets in the U.S. and Canada. Its net sales decreased 2.4 percent from the same quarter a year ago to $109 million. Sales per square foot for comparable stores over the last 12 months were $463. The brand made its international retail debut in the second quarter in Indonesia and is spreading retail to South Africa and Panama during the remainder of this year.

Fifth & Pacific has expressed confidence that Lucky Brand will meet its targets for financial performance in the second half of the year, and DeMattei was excited by the early reactions to the holiday assortment. “We are very optimistic about the brand,” he said.