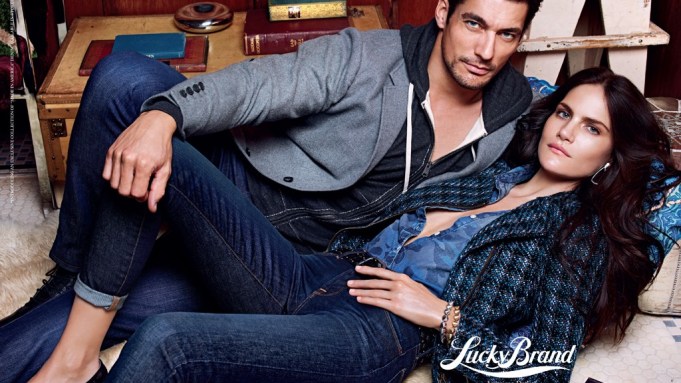 The summer M&A rush has turned into an autumn of delays.

Several deals that have been in the works are all taking longer than expected — including Fifth & Pacific Cos. Inc.’s divestitures of both Lucky Brand and Juicy Couture and Joe’s Jeans Inc.’s acquisition of Hudson Jeans.

The frontrunners to acquire Lucky and Juicy have both dropped out, creating an awkward situation for Fifth & Pacific, which sources said was looking to sell the brands to pay down debt and fuel the growth of Kate Spade. The firm, which declined to comment Tuesday, is still working to sell the brands.

Meanwhile, the Hudson deal has been delayed by a month as Joe’s worked to secure financing.

In the case of Lucky, the weakening outlook at the business appears to have been a key factor in the last-minute change in M&A dance partners. Fifth & Pacific had been in exclusive talks with private equity firm Advent International for Lucky, but the deal fell apart “on the one-yard line” late last month, according to one of several financial sources, who confirmed that the deal fell through.

The negotiations were said to have grown tense and the two sides had a falling out, but most of the blame was leveled on the brand’s outlook. Advent was also said to have been spooked by Fifth & Pacific’s $22 million settlement over alleged breaches of contract following its sale of Mexx to Gores Malibu Holdings (Luxembourg) Sarl.

Even as Advent stepped out, one source said, at least three other players have moved to the fore and are vying for Lucky, although their identities could not be confirmed. The denim brand saw sales fall 2.4 percent to $109 million in the second quarter. The brand’s adjusted earnings before interest, taxes, depreciation and amortization totaled $4 million, half that of a year earlier.

On a conference call last month, William L. McComb, chief executive officer of Fifth & Pacific, noted, “The [second] quarter came in a bit softer in adjusted EBITDA than we’d anticipated, stemming largely from Lucky Brand posting a plus 2 percent comp, versus our high- to midsingle-digit target, as the brand was impacted by challenging traffic patterns in April and May that were apparently evident industry-wide.”

At Juicy, sources said that IDG Capital dropped out of the bidding last week. Talks intensified between Fifth & Pacific and IDG in August, and Authentic Brands Group was seen as a backup bidder.

Now it looks as if Authentic could leap to the forefront. Calls to Authentic for comment were not returned.

Sources said there’s no guarantee at this point that brand management firm Authentic would be able to get a deal done since it would need an operating partner.

How to value Juicy’s operations could also be an issue.

Not only has the general retail outlook weakened, last week a Manhattan federal court judge ruled that an office building housing a 1,700-square-foot Juicy flagship at 650 Fifth Avenue could be the subject of a forfeiture action by the U.S. government.

The U.S. Attorney’s office in Manhattan argued that the Alavi Foundation, which owns the building, was connected to a shell company controlled by a state-owned Iranian bank known as Bank Melli. With the Iranian government designated as an entity that sponsors international terrorism, any of its assets can be seized to fund restitution claims by terror victims.

Legal and real estate sources said that the lease, even if the building is forfeited and sold by the U.S. government, is likely to stay undisturbed and its lease terms intact. CBRE, the real estate firm that manages 650 Fifth Avenue, declined comment.

As for the Joe’s Jeans deal to buy Hudson, it appears on track to be wrapped up this month, later than its expected closing date.

The deal, in which publicly held Joe’s would pay $97.6 million in cash and convertible notes for the assets of privately held Hudson Clothing Holdings Inc., was unveiled on July 15 and originally was expected to close by Aug. 31. When details couldn’t be hammered out in time for a Sept. 15 deadline, a waiver was granted extending the date to Sept. 30.

CIT Group, which has provided day-to-day financing to both companies, remains committed to the deal, according to market and financial sources. A second lender, believed to be Goldman Sachs, has withdrawn, with the transaction moving toward completion with the participation of Garrison Investment Group in Goldman’s place.

Originally structured as a three-tranche financing package, it is understood that the acquisition and related financing costs of about $80 million now consist of two legs, a senior secured revolving credit line, as before, and a second loan.

As envisioned when the transaction was disclosed two months ago, the selling parties, including Hudson founder and ceo Peter Kim and Fireman Capital Partners, will receive convertible notes with a value of about $24.1 million plus cash.

Alterations to the deal will afford Joe’s a quicker path to debt payback, more cash on its balance sheet following the acquisition and lighter tax liability, sources said.

Kim and Marc Crossman, president and ceo of Joe’s, declined comment as they continued to work on the deal.