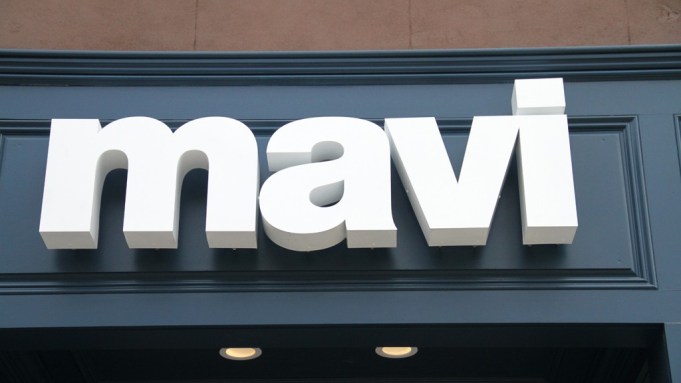 Mavi, the denim brand founded in Turkey, has big global plans and a grassroots campaign in the U.S.
“The goal is to be a $1 billion business in the next three to five years,” said global ceo Ersin Akarlilar, who added that Mavi’s 264 stores in Europe, which are mostly company-owned, generated revenues of $400 million last year.

However, retail in the U.S. has been nonexistent since Mavi shuttered its flagship in Manhattan’s Union Square when its lease expired in 2009. The company said it couldn’t come to terms with the landlord.

Mavi is reentering the American market with a new, 2,400-square-foot flagship on Fifth Avenue and Union Street in Brooklyn, and an upcoming 1,000-square-foot unit on Smith Street, also in the borough. The former opened last week, and the latter is launching later this month.

Akarlilar said he expects the flagship to do $600 a square foot in annual sales, or $1.5 million a year.

In the next five years, Mavi plans to open 25 to 50 stores in North America, according to Akarlilar. “We’ve been growing 30 percent per year globally for the last five years.” He added that Mavi sees opportunities for growth in Turkey, Russia and Poland, for both wholesale and retail.

“We are very excited to be opening two Mavi retail stores in Brooklyn,” Akarlilar said. “Both areas are where the Mavi customer lives and works. We like Brooklyn, we know it. The neighborhoods are the Mavi demographic. We’re going to use these new stores to test various product assortments and retail environments to better gauge how the U.S. consumer shops.”

Mavi’s business is equally divided between wholesale and retail, women’s and men’s and tops and bottoms. The brand has 4,000 wholesale accounts worldwide. Nordstrom is Mavi’s biggest account in the U.S.

The two Brooklyn stores are smaller than Mavi’s usual footprint, which in Europe ranges from 6,000 to 6,500 square feet. Akarlilar said Mavi would look for stores in the range of 4,000 to 5,000 square feet in this country. “We have the appetite to look at opportunistic [deals],” he said. “Smith Street is a good opportunity, but it’s too small.”

While Manhattan customers consist of both tourists and residents, the two affluent Brooklyn neighborhoods where Mavi is setting up shop are home to affluent families, Akarlilar said, adding, “These are young neighborhoods.”

The flagship features Mavi’s new denim kitchen concept, with stacks of folded jeans on shelves attached to an exposed brick wall. The “kitchen” comes from the sink in the center of a long narrow table, where sales associates “cook” up the perfect pair of jeans for customers. It’s a gimmick, to be sure, as there’s no custom product. But the props, buttons, rivets, wash treatments and spools of thread displayed on the table clearly illustrate the different elements involved in making jeans.

“It’s about the materials we use,” Akarlilar said.

The flagship’s merchandise is 60 percent denim. “We have all apparel categories — outerwear, wovens, T-shirts, sweaters and dresses, plus accessories such as handbags and wallets,” Akarlilar said. “We’ll show the whole collection. We may need to tweak the products” for American tastes.