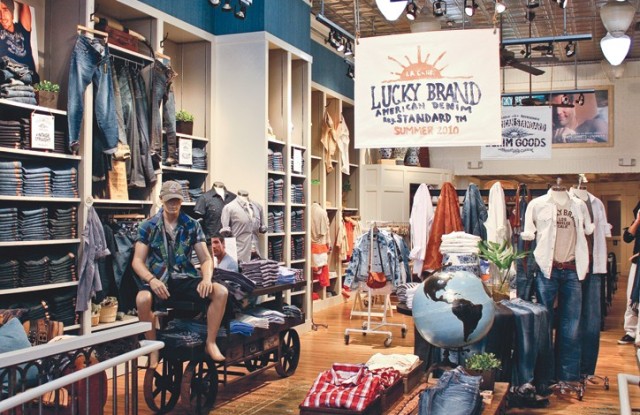 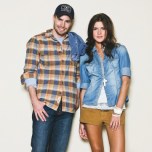 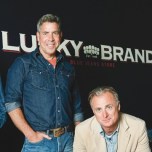 On a visit to Lucky’s San Francisco store last fall before officially taking the job at Lucky in January, DeMattei noticed the fundamental tenet of retailing was being ignored. He couldn’t find jeans in certain sizes and the organization of the store was confusing.

“It’s hard to shop,” he told his future boss, Liz Claiborne Inc. ceo William McComb, and Lucky co-founders Barry Perlman and Gene Montesano, who all flew to San Francisco to meet with him.

Four months after joining Lucky, DeMattei is applying his 25 years of retail experience gained at Williams-Sonoma, J. Crew, Gap and Banana Republic to turn Lucky around.

His first order of business is to entice shoppers with snazzy display windows that show off jeans selling for less than $119. Second, he plans to do more direct marketing to the 500,000 customers in Lucky’s database with e-mail blasts and catalogues. Third, all Lucky stores will begin using a new computerized replenishment system that will help them restock popular styles more quickly. Last, and perhaps most important, he plans to focus intensely on product and merchandise management. DeMattei is reducing the number of graphic T-shirts, increasing the number of women’s styles by 30 percent and expanding offerings for woven tops, sweaters, dresses, skirts and jackets.

“It’s disciplined merchandising,” DeMattei said at his office in Lucky’s headquarters here outside of Los Angeles. “You have to be strong, efficient and more focused.”

DeMattei will be narrowing his focus at Lucky even more in the coming months. Ordered by McComb to grow the brand, he is seeking to strengthen the denim business, which makes up half of Lucky’s sales, with novel items such as skinny jeans accessorized with railroad-stripe suspenders. As part of the focus on denim, he aims to elevate Lucky Legend, the premium denim subbrand that launched in 2007 with retail prices starting at $119, by opening a freestanding concept store as soon as next year.

DeMattei also hopes to capitalize on emerging trends such as khakis. He’s readying the introduction of Surplus Collection, which will give a vintage twist to khakis, as seen in olive green military jackets that zip on the side and safari-style dresses.

“[Lucky] wasn’t as sharply focused as it needs to be in this competitive market,” DeMattei said. “Sometimes brands become their worst enemies. The customer is always looking for what’s next in retail.”

DeMattei, 53, has seen retail change a lot over the decades. He began his apparel career in 1983 at Gap, where he was chief financial officer and also president of the Banana Republic unit. He subsequently became president at J. Crew, Coach’s North American business and the Williams-Sonoma group that encompassed Williams-Sonoma, Williams-Sonoma Home and West Elm. At Williams-Sonoma, he created the retail concept for West Elm.

“We are trained retail people, as opposed to being trained wholesale people,” DeMattei said. “It’s about flow and how things sit together and color palette [in the store].”

DeMattei insisted he isn’t turning his back on the wholesale business, which makes up half of Lucky’s sales through retailers including Macy’s, Belk, Bloomingdale’s and Nordstrom.

So far, DeMattei is on the right track, said Jennifer Black, ceo of a namesake research and analysis firm in Lake Oswego, Ore.

Moreover, DeMattei and Wade have a knack for style and presentation, which they will need to put to good use as they set about sprucing up Lucky. Their homes in San Francisco and Napa Valley have been prominently featured in House Beautiful magazine. José Picayo, the lensman who snapped the tasteful photos for House Beautiful, was hired to photograph Lucky’s new marketing campaign in Malibu, Calif., with a crew of freshly scrubbed, sun-kissed models. Moreover, their personal collection of antique blue and white porcelain inspired the similarly hued vases that add a touch of chinoiserie to the renovated stores.

“They’re artistic and I think that’s what it takes,” said Black, adding that she hopes their flair will translate well to the store windows. “The windows are so important because that’s what draws people in. They need to step it up a notch and tell a story by the windows.”

DeMattei is undertaking this ambitious project as the retail industry recovers from the Great Recession.

“Traffic trends remain subdued across channels, particularly in mall locations,” said McComb in a recent conference call with analysts regarding the company’s first-quarter earnings. “The consumer is not back in force. Those that are shopping want to buy….But I would say there are many that have still not returned to the stores.”

Lucky became part of the Liz Claiborne family in June 1999, when it sold a majority stake to the New York-based conglomerate for $113.5 million. Liz Claiborne continued to buy the remaining shares over the next decade. In total, Liz Claiborne paid more than $216.9 million for Lucky. Montesano and Perlman are in the final year of a three-year contract that stipulates they step back from day-to-day responsibilities and take nonoperating creative consultancy roles.

In the first quarter ended April 3, Liz Claiborne narrowed its net loss to $71.8 million from $91.4 million by reducing expenses, while sales fell 22 percent to $608.5 million from $775.3 million. For the rest of the year, Liz Claiborne said it expects sales to fall between 10 and 15 percent.

First-quarter sales for Lucky decreased 5.5 percent to $92 million. Lucky’s comparable-store sales decreased 10 percent, with sales per square foot totaling $420. Lucky ended the quarter with 180 stores in the U.S. and 12 in Canada. It operated 46 outlet stores in the U.S.

“There’s room for growth,” said DeMattei, although declining to reveal locations and a timeline for future store openings. “A premium brand [like Lucky] could have 300 stores in the marketplace.”

In the meantime, Wade is directing the renovations of 10 flagships, including the unit on San Francisco’s Grant Street and the NorthPark Center shop in Dallas. His goal is to make the store experience “more exciting, easy to shop and more relevant,” he said.

In addition to blue and white vases, he’s giving a fresh, textured look to the stores with brown woven trunks, vintage leather suitcases, raffia trim and light blue wallpaper printed with stripes or paisley patterns. He’s also collecting scrap metal from factories that were used to build World War II bomber planes, refashioning them as tables and shelves to display the rugged, masculine clothing in the men’s line. For the women’s section, zinc, greige wood and whitewash picture frames will enhance the feminine, romantic feeling of the coming fall collection. He’s also ordering more bust forms so that the stores can display complete outfits.

“You can walk into the store now and make an outfit,” said Lisa Lowman, Lucky’s vice president of design, who is particularly enamored with what she dubs “the third piece,” which could be a chambray workmen’s jacket or a denim blazer.

“It’s an outfit completer,” she said. “It’s all about layering.”

Nicolas Peyrache, Lucky’s director of denim, is picking up the trend of sewing patches on jeans, which are staying clean without too many tatters. He’s also looking beyond traditional five-pocket jeans to drawstring pants cut from chambray weighing as little as six ounces.

Next year, DeMattei will turn his focus to Asia, where, he said, “denim and the American brands do well.”