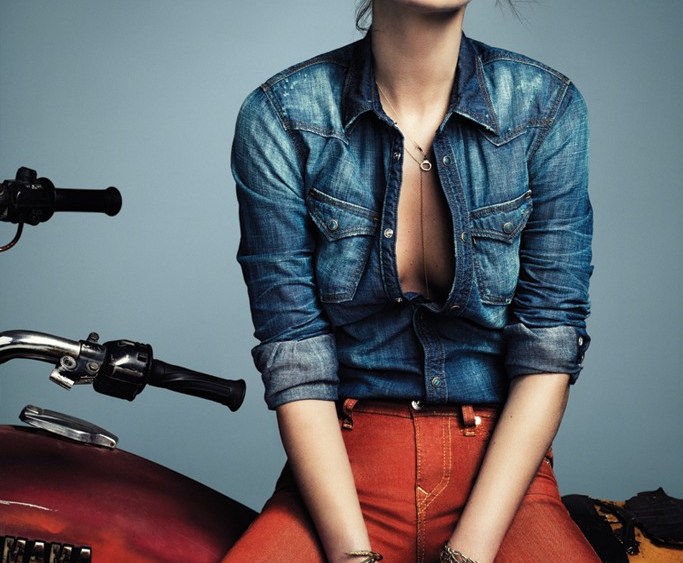 True Religion Apparel Inc.’s effort to spread its denim-based gospel around the world is headed to South America.

The Vernon, Calif.-based premium jeans and sportswear marketer has signed a distribution agreement with TRX Brasil and will shortly disclose plans for its first store in Brazil, planned to be located in São Paulo.

The move into South America comes as True Religion accelerates its push — through both distributors and its own organization — into a series of new markets. So far this year, it has raised its fleet of company-owned stores to 140 — 116 in the U.S. and 24 overseas — with the addition of 15 units, eight in the U.S. and seven in international markets. That puts it well on its way to realizing its 2012 store-opening plan for 14 international stores and 13 in the U.S.

The new international stores controlled by TR include four in Canada and one each in Ireland, Austria and Japan.

Those figures don’t include stores operated under distribution or franchise arrangements, which have been another source of growth for the company. This year, True Religion opened its first stores in Spain, Madrid, Morocco and Taiwan, all with local partners.

The Brazilian arrangement follows a similar deal signed last year with China’s Envols International Trading Co. Ltd., granting it rights as the exclusive distributor for the brand in China and the nonexclusive distributor in Hong Kong. Under that agreement, the first True Religion store in China opened in Shengyang Zhongxing at the end of last year, and, following openings at Dalian Parkland and Nanjing Deji Plaza in the spring, the brand established a stake in Beijing at Beijing Oriental Plaza.

Overseeing TR’s growing international operations is Giuliano Sartori, who joined the firm as vice president of international after serving in similar capacities at Kellwood Co., VF Corp. and Guess Inc. Lynne Koplin, president of the company, said Sartori is expected “to build our international business on a solid foundation so it produces sustainable operating profits for years to come. Our international priorities include working with successful established partners, merchandising each key market to accommodate their local preferences, and planning and pricing our product strategically.”

While international is a key part of True Religion’s growth strategy, it has not been an easy business to manage in recent days. Although the company’s second-quarter profits exceeded Wall Street’s expectations by 4 cents a diluted share, landing at 39 cents, analysts were disappointed both by a shortfall in revenues, which came in at $104.9 million, and by the conservative tone of the company’s guidance.

International results were a major component of the disappointments. Along with a less-than-enthusiastic reaction to new directions taken to reinvigorate the company’s women’s merchandise — described by Koplin as being “too aggressive” in its effort to update — declines in Korea and Canada were principally responsible for a 2 percent drop in international revenues, to $17.7 million from $18.1 million in the second quarter of 2011. With its retail efforts in the U.S. paying off — U.S. direct sales rose 9.4 percent to $64.4 million as same-store sales rose 2.4 percent — and its wholesale operations in the U.S. also generating growth, up 6.7 percent to $22.4 million on strength in its men’s assortments, international’s share of revenue declined to 16.9 percent of revenues from the year-ago level of 17.2 percent.

At the same time, the company benefited from the rapid pace of its overseas expansion as retail net sales outside the U.S. rose 114 percent on an expanded retail presence and, with the shift toward retail, international gross margin rose 550 basis points.

As the company continues to push into overseas markets against steady headwinds, True Religion has unveiled a new advertising campaign for fall. Shot by Nino Muñoz with styling by Katie Mossman, the ads feature models Emily DiDonato and Ryan Heavyside in shots aimed to demonstrate the brand’s dedication to “the reinvention of American classics.”

Marketing will be spread among print, digital and outdoor, with print and outdoor receiving a greater investment than in previous seasons. Vogue, InStyle, Elle, Vanity Fair, GQ and Esquire are among the magazines scheduled to run the campaign.

Jeffrey Lubell, chairman, chief executive officer and chief merchant of the company he founded, commented, “This season, I was inspired by the spirit of America and the unique style that the country embodies. The fall-winter collection stays true to self-expression and individuality while continuing to exude the integrity of American design.”