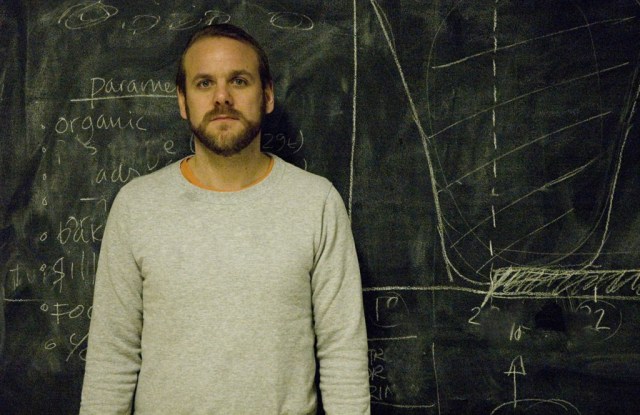 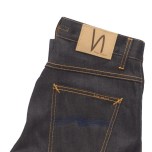 A drop in worldwide production of organic cotton isn’t stopping Sweden’s Nudie Jeans from realizing its aspirations of marketing an all-organic denim line.

With help from five different denim suppliers, three of them in Turkey, and two jeans producers, Nudie’s fall denim line will be made entirely from 100 percent organic cotton, the culmination of a process that began six years ago and had seen the organic percentage within the line top 60 percent for spring.

“Sustainability doesn’t stop at fiber content,” said Palle Stenberg, cofounder and chief executive officer of the Göteborg, Sweden-based firm. “We’re using nontoxic indigo dye, producing labels with 100 percent organic paper, even using rivets and zippers from raw ungalvanized copper. This is not only more environmentally friendly, but the ungalvanized trims age beautifully, and the denim does, too.”

Even with the move to organic, which carries higher raw material costs, Nudie has been able to maintain its opening retail price point of about $179. “The difference between organic and nonorganic cotton isn’t as considerable as people perceive, only 10 to 15 percent,” the ceo commented. “Margins are admittedly smaller, but the prices remained the same. The reaction from retailers globally has been extremely positive.”

He emphasized that the shift didn’t take Nudie off the hook from the other elements of competing in the worldwide jeans marketplace. “The fact that our denim is organic should be a bonus to already buying a pair of quality, well-fitting jeans,” he said. “The economic climate is tough and price remains a sensitive point with consumers. We know that consumers are going to look at the whole package before they make a purchase.”

He does see opportunity with retailers to demonstrate their commitment to sustainable products, the ranks of which appear to be growing.

Nudie, founded in 2001, had sales last year of about 36 million euros, or $50.2 million at average exchange. Throughout its history, the company has aimed for a more sustainable approach to its denim output and has enlisted the aid of Italy’s Blueline Project, its primary jeans producer, and, on the fabric end, Turkey’s ISKO. For spring, ISKO, in a project initiated by Nudie, developed a recycled denim program in which used jeans from the vendor were taken apart, their metallic components removed and then reduced to their essential cotton base fibers, providing the fill for denim while organic fibers supplied the warp.

ISKO, Bossa and Orta Andalou were the Turkish denim suppliers for the organic push, with additional fabric coming from Italy’s Italdenim and Japan’s Kaihara. Blueline supplied the rigid jeans, with IdeaMode producing stretch jeans for the brand.

Nudie’s organic embrace comes at a turbulent time in the world markets. A 47 percent drop in organic cotton production in India, the world’s largest producer of the commodity, drove down worldwide output last year by about 35 percent, according to Textile Exchange. However, Turkey, the second largest market for the fiber, saw production rise 36 percent in the same period. Marco Lucietti, marketing director for ISKO, believes the increase in Turkish production is “a reflection of the growth of the national textile and denim industry, where proximity to the value chain, from cotton production to ready-made garments, is a key to winning and adapting to a constantly changing consumer demand.”

ISKO is a unit of Sanko Holding AS and responsible for about one-sixth of the parent firm’s annual revenues of about $3 billion. Between 10 and 15 percent of its products feature organic cotton, according to Lucietti, and another 10 percent include recycled yarns. Its move to embrace sustainability through alternative energies and lower consumption of water and output of pollutants was in some ways a by-product of an act of nature: a 2003 earthquake completely destroyed its previous plant in the city of Bursa, leading to its large investment in a more environmentally friendly facility.

“We expect to increase our percentage of organic cotton production,” Lucietti told WWD, “but to do that we need a larger market ready to buy organic cotton fabrics. We’re pushing on the accelerator to make this happen, and there’s no question that this project and others are helping to create momentum and visibility around sustainability.”

He recognizes there are limits. “Change in the fashion business doesn’t happen in one day,” he said. “The market is not yet ready to pay a premium for sustainable products, so those products have to have the right fashion, the right quality and the right price. Otherwise, the consumer isn’t buying.”