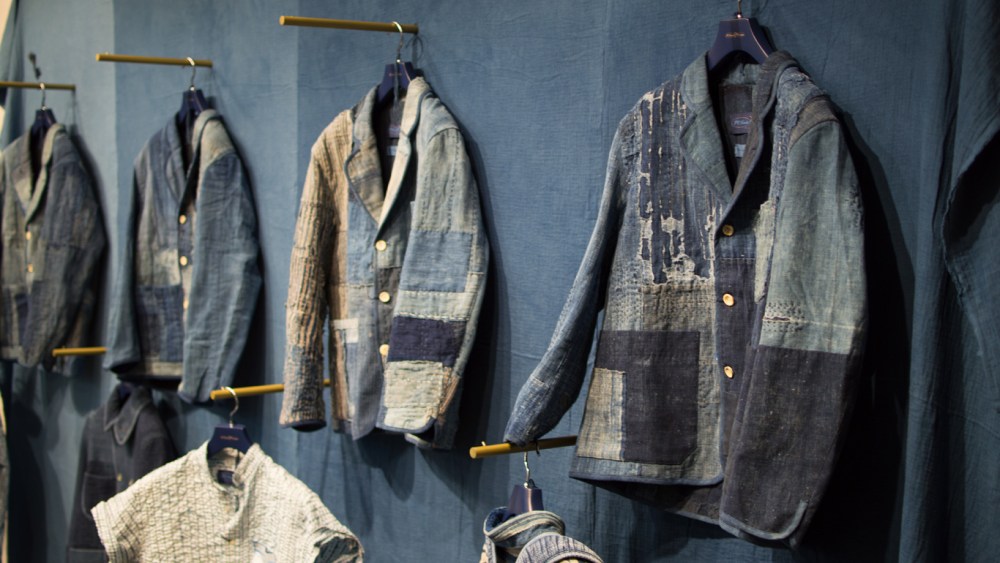 PARIS — Porter Classic has set up shop in Isetan Mitsukoshi’s Japan Store in Paris — showing and selling its garments for the first time outside Asia.

The brand, which was founded in 2007 by designer Katsuyuki Yoshida and his son Leo, is known for its use of traditional Japanese stitching techniques to create textured indigo garments.

The company has stocked the pop-up shop with a representative selection of indigo staples from its PC Classics line including stitched indigo jackets, pants and patchwork accessories in relaxed, contemporary cuts.

Garments made using the sashiko stitching technique feature a rippled texture. The kendo stitch — borrowed from Japanese boxing gear —is visually smoother but still adds a coarse contrast to the supple indigo when touched.

The brand is also showing a selection of special edition patchwork blazers made with vintage swatches from the designer’s collection.

The designer discovered the patched sashiko fabrics in a museum in northern Japan. “My father was touched by the way the material had been kept for and cared for over generations,” said Leo Yoshida at the pop-up’s opening reception Wednesday. “The fabric comes from farmers, and from moms who would sew things back together when they tore.”

The process of cleaning and reinforcing the vintage material for present-day use is delicate and time-consuming — Yoshida said it takes around one month for each jacket.

The 1,000-square-foot “Japan Store” is a “marketing exercise” for the company, which has said it would consider installing a bigger location in the French capital down the line.

The Porter Classic pop-up store will stay in place through February.