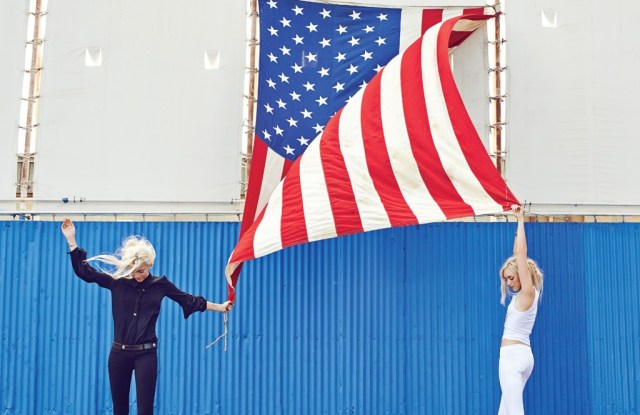 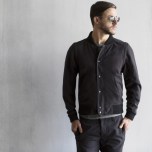 LOS ANGELES — A combination of cost and regulatory considerations is doing little to shake the commitment of premium denim brands to production in Los Angeles and other California markets.

Despite the challenges of locating a reliable contractor, jockeying for priority in a factory, protecting profit margins against rising wages and fending off lawsuits that uphold a strict state law defining “Made in USA” labels, denim companies are convinced that maintaining a manufacturing base in Southern California gives them an important edge in the marketplace.

In some cases, firms such as Siwy Denim are even expanding their capabilities.

Last month, Siwy Denim moved into a new building in Gardena, Calif., that, at 50,000 square feet, is twice the size of its previous home. In addition to 50 employees who cut, sew, embroider and handle other duties, the facility also houses its design studio, administrative offices and shipping operations.

“We have 100 percent control of what we’re doing,” said Alain Lafourcade, chief operating officer of Siwy. “If anything happens to the sewing, we’re here to react. In production, one hour is so crucial. We can fix our problem right away.”

Jen Neumeister, the brand’s creative director, added, “I’m constantly walking through the factory….There is so little room for error.”

Even with a recent resurgence in domestic production, it’s not easy to do business here. Los Angeles County has shed more than half its jobs in apparel manufacturing over the past 24 years, according to California’s Employment Development Department. Counting businesses in the cities of L.A., Long Beach and Glendale, the number of employees that cut, sew and produce clothing plummeted to 40,900 this past August from 89,200 in August 1990. More recently, Los Angeles County’s apparel manufacturing sector lost 3,500 jobs in June from a year ago.

Moreover, Los Angeles Mayor Eric Garcetti recently launched an ambitious agenda to increase the hourly minimum wage across the city to $13.25 by 2017. Earlier this year, on July 1, the state’s minimum wage rose to $9 from $8 an hour. It will increase again to $10 on Jan. 1, 2016.

“The cost of everything in California is going up,” said Sheila Foreman, owner of Garment Industry Laundry Inc. in L.A., which works with brands such as True Religion, Diesel, Helmut Lang, Theory, Red Engine, Frame and J Brand.

The garment industry must also contend with the cost of water amid a historic drought. Water is one of the primary ingredients for the denim industry’s washes and treatments. Laundries are gradually adopting new technologies like ozone, laser and dry ice to decrease water use, but these processes can be more expensive than the old ones.

Denim firms aren’t the only ones lamenting the cost of doing business in the Golden State.

“California is a uniquely difficult place to do business,” said Alex Bhathal, executive vice president of Tustin, Calif.-based swimwear maker RAJ Manufacturing, which has its own factories and employs 400 workers.

“Costs are significantly higher than all other apparel manufacturing hubs. The regulatory burden is infamous. We hear about what other governments, here and abroad, do to encourage manufacturing jobs, but in California we sometimes feel like we are personae non grata.”

Aside from controlling quality and speeding up deliveries to customers, domestic manufacturing also affords other benefits to designers.

Mary Ellen Moschetti, owner of Denimocracy and Parker Smith, a women’s brand launched a year ago to cater to an older customer who outgrew Denimocracy’s fit and styles, the Made in USA stamp helped it to snag a nomination for Martha Stewart’s American Made Awards and stand as the only denim purveyor on the lifestyle maven’s eBay store. Not to be outdone, seven-year-old Denimocracy’s domestic pedigree sparked interest from a Chinese distributor who wants to carry the line in that gigantic emerging market.

In Elie Azran’s eyes, L.A. is the home of denim innovation.

“On a daily basis, we are able to work and develop washes that would be impossible to make anywhere else in the world,” said Azran, who, along with David Rimokh, launched L.A.-based RtA Denim with a women’s line last fall and plans to expand into men’s at Maxfield’s in the spring. “The convenience factor, proximity and overall results are the reasons we make 100 percent of our denim in L.A.”

The caliber of the denim laundries in Southern California is one reason why Joe’s Jeans keeps a third of its production domestically and outsources the remainder to its factory in Mexico.

“Those are the most innovative and advanced treatments [in California],” said Joe Dahan, founder and creative director of Joe’s Jeans, based in City of Commerce, Calif. “A lot of the stuff we develop here and send to Mexico.”

On a conference call earlier this month to discuss Joe’s second-quarter results, chief financial officer Hamish Sandhu told analysts that the company’s gross margin benefited from having the “greater percentage of core products” under the Joe’s brand sourced outside the U.S. as it boosted non-U.S. production of that merchandise by about 9 percent. Hudson Jeans, acquired by Joe’s last year, has also shifted production to Mexico and other non-U.S. sources, which collectively accounted for about 35 percent of the products sold by the brand in the second quarter.

Diversification is also a challenge to the L.A. market, even when production remains in the U.S. When designers are ready to expand into other categories such as sportswear, they might need to look elsewhere for manufacturing know-how. For instance, Baldwin Denim chose a unionized factory in Chicago for jackets to pair with its jeans produced here.

“I have not found a jacket factory like that in Los Angeles,” said Matt Baldwin, cofounder and designer of Kansas City, Mo.-based Baldwin. “Ts and fleece and denim categories are what L.A. specializes in.”

Moreover, designers who want to experiment beyond basic five-pocket jeans also need to do their due diligence. With a.c.e., a contemporary denim and sportswear brand launching for spring with high-rise bell-bottoms and overalls with detachable bibs, it was crucial to find experienced contractors that not only could handle details such as Merrow stitching, but were also willing to do production runs of as little as 100 units.

“With us, we’re not doing traditional five-pocket [jeans], which makes it harder to produce,” said Chelsey Santry, creative director and chief merchandising officer for L.A.-based a.c.e. “There literally have been times when we sit by a contractor all day long.”

Even if denim brands take pride in making their jeans in California, they must be careful about a state law declaring that companies can’t promote merchandise as made in this country if any part “has been entirely or substantially made, manufactured or produced outside of the United States.” That would cover fabric sourced from leading denim mills in Japan, Italy and Turkey, as well as zippers and rivets. The state legislation doesn’t conform with national standards established by the Federal Trade Commission, which requires that a product marked as being made in the U.S. be “all or virtually all” made domestically. Though passed in 1961, the California law has come to the forefront recently with a spate of class-action lawsuits targeting certain premium denim brands and retailers. As a result, brands like Siwy Denim have changed their labels to read: “Made in U.S.A. with imported components.”

“This Made in USA standard that California law has adopted is just inconsistent with a lot of other bodies of law,” said Deborah Greaves, founder of a law firm called Label Law, who previously served as the general counsel for True Religion. “So much of the [apparel] industry has been decimated [in the U.S.] and trade is global. What does it really accomplish if you have a zipper that is, say, from Japan, but 99.9 percent of the garment is U.S.-originating? Under the California law, they wouldn’t want you to say it’s made in the U.S.”
No matter what, many players in the denim industry are staying put in L.A.

As Garment Industry Laundry’s Sheila Foreman noted, “L.A. is unlike any other as far as the most creative designers and speed to market and getting the product out there right away.”