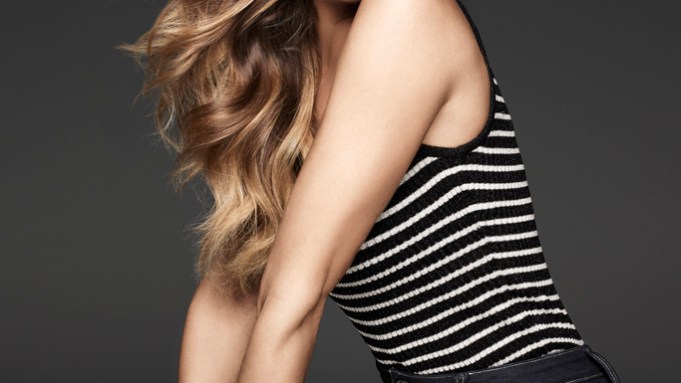 “An iconic celebrity with an iconic brand.”

That’s the way Jordache president Liz Berlinger described Sarah Jessica Parker, who will appear as the face for both The Jordache Look collection and the Jordache Collection.

Parker follows in the footsteps of other Jordache celebrity models such as Heidi Klum and Elizabeth Hurley.

Beginning today, Jordache will launch The Jordache Look collection exclusively online, which represents the firm’s entry into e-commerce. The site will feature updated versions of its vintage styles, Berlinger said.

Founded in 1978 and known for its tight, sexy, fashion-forward jeans, Jordache will tap into its popular styles from the late Seventies and Eighties, including the original high-rise, straight-leg silhouettes, rigid denim, classic back pocket embroidery designs and Jordache horse head logo stitched on the coin pocket. There will also be new styles in four-way stretch fabrics and classic washes including dark, deep indigo and acid-washed. The prices range from $89 to $149.

The brand also will offer one-of-a-kind pieces handcrafted from vintage Jordache jeans and restyled by a local artisan. These pieces, which also include a leather jacket, will retail from $300 to $500.

Parker will appear in ads for The Jordache Look and the Jordache women’s collection sold at Wal-Mart. The campaign was shot by Michael Thompson and will appear nationally in print and online, as well as in-store and across the brand’s social media channels. Berlinger described Parker as “a real person and she’s approachable.

Parker herself said the brand “has a rich history and I’ve been a fan of Jordache for many years.”

The standard Jordache collection for women and girls will continue to be sold exclusively at Wal-Mart. The women’s fall collection retails from $16.44, and is offered in the U.S. and Canada, and on walmart.com in mid-July.