Seven For All Mankind Rolls Out in Berlin 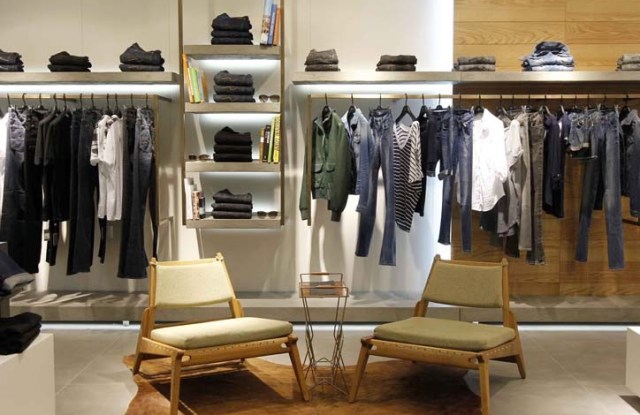 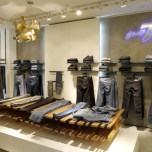 BERLIN — With the opening of its first store in Germany, Los Angeles-based jeans brand Seven For All Mankind is speeding expansion in its strongest European market.

The premium jeans label opened a 970-square-foot store last month in Berlin’s tony Quartier 206. The store design features a slick zebra-wood interior, similar to many of its U.S. boutiques, and houses the brand’s current men’s and women’s wear collections as well as perennial best-selling items such as leather and denim jackets and skinny jeans with a low rise.

“We opened our Paris single-brand store a year ago at 223 Rue Saint-Honoré, near Colette and Hermès, and its success has proven that we do well when we are associated with luxury brands,” said Marco Stein, country manager and sales director for Germany, Austria, Switzerland and Scandinavia, on the decision to open the flagship in Quartier 206.

Just days before the July opening, which coincided with Berlin Fashion Week, the label introduced its first in-store shop in Germany across town in the high-end department store KaDeWe.

The 10-year-old denim label was bought by VF Corp. for $775 million in 2007. In 2008, VF took over the German market from Unifa, the brand’s longtime distributor. Since starting in Germany nine years ago, Seven For All Mankind is sold in 350 doors across the country, including many luxury shops such as Maendler and Theresa in Munich and Best in Stuttgart.

The Berlin opening marks the first of several slated in Germany. A 1,938-square-foot shop will open in Düsseldorf early in September and further units are planned for Hamburg and Frankfurt.

“Our concept has to remain flexible to suit the different sizes of stores and locations,” said Stein. “The brand embodies a sense of California cool that is still in high demand in Germany.”

Stein said Seven For All Mankind customers are loyal because they like the fit and quality of the jeans. The company modified its price strategy in May, scaling down the opening price point from $189 to $199 for a pair of jeans to $179, “with positive results,” he added.