Silvian Heach did not write off 2009 as the “annus horribilis” it was for many in the fashion industry, as the Italian brand continued its fast-paced growth. 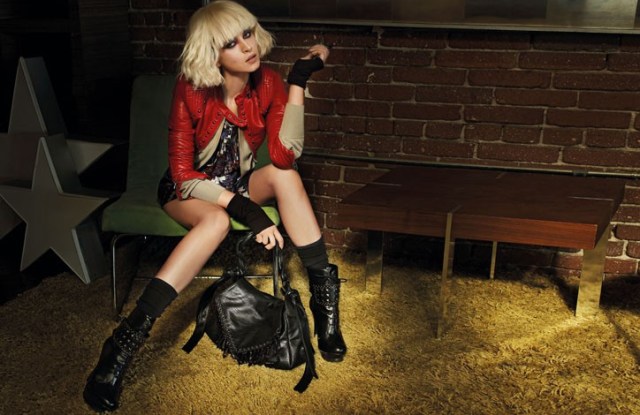 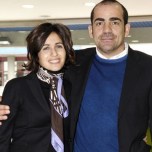 Silvian Heach did not write off 2009 as the “annus horribilis” it was for many in the fashion industry, as the Italian brand continued its fast-paced growth, international expansion and product diversification.

Last year, the company that produces and distributes the label, Arav Fashion SpA, posted a 40 percent gain in revenues, which reached 45 million euros, or $62.5 million at average exchange. The firm expects a 25 percent hike in sales in 2010 and to reach revenue of more than 100 million euros, or $123 million at current exchange, in 2012.

The secret, described by co-owner, co-founder and chief executive officer Mena Marano, seems simple enough: “The right balance of image, quality, product and price is our strength,” she said. “And constant injections of new product to stimulate our customers.”

In just eight years, Silvian Heach’s contemporary and trend-oriented looks targeting 18- to 35-year-olds have helped establish the brand domestically and internationally. The executive said that with her husband, designer Giuseppe Amaturro, she chose an Anglo-Saxon name because “England and Germany have a strong streak of creativity.”

For fall, products range from parka capes to soft jodhpurs, peaked shoulders and slashed jeans. Inspiration runs from Michael Jackson-esque sequined jackets to military or rock tops, with plenty of touches from the Eighties, too.

This spring, the company opened its first store in China — in Hangzhou — in collaboration with Wenzhou Oushi Import & Export Co. Ltd. There are now 55 Silvian Heach franchised boutiques worldwide, 15 directly operated stores and 2,000 points of sale that carry the brand. “Our goal is to expand in main international cities with growth potential, starting with China and with a focus on Spain, Russia, Greece, Latvia, Kuwait and Egypt,” said Marano.

As fashion veterans, Marano and Amaturro knew service had to be a top priority for their Silvian Heach project. The couple set up logistics in Nola, outside Naples, where the company is based. “This platform manages and moves 6 million outfits a year, deliveries are fast and we are able to cut costs,” said Marano.

Service through the Internet is also key, with a Web site that sells product online, publishes a newsletter and features a multimedia portal. “It’s one of our most important tools,” said Marano, who also touts the value of social media, including Facebook and the brand’s iPhone app. “We have an immediate feedback from customers….It replaces phone calls and mail.”

The company produces more than 600 outfits for each collection and also counts children’s and accessories lines. The latter, including footwear, bags and belts, was launched last October. Retail prices range from 24 euros, or $30, for a shirt, to 34 euros ($42) for a pair of pants, to 59 euros ($72) for a jacket.