Miller and Ryu are the denim brand's new creative directors for men’s and women’s, respectively. 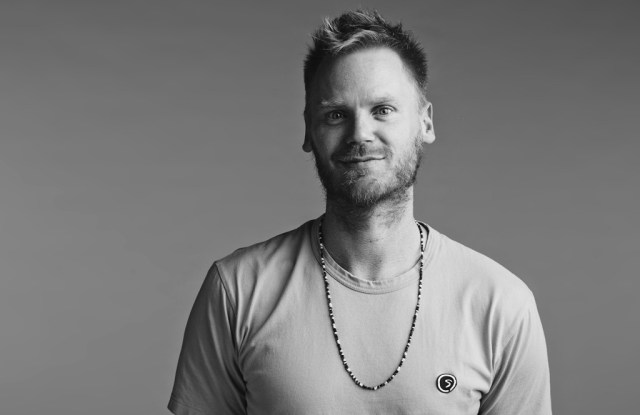 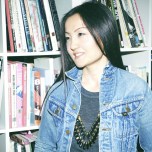 Citizens of Humanity has bolstered its arsenal of creative talent.

This story first appeared in the August 28, 2013 issue of WWD. Subscribe Today.

Miller founded the retailer Fabric in New Zealand before moving to Los Angeles in 2006 to start a namesake brand. He has also contributed to NSF and Ron Herman in freelance capacities and, in January of this year, launched Fabric-Brand, which he will continue to lead. (The Simon Miller brand remains in business under the management of Daniel Corrigan and Jake Sargent.)

“I’ve always worked on smaller, independent stuff, and this gave me an opportunity to work at a company where you have a lot more reach. The resources enable you to be a little bit more creative,” said Miller. “I had retail stores in New Zealand and have been working with Citizens since the beginning and have always had an affinity for the brand. I always thought it was the one bigger brand that’s remained cool over a long period of time.”

On the women’s side, Ryu, formerly head designer for women’s at Citizens of Humanity, moves up after two years on the brand’s design team. Her history includes positions at Club Monaco, Urban Outfitters, Calvin Klein Jeans and AG Adriano Goldschmied.

She said she was eager for a chance to work with Citizens founder and chief executive officer Jerome Dahan and Adriano Goldschmied, the brand’s executive vice president of product development, calling them “pioneers of American premium denim. I really think that I bring a female voice and a perspective that comes from being a woman who understands women’s bodies, and what they want to wear and buy.”

After shoring up Citizens’ marketing efforts with a series of short films called “Just Like You,” Dahan thought it was time to focus on strengthening the creative management of the brand. Dahan lauded Ryu’s wide-ranging experience and emphasized that she has proven herself at Citizens to have the skills necessary to push the women’s product forward.

Ryu is currently finishing Citizens’ women’s collection for next summer and is diving into the fall collection. In her designs, Ryu leverages Citizens’ technological prowess to distinguish its women’s denim. “Citizens is a vertical company, meaning we design, we sew, we wash, we finish everything in Los Angeles. We have the luxury of having our own laundry,” she explained. “Our new obsession is our laser machines. A lot of people use laser machines, but there are few people using lasers for whisker patterning and vintage washing. We push the envelope, and create patterns and holes. We really use technology to create fashion.”

Dahan searched for more than two years for someone to fill the men’s creative director position at Citizens, and no one felt right before Miller. “It’s hard to find someone that gets your DNA and understands the company and the product and can work in a team. We had a relationship with Simon before. He is not going to make the DNA of the company different from what it is,” he said. “He understands who we are and where we are going.”

Miller will be tasked with building the men’s business, currently accounting for about 20 percent of Citizens’ sales. “We put a lot of energy in women’s, and now we know that we can make [men’s] grow. We know it can be at least 35 to 40 percent. We are going to use the same formula that we have used in women’s. It is going to be more of a complete collection,” said Dahan.

When his first men’s collection for Citizens comes out in the fall, Miller suggested customers should expect to see an expansive assortment. “They’ve never had a basic raw denim collection in place. We are going to add some classic selvage denim to the line, which I’ve had a lot of experience with. They’ve always pigeonholed themselves into lighter-weight denim. We are going to broaden the customer base by adding different weights, finishes and shapes,” said Miller. “Citizens hasn’t had slim, modern shapes. It has always had that relaxed, California vibe, and my approach is more modern, slimmer and a little bit more relevant to today’s consumer.”

“It is really tough out there. A lot of people are complaining, but I think you need to believe in what you are doing and do the best with it,” said Dahan. “We have seen growth in the U.S. We are working on a lot of reorders and see the product is selling well in the stores. We have really good momentum.”