Parent company Sixty Group is outsourcing management of the Miss Sixty and Energie stores in the U.S. to Montreal-based Aldo Group. 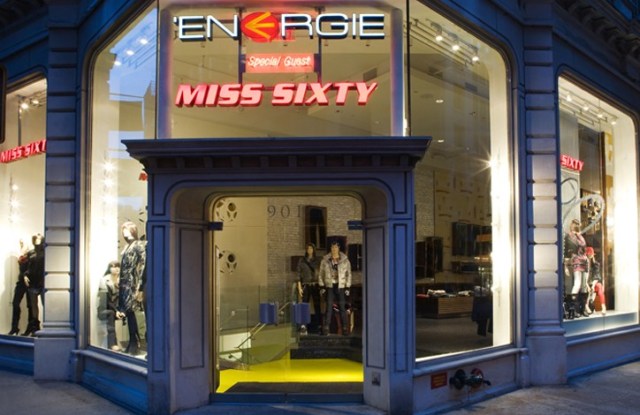 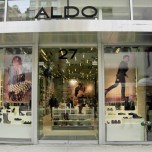 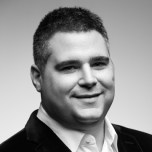 New York-based Sixty USA is undergoing a wide-scale restructuring in response to the difficult economy, underperforming stores and a weakened wholesale business.

Parent company Sixty Group, based in Chieti, Italy, is outsourcing management of the Miss Sixty and Energie stores in the U.S. to Montreal-based Aldo Group, as reported on Friday. The company also will announce in the coming months a new plan for its wholesale division, which may include streamlining operations and creating back-office efficiencies with Sixty Canada, which is based in Montreal.

“The current global economic situation has contributed to us having to reconsider a better organization of costs,” said Sixty Group. “In order to guarantee [our business] goals at its highest performance, Sixty Group found in Aldo Group the perfect partner. Aldo’s presence in the retail market is much more developed. As our retail store portfolio managers, their supervision of Sixty’s U.S. retail operations will contribute to a strong presence of Sixty Group throughout the U.S. market. This new partnership will allow Sixty Group to have more time to finalize the important new wholesale plan, due to be released at the end of this year.”

Management of Sixty Canada, which is headed up by chief executive officer Mark Wiltzer, will work with Aldo Group to oversee the U.S. retail business, as both companies are based in Montreal. However, Sixty said Roberto Lorenzini, the former Versace USA executive who joined Sixty USA as ceo in March, remains with the company and will work in collaboration with Aldo and Sixty Canada to assure the success of the U.S. business.

The majority of Sixty’s U.S. business is generated by its 14 full-price and six outlet stores, as its wholesale business has been challenged by the weak retail climate. (The company recently closed two full-price stores in Honolulu and Dallas.) That ratio is a marked departure from Sixty’s worldwide business, where 80 percent of sales come from wholesale and 20 percent from retail.

The company — which markets the Miss Sixty, Sixty, Energie, Killah, RefrigiWear, Murphy & Nye, Richlu and Baracuta brands — rang up total sales of 720 million euros, or $1.06 billion at average exchange, in 2008 with 92 percent of sales in apparel and 8 percent in accessories.

Earlier this month, Sixty forwent its usual celebrity-packed runway show during New York Fashion Week. The company had staged a big-budget show in New York for seven previous seasons, but in this economy decided to focus resources on the “more tangible needs of its customers,” according to Sixty Group.

The global downturn also severely impacted Sixty Group in the U.K., where its business went into receivership, a British bankruptcy process, last October. It successfully emerged in April. Via a restructuring, Sixty U.K. has returned to business as an “improved and more agile” company, according to the firm.

The agreement with Aldo Group to manage the U.S. retail business is a novel arrangement that marks a new business venture for the Canadian footwear retailer. Aldo is launching a division called Aldo Retail Services, targeting clients who have underdeveloped brick-and-mortar revenues and need help building and running retail stores. Sixty USA is the division’s first client.

“Our target customers are strong brands that have really good wholesale businesses that want to build a retail presence, but don’t want to invest in the overhead of a retail operation and learn everything about the retail business,” said David Bensadoun, group vice president at Aldo Group and a son of company founder Aldo Bensadoun. “We can leverage the resources we already have with much lower costs and a very high standard.”

For Sixty USA, Aldo will supervise store operations — including staff recruitment and training, and the execution of merchandise and marketing strategies — as well as real estate portfolio management, which includes overseeing the opening and closing of store locations, and representing Sixty in negotiations with landlords. Sixty USA will continue to shepherd merchandise buying for the stores.

“Our mission together will be to provide a total consumer experience, combining the strengths of our people, products and environments with the highly professional and structured retail approach of Aldo’s background,” said Renato Rossi, co-founder and ceo of Sixty Group.

Bensadoun said Sixty’s portfolio of stores in the U.S. is “underperforming,” even in the current retail environment. He added that in most of the shopping malls Aldo operates in, it is the highest-performing store in terms of sales per square foot, apart from Apple stores and food courts. “We have a very strong sales culture and many years of experience,” he explained, declining to give exact figures on the company’s sales performance per square foot.