Peter Koral is leveraging his denim manufacturing know-how to relaunch Superfine in the U.S. 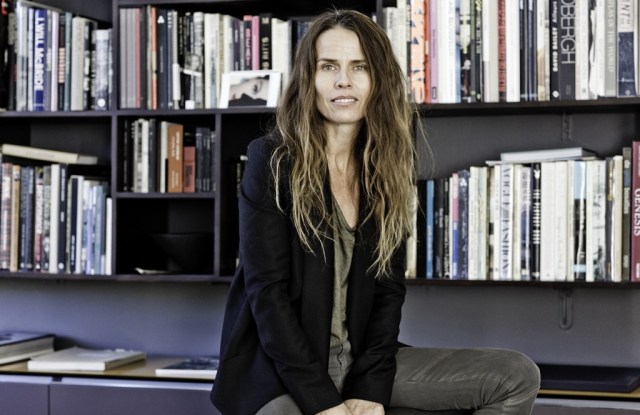 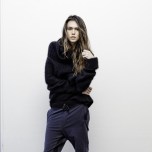 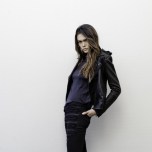 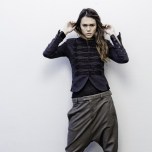 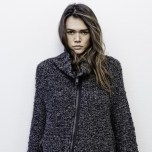 LOS ANGELES — Peter Koral, the fashion veteran who helped grow Seven For All Mankind into one of the biggest brands in the premium denim industry, is leveraging his manufacturing know-how to relaunch British cult label Superfine in the U.S.

This story first appeared in the February 4, 2015 issue of WWD. Subscribe Today.

After acquiring a majority stake for an undisclosed sum in the 12-year-old company founded by Lucy Pinter and Flora Evans, Koral is partnering with Pinter as the designer to expand the product lineup and open Superfine’s first freestanding store within the coming year. The immediate goal is to generate annual sales of $3.5 million to $5 million in the U.S.

The decline in domestic denim sales and the growth of yoga and track pants as the new casual uniform haven’t deterred either of them. Nor does the possibility that a value-obsessed consumer might avoid Superfine’s retail prices, which start at $160 and climb to $600 for its detail-driven sportswear.

“There are still people who actually care, who actually want something well thought out and not like any product out there,” said Pinter, who has run the business alone since Evans departed five years ago. “The rest of the market is saturated by made-in-China [designs] done simply.”

Superfine joins a sort of fashion incubator that Koral manages at his Vernon, Calif.-based company. In addition to Koral Los Angeles, the denim label that he launched three years ago with former colleagues from Seven, he’s partnered with Ilana Kugel on an activewear business bearing his surname and acquired a controlling stake in Made Gold, Marta Goldschmied’s street-smart denim line that started shipping for this spring. He also serves on the board of a young contemporary brand called Show Me Your Mumu, which was started by Cologne Schmidt and Cammy Hebert four years ago and now operates out of Koral’s facilities.

While the designer for each brand in Koral’s portfolio is responsible for fulfilling a specific creative vision, Koral said he and his supervisory personnel oversee production, such as providing software that facilitates efficient fabric cutting. “We provide, as we call it, adult supervision and get them on the right step,” he said. Between the parent and the brands, the company, known as Koral Industries LLC, employs 50 people.

With Koral assuming the role of Superfine’s chief executive officer, the six-person brand aims to double the number of seasons it ships to four, and add belts, hats, boots, bags and sunglasses to stock stores that it hopes to eventually open in L.A., London, Paris, New York and San Francisco.

Pinter skipped this spring selling season to concentrate on finessing her fall styles, which include skinny black biker-inspired jeans with diamond-patterned ribbons accenting the knees to appeal to longtime fans, as well as navy sweatpants stitched with a silk inner seam panel to align with the prevailing ath-leisure trend. The rest of the collection features black wool jersey jumpsuits, green drop-crotch leather pants and oversize gray wool sweaters that zip asymmetrically. She also ended more than 10 years of working with licensees, the most recent of which was Pier SpA. Even after settling in a bucolic nook in Topanga, Calif., Pinter still holds an affinity for Europe and makes all her clothes in Italy. She plans to shift some production — like that for five-pocket jeans, sweats and T-shirts — to Los Angeles.

“It’s going to take at least three to six years before [Superfine] totally matures,” Koral said. “We’re not targeting this to be a huge volume. We’re cultivating this brand because it warrants that kind of attention.”