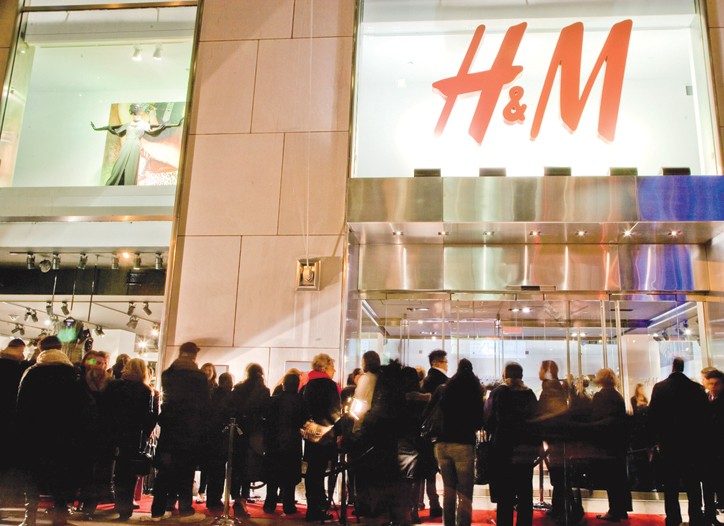 The teens want a change.

Specialty stores catering to fickle 13- to 19-year-olds are struggling as these consumers grow tired of the Americana and surf-and-skate fashions they’ve long snapped up and search for a new look — even if they’re not quite sure what that look might be. Their ennui is setting off alarm bells over the crucial back-to-school season even as schools let out for the summer.

Not only is demand soft, but competition is growing. Fast-fashion retailers such as H&M, Zara and Forever 21 are gaining momentum since their looks change every six weeks or less, and mass merchants are picking up market share, as well. According to Hana Ben-Shabat, a partner in the retail practice at the A.T. Kearney consulting firm, between 4 and 6 percent of teens last year shifted from shopping at specialty stores to shopping at mass merchants and discounters.

Part of this is being driven by the hangover from the recession — and continued high unemployment. That means teens don’t have money to spend on new clothes, and nor, in many cases, do their parents. Apparel spending, which had averaged 50 percent of teens’ discretionary purchases in 2008, fell to 40 percent last year.

According to The NPD Group, apparel spending among 13- to 19-year-olds dropped 9.4 percent to $34.7 billion in the 12 months ended April from $38.3 billion during the comparable prior-year period.

Soft demand in the teen segment and a glut of inventory that built up since the first quarter at key stores could trigger an all-out price war in the space, pressuring results for the second quarter and b-t-s, according to analysts.

Comparable-store sales at teen stores fell 2.7 percent in May, Thomson Reuters’ reported, well below the 2.6 percent increase for all stores reporting last month. Some, but not all, of the weakness could be attributed to strong year-ago results: Aéropostale Inc.’s 1 percent gain came against a 19 percent year-ago increase and The Buckle Inc.’s 5.4 percent decline compared with a 13.4 percent increase in May 2009.

The need to clear out inventory in advance of b-t-s shipments at retailers including Gap Inc., American Eagle Outfitters Inc. and Abercrombie & Fitch Co. not only could put stores under higher price and margin pressures, but also affect consumer psychology going into the important b-t-s selling season, said Kurt Salmon & Associates partner and strategist Christina Bieniek.

“Retailers have to get inventories down for b-t-s,” she said. “It will be interesting to see what that will do to the consumer.” A promotional summer could make it difficult for retailers to “flip the switch” back to full-price selling during the b-t-s season, she noted.

June and July will be bellwether months for the segment in terms of inventory, added RBC Capital Markets analyst Howard Tubin, who explained it might be too early to worry about b-t-s.

“Elevated inventory levels coming out of the first quarter” don’t necessarily augur a weak b-t-s season, but they do suggest “some margin erosion in the second quarter” from higher levels of promotion, he said.

Although higher than many stores would like, inventories in the sector are largely in line with the broader retail market. But there are other issues plaguing the teen sector that could be contributing to depressed sales.

Flimsy demand in the teen group may have to do with the overabundance of stores in the space, said Weeden & Co. specialty analyst Amy Noblin.

“Teen has been oversaturated from a capacity standpoint for some time…and it’s been exacerbated by the recession,” she said. “It’s a supply-and-demand issue.”

And it’s one that isn’t likely to go away. To keep more of their space from “going dark,” Noblin noted, mall developers in many cases are cutting deals to keep their teen tenants, sometimes trading the renewal of a lease for a poor performer for access to prime locations at a favorable price.

Apparel demand among teens held up fairly well during the recession, but has weakened as a result of high teen unemployment and the reluctance of budget-conscious parents to subsidize their children’s wardrobe whims. During the first quarter, unemployment among those ages 16 to 19 was 26 percent, in line with levels from the past two years but above the mid- to high-teen levels that preceded them.

Reading fashion trends also has been a problem. Noblin said there has been a move away from Americana and surf-and-skate fashion trends to fast-fashion shopping, as typified by H&M, and that specialty chain retailers haven’t yet adapted to the idea that teens today aren’t simply wearing “graphic Ts, sweatshirts and baggy jeans.”

“It’s important to stay true to your brand identity…but you have to find a way to interpret trends for your client,” she said. “American Eagle is finally figuring out how to do that.”

At Abercrombie, inventory was up 17 percent on a 1 percent comp gain in the first quarter. Second-quarter inventory will be up 20 percent, although A&F’s international expansion is partially responsible for the buildup, Noblin said, noting the stores’ merchandise has been in a “fashion time warp.”

“Inventory should be in line with comps,” Noblin said, explaining that rising inventories and expenses without comp trend improvements could pressure the back half of the year, a period where comparisons become increasing difficult for the sector.

At Gap, inventories during the first quarter rose 12 percent on a 4 percent comp. Second-quarter inventories are anticipated to be up double digits.

This disparity has made the company increasingly promotional, essentially “buying their comps” by putting merchandise on sale, said Needham & Co. analyst Christine Chen.

“Basically, the Gap is training me not to buy full price,” she said. “It’s better to have less inventory. In this environment, it’s not a bad thing to sell out.”

She sees “continued improvement,” but not “huge” b-t-s gains for the teen group.

Who will prosper? Fast-fashion retailers such as Zara, H&M and Forever 21, as well as Aéropostale Inc. and Urban Outfitters Inc., will lead the pack because of their lean inventory models and ability to bring fresh, trend-right apparel to stores quickly, she said.

Ben-Shabat said the crux of the problem for many teen retailers is their business model.

“It’s not so much about the look of the merchandise,” she said, explaining that teens will always wear Americana and surf-and-skate clothing. “It has more to do with speed-to-market. If merchandise does not change frequently, the consumer won’t be as interested.

“All retailers are working on this…but they still have a long way to go,” she said.