French denim maker was founded in 2003 in Marseille. 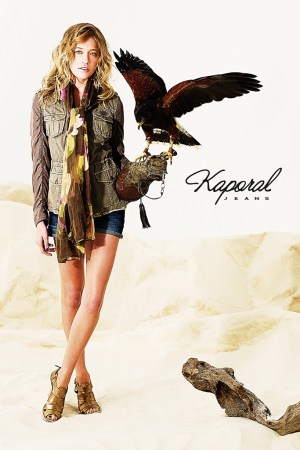 Financial terms were not disclosed, but TowerBrook said Tuesday it has been in talks with Kaporal Jeans founder and majority owner Laurent Emsellem since mid-2012.

Founded in 2003 in the southern port city of Marseilles, Kaporal expanded out of denim to produce broad ranges of vintage-influenced sportswear for women, men and children.

TowerBrook said Emsellem would remain an investor in Kaporal and a board member. Last year, the firm named Santiago Cuchy, who has held executive posts at Quiksilver, Tommy Hilfiger and Marc Jacobs in Europe, as its new chief executive officer.

Last year, Kaporal posted revenues of 110.9 million euros, or $142.6 million at average exchange. It derives 70 percent of revenues from wholesale, and operates about 50 stores, most of them in France, its largest market.

Earlier this month, True Religion Apparel Inc. entered an agreement to be acquired by TowerBrook in a transaction valued at $835 million. TowerBrook’s other investment in fashion is Phase Eight.