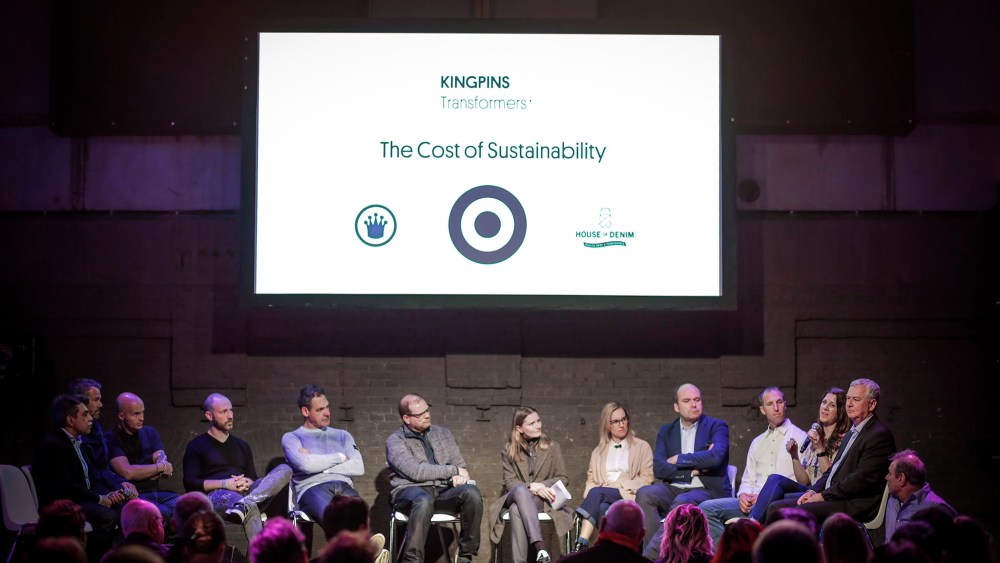 AMSTERDAM — As the denim industry continues to clean up its act, the Transformers summit held at the recent fall 2018 edition of specialist denim fair Kingpins Amsterdam centered on the cost of sustainable denim.

“Don’t ask how, ask why,” said one of the participating speakers, sustainable denim expert and former WWD reporter Paulina Szmydke, whose book “The Cost of Clean Denim” is due out at the end of the year.

“When I asked why the industry was not moving faster toward a sustainable business model, the most popular answer was: ‘Because it costs more.’ When I asked how much more, it turns out in some cases it was literally a matter of cents,” she added, explaining that sustainable choices paid for themselves in the long run.

Committed brands in the long run are expected to outperform their non-sustainable counterparts, according to Szmydke, with the possibility of seeing returns within a period of three to 10 years.

“Fashion is about change. The industrial revolution started with textile, so denim could be the forerunner of the green revolution,” she said, emphasizing that the responsibility lies not only with chief executive officers, but also with designers and the media.

Sanjeev Bahl, president of Saitex, a Vietnam-based denim producer and industrial laundry, indicated that most capital investments undertaken by his company in favor of sustainability — from renewing equipment to lowering water and energy consumption — had paid for themselves in four years.

Cents are all that remain for players such as Garmon Chemicals. Pointing out the race to the bottom on garment prices, with quotations for jeans falling as low as five dollars, chief marketing officer Alberto Di Conti said green-minded research and development was difficult to fund when faced with the double gambit of dwindling budgets for chemicals and rising certification costs.

“Even small choices, such as a change on a button, can have a large impact [on budgets],” said Kristin Kimm, senior denim designer at Target. Switching to 20 percent of recycled polyester involves the equivalent of 5.6 million post-consumer bottles, she added.

Ultimately, sustainable finishings on denim cost less, countered Jeanologia ceo Enrique Silla, who summed up some of the current industry standards including water consumption of under 30 liters — preferably using recycled water — and energy consumption of under two kilowatts per garment, as well as prohibitions on 11 blacklisted chemicals known for their hormone-disrupting properties.

The priority in order to make costs bearable, he said, lies in anticipating future regulations and best practices rather than reacting to them. A potential future ban on potassium permanganate, a chemical used for surface treatments, was among issues the denim industry needs to act on before legislation has been passed, Silla added.

“Focus on better product, rather than better certifications,” commented Alberto Candiani, whose family-owned firm Candiani is subjected to stringent regulations, due to its location in a natural reserve, and has so far refused to participate in any certification programs.

“Sustainability and social responsibility are critical to our ongoing success as a business,” said Tom Flicker, who oversees sustainable product development at Target. “Sustainability is a journey,” he added, noting that consumers, while not looking for perfection, do expect progress and transparency from retailers, according to studies commissioned by Target.

While solutions are still being sussed out all along the supply chain, the speakers agreed on one point: sustainability is no longer just about storytelling, it’s about actively engaging in the story.