According to sources, private equity firm Sycamore Partners has the lead. 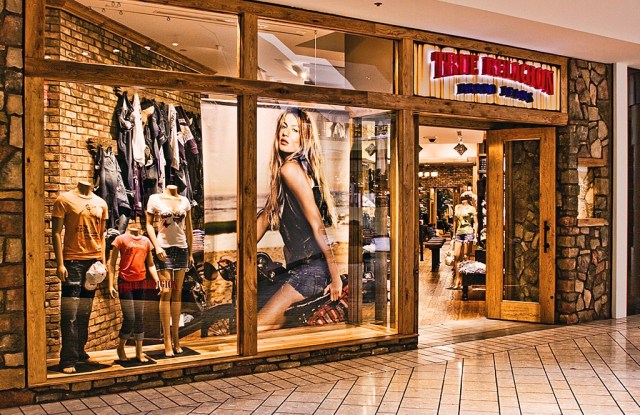 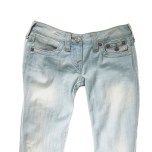 The bidding for True Religion Apparel Inc. is heating up, and sources said private equity firm Sycamore Partners has the lead.

The sale process is still in the “early stages,” according to one source familiar with the process. Two other sources also said Sycamore has jumped into the lead.

One source warned that while the discussions have deepened between Sycamore and True Religion, the talks could still break apart.

Another source in the financial community said names of other interested bidders include Los Angeles-based Gores Group, which owns J.Mendel and has a stake in Mexx, and South Korean fashion conglomerate E-Land Group, which bid on Collective Brands Inc. earlier this year.

Executives at Sycamore and Guggenheim Securities, the financial adviser to True Religion, could not be reached for comment Wednesday.

A sale of True Religion, if it gets completed soon, would wrap up all outstanding mergers and acquisition opportunities in the American denim market.

While Not Your Daughter’s Jeans had been on the auction block since a year ago, the company has been taken off the market.

David Moross, chairman and chief executive officer of Falconhead Capital, said, “Falconhead Capital has been very happy with our investment in NYDJ, and while we considered offers to sell, we decided to retain our ownership and reinvest in the continued growth of the brand.”

Falconhead acquired a 50 percent stake in the brand in 2008 for $100 million. Strategic buyers are said to have been pitched late last year, although no deal materialized. At least one investment banker in the retail and apparel space said an issue with NYDJ is that it is a brand that is functional-focused in terms of its trademarked Lift Tuck Technology for Baby Boomers, and not fashionable enough for buyers who are seeking good brands in the contemporary market.

Moross disputed that, noting the women’s denim brand has had consistent, double-digit growth in wholesale and at retail in the department store level.

“We believe that we have numerous worldwide opportunities, including new product categories, distribution channels and international territories, and we are focused on maximizing the brand’s huge potential,” the Falconhead chairman said.

True Religion said in October it had formed a special committee to explore strategic alternatives after “indications of interest” from third parties. Market and financial sources said the company put out feelers in the summer to test the waters. First-round bids were received in the last week of November.

Manhattan-based Sycamore Partners in August closed on its first fund, and now has more than $1 billion in capital under management.

Sycamore’s first deal, in November 2011, was a 51 percent stake in Limited Brands Inc.’s sourcing division Mast Global. That was followed in May with the announcement that The Talbots Inc. had finally agreed to be acquired by the private equity firm in a transaction valued at $369 million.

Most recently, Sycamore surfaced as a potential bidder for Cole Haan, which Nike Inc. recently sold to Apax Partners for $570 million.

Whether or not it acquires True Religion, Sycamore is expected to continue to search for investment opportunities in the fashion and retail space.