The Urban Outfitters division has been declared fully recovered, one new concept is on the launching pad and others are under study. 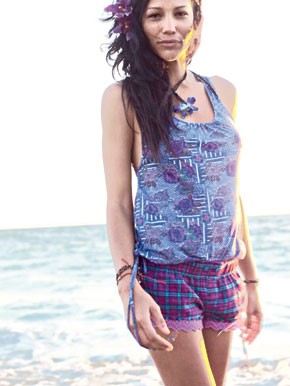 Urban Outfitters Inc. is back to its old self — and aggressive expansion is in the cards.

This story first appeared in the March 7, 2008 issue of WWD. Subscribe Today.

In reporting record earnings for the fourth quarter and year, Urban Outfitters chief executive officer Glen Senk on Thursday declared the company’s namesake division to be officially recovered and disclosed a series of initiatives for Anthropologie and Free People, as well as Urban Outfitters.

These include everything from entering new categories to creating different retail formats and even more concepts.

The company defied the weak economy to post earnings of $53.6 million and $160.2 million for the quarter and year ended Jan. 31, respectively. And while its fourth retail concept, Terrain, is launching in April, Urban Outfitters is already formulating ideas for concept number five, although Senk gave no hints as to what it might be.

“We’re exploring many concepts,” he told WWD. “There are about 12 that we’re thinking about right now. We have a board meeting in April to focus on new concepts.

“If you asked me two years ago if you’re going to be in the garden center business, I’d have said you’re out of your mind,” he said, referring to Terrain.

Urban Outfitters’ results bode well for the first quarter, which Senk said is “nicely ahead of last year in plan. We remain optimistic, yet appropriately cautious. Given the economic environment, we believe this is a time for conservatism, and are planning our business accordingly.”

Senk called the fourth quarter “the pinnacle in what was a turnaround year,” noting that total company sales increased 29 percent to $465.4 million. Total same-store sales rose 11 percent. By division, Anthropologie’s comps were up 18 percent, Free People had a 19 percent increase and Urban Outfitters saw a 6 percent rise “signaling an exciting recovery in the business,” Senk said. Direct-to-consumer sales increased 39 percent.

Total sales for the year were $1.5 billion, a 23 percent increase over the previous year.

Earnings per diluted share for the fourth quarter were 32 cents and for the year, 94 cents. For the fourth quarter and year, gross profit margins increased 287 basis points and 135 basis points, respectively, versus the prior-year periods. A lower rate of merchandise markdowns and leveraging of store occupancy expenses was responsible for the increases. During the year, the company opened 16 Urban Outfitters stores, 15 Anthropologie stores and seven Free People units. Plans call for 45 to 49 new stores in fiscal 2009.

Urban stumbled in 2006 when it jumped onto the trend of skinny pants with large tunics, which its customers rejected. The brand has gone back to its roots as a retailer with an eclectic mix of labels. Miss Sixty, Fred Perry and Insight are a few of the brands introduced recently. Urban also is collaborating with Steven Alan, Charlotte Ronson, Corpus, Geren Ford, Paul & Joe Sister and Bing Bang.

Senk’s goal is to reduce Urban Outfitters’ reliance on private label merchandise and increase the penetration of “owned” brands to 50 percent. Senk, who was named ceo in 2007, defined private label as “typically opportunistic product that’s designed in the market with an inconsistent point of view. Owned product has a DNA and is designed, manufactured and marketed with a brand point of view.”

Meanwhile, Urban Outfitters is testing a retail concept called Space 1520 in a 26,000-square-foot building in West Hollywood. Space 1520 may bear some similarities to The Lab, in Costa Mesa, Calif., which bills itself as the antimall with its collection of trendy shops, eateries and art galleries. At Space 1520, Urban Outfitters will occupy 11,000 square feet and act as the landlord to other retailers it selects. Food, entertainment, beauty and art are complimentary businesses being considered. “Space 1520 is very experiential and tied to culture, commerce and community,” Senk said. “The back of the building opens onto an active farmers’ market.”

Space 1520 could be expanded to other cities. “We have a couple of other locations where we took more space than we needed and will sublet,” Senk said. “We’re selectively picking who our neighbors are. We’re creating the overall identity for the building.”

The retailer is considering smaller-format stores as well. One such unit opened in Montreal selling women’s wear and gifts.

Anthropologie crossed the border into Canada, where it has begun shipping from its Web site and catalogues and where its first unit will open in 2009. The retailer will start shipping to Europe in the fourth quarter and plans to open a store on the Continent in 2010.

The theme of controlling one’s destiny resonates with Senk, who sees growth opportunities in wholesaling brands such as Leifsdottir, which is created by the Anthropologie design team. Leifsdottir, which ships on June 30, has an average retail price point of $220 and will hang with labels such as Marc by Marc Jacobs, Diane von Furstenberg and Chloé, Senk said. For fall, the brand will be sold at Bergdorf Goodman and select Bloomingdale’s and Nordstrom doors.

“It’s entirely possible that we will launch other wholesale brands within the company,” Senk said. “Any of the three businesses could do it. It’s conceivable that Free People can launch another brand and there could be another label or two or three at Anthropologie. It’s also possible that Urban Outfitters could launch a wholesale label at some point.”

In terms of Leifsdottir, Senk said, “We could have sold a lot more than we purchased. We’re going to keep it special. I don’t ever see it having distribution of more than 500 to 600 doors. We’re not about adding doors. We’re about being more productive in a limited number of doors.”

The company does, in fact, have enviable sales per square foot — $1,000 at Free People and slightly under $800 at Anthropologie — but Senk sees room for improvement. “We can still pick up productivity,” he said.

Adding categories such as shoes is one way. Anthropologie will begin selling shoes in 200-square-foot to 250-square-foot departments, with stock held in 600 to 700 square feet in the back of the house. About 24 styles, some sourced directly by Anthropologie, will arrive in 23 stores later this month. Distribution of shoes may be expanded to 40 stores by year’s end. “The shoe test, if successful, could lead to other [new] accessories categories,” Senk said.

Free People, whose wholesale revenues increased 34 percent in the quarter, has two major launches. We the Free, a knit-driven collection with an average retail price of $100, is boy-inspired with a heavy amount of finish work including printing, artwork and washing. We the Free will be sold in its own department in large department stores separate from the Free People collection. Intimately Free People innerwear will be sold at Bloomingdale’s, Nordstrom and specialty stores, and will have 12 deliveries this year.

“It’s important to note that we have grown our Free People business largely by increasing productivity in existing accounts as opposed to growing distribution,” Senk said, adding Free People is launching a wholesale Web site that will allow its accounts to place and track orders in real time.

While Senk seems to like having a lot of irons in the fire, he’s never heeded Wall Street’s calls for rapid growth. “I don’t work for analysts,” he said. “I’ve done well for the shareholders. Comp-store sales have grown at a compounded rate of 29 percent in the last five years. That’s more than doubling the business every three years. You can’t naturally grow faster than that. That’s how people get into trouble.”

Nor is Senk looking over his shoulder at what other retailers are doing. “Urban in particular may have been more focused on that than it should have been,” he admitted. “Now we’re just trying to be who we are. While we’re very focused on speed to market, it’s more about getting the product right.”