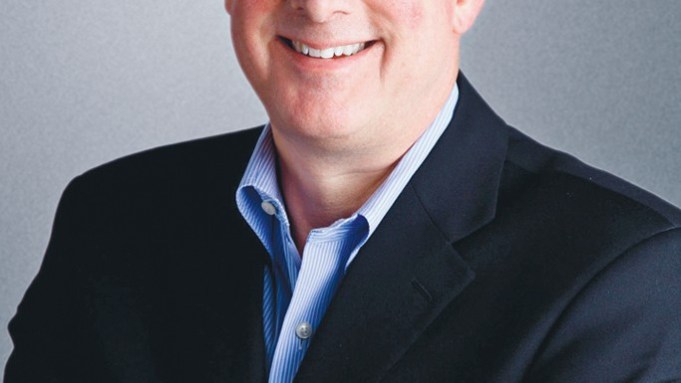 For both the masses and classes, VF Corp. likes the look of its jeans.

Eric Wiseman, chairman, president and chief executive officer of the Greensboro, N.C.-based apparel giant, told WWD Friday that the company is pleased with its jeanswear business despite ongoing price pressures that have hit its margins and profits but are expected to ease considerably in the back half of the current year.

The Seven For All Mankind premium denim business, housed within the Contemporary Brands coalition headed by Susan Kellogg, has “rallied really nicely,” he noted, generating 18 percent revenue growth during the first quarter.

“The higher end is doing really well,” Wiseman said, “but it took a lot of heavy lifting for the Seven team to put themselves in a position to grow that quickly.”

Barry Miguel has headed Seven For All Mankind as president for the past year.

While not material to the company’s better-than-expected first-quarter results, Rock & Republic since its February launch exclusively at Kohl’s Corp. is “doing better than our expectations,” Wiseman said.

VF acquired the brand last year and supplies jeans and casual bottoms directly to Kohl’s while collecting royalties from the midtier retailer on other products. It’s housed within VF’s Jeanswear Coalition, the only one of VF’s five business units to experience a decline in operating income during the first quarter ended March 31. While coalition profit dropped 10 percent to $110.8 million, sales were up 9.2 percent in the three months to $741.7 million and up more than 10 percent on a constant-currency basis. Seven’s rebound helped sales in Contemporary Brands grow 13.4 percent, to $126.9 million, while operating income expanded 53.4 percent to $14.9 million.

The company reported double-digit growth for its Lee, mass market and western denim businesses in the U.S. with international jeans turnover flat on a constant-currency basis and down slightly overall. Growth in Asia was offset by declines in Europe and other regions.

Jeanswear is VF’s second largest coalition, behind Outdoor and Action Sports, and the one with the greatest dependence on mass merchants like Wal-Mart and midtier stores like Kohl’s for its revenues.

Overall for the quarter, net income grew 7.2 percent to $215.2 million, or $1.91 a diluted share, from $200.7 million, or $1.82, a year ago. Excluding expenses related to the Timberland acquisition, adjusted earnings per share was $1.94, 7 cents above the analyst consensus estimate of $1.87. Revenues were up 30.5 percent to $2.56 billion, from $1.94 billion, while gross margin, depressed by a 34.3 percent increase to $1.39 billion in the cost of goods sold, sank to 45.7 percent of sales from 47.2 percent. Wiseman pointed out that margin erosion was attributable to advance purchases of denim to control cost appreciation late in 2010 as well as to the higher prices paid for cotton-based materials shipped during the first quarter.

The company raised full-year EPS guidance to $9.45 from its earlier projection of $9.30 but warned of “particularly challenging” second-quarter comparisons given Timberland’s historic tendency to post losses in the period.