WeSC Settles in on Carnaby Street

WeSC, the Stockholm-based jeans and street-fashion brand, has landed at the heart of London’s denim community on Carnaby Street. 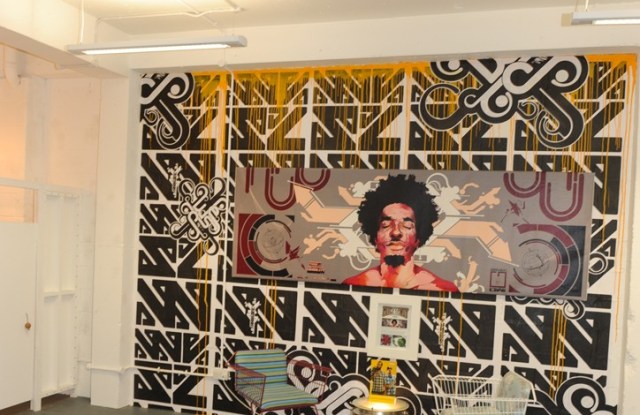 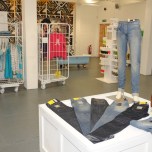 LONDON — WeSC, the Stockholm-based jeans and street-fashion brand, has landed at the heart of London’s denim community on Carnaby Street.

“It’s a great street to be in,” said Greger Hagelin, chief executive officer of WeSC, which stands for We Are the Superlative Conspiracy. “We were growing quite rapidly in Europe and the U.S. [and we thought we would] take it to the next step. England is the most important market when it comes to fashion.”

The store, which is near Hilfiger Denim, Replay, Pepe and Diesel on the street, carries denim jeans, T-shirts, hooded sweaters and women’s pieces such as cotton summer dresses and asymmetric vests, alongside WeSC’s retro, oversize headphones. Hagelin said he sees the plethora of brands on the street as “complements” to WeSC’s offer.

The store is a venture between WeSC and Lateralcorp, the brand’s British distributor, which also distributes lines such as RVCA and Sabre. Deborah Meaden, an investor in Lateralcorp, said the location was an obvious choice for the label. Meaden noted the influx of European tourists shopping in central London thanks to the weaker pound.

“If you’re a European tourist, if you come to London you’re going to go to Carnaby Street,” said Meaden, who added the store hit its sales target level within days of its soft opening.

Meaden and Hagelin declined to give first-year sales predictions for the store. However, Hagelin did say his brand is faring well in the tough economic conditions.

“So far, the brand hasn’t seen a downfall in sales,” said Hagelin. “We just sent out a press release saying we were up 35 percent [over the past nine months], our biggest profit ever.”

Hagelin characterized his customer as “an intellectual slacker” who goes from project to project rather than relying on a 9-to-5 job and isn’t so fazed by the prospect of a recession.

“They make smart decisions and they make it happen,” said Hagelin. “They’re not scared by what’s going on right now.”

He also said the brand had made the decision not to offer the discounts many others have been forced into during the downturn.

Meaden said following the London store opening, the label also plans to increase its wholesale presence in the U.K. WeSC has recently opened a showroom in central London and its current women’s collection is sold in the U.K. through online retailer Asos.com, while the company’s headphones are sold at retailers such as the music store HMV and at Paul Smith boutiques.

Meaden said the brand is looking to open up to 20 retail locations in the U.K. The company also has openings planned in Lyons, France, at the end of summer, a store in Miami and a unit on Newbury Street in Boston.

Hagelin said “the economy has opened up” real estate opportunities in the U.S. “Some brands do really well [in a downturn],” he said.