The first brand store has opened in Leipzig, Germany, and others are planned. 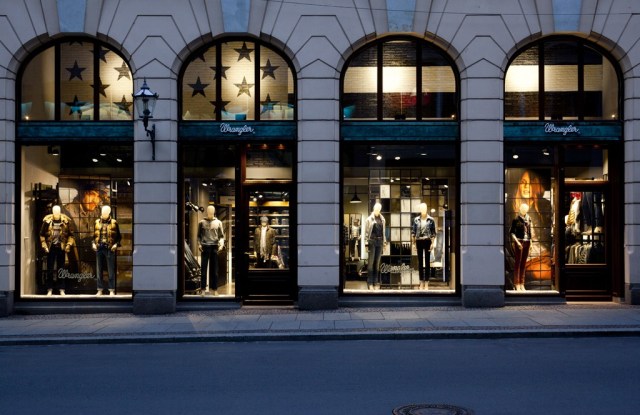 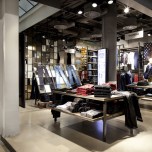 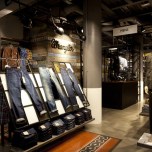 Wrangler Jeans has opened its first stand-alone store in Europe, a 1,500-square-foot monobrand shop in Leipzig, Germany, and plans to roll out the concept to major cities throughout Europe in the next few years.

Germany is Wrangler’s biggest market outside the U.S., Wrangler International president Frans van Zeeland pointed out: “It has the biggest economy and our brand equity is very strong here.” As for kicking off in Leipzig, he told WWD, “We wanted to start with our first store in a city that is not the biggest city but is representative of the German market. Leipzig is…quite modern, up-and-coming, and there are lots of young people and lots of denim activity here.”

Within walking distance to two major universities, the store is nestled among major department stores and cultural institutions with lots of fashion company, including G-Star Raw across the street, Levi’s around the corner and Timberland just one door down. The store design was developed by the U.K. agency Checkland Kindleysides.

Retail development is at the top of Wrangler’s current brand strategy. “The next step to our global expansion is to own and operate stores,” said van Zeeland. “The purpose is to be closer to the end consumer, to tell our story and to show the whole product range.”

He explained that this accelerated expansion will boost the wholesale business through enhanced brand visibility. He did not give specific sales goals, though the plan includes rolling out stores throughout Germany, and then major cities in other European countries.

Challenged to reenergize the brand, Wrangler started a program around four years ago, van Zeeland explained, “using the good things from the past to shape the future. It was designed to support consumers’ brand loyalty and emphasize the Wrangler DNA with elements of cowboy, individualism, rugged, outdoors and freedom that represent the brand.” The marketing strategy focuses on social media and the Internet.

“Our distribution is different in the U.S.,” he said. “We have two big businesses [there]: one selling to the western outdoor specialty trade and the other to mass market retail chains such as Wal-Mart.”

In Europe the focus is midtier specialty stores and high-end department stores. Price points are higher in Europe, falling closer to Levi’s and G-Star. Jeans sell from 60 euros to 100 euros, or $77 to $128 at current exchange, with a few styles running higher. At Wal-Mart stores in the U.S., the top price for Wrangler is roughly half the lowest price in Europe.

He added that the design details of the jeans are the same in Europe as in the U.S., but the execution is more elaborate and at a higher level for the European market.