WWD asked the nominees: “What do you feel distinguished your work this year?” 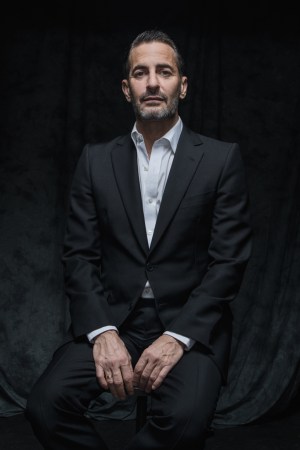 WWD asked the nominees: “What do you feel distinguished your work this year?”

Joseph Altuzarra, Womenswear Designer of the Year
“Both collections were evolutions of spring. I was inspired by ‘Rosemary’s Baby,’ and the idea of very saccharine beauty — very sweet and naïve, very feminine. Hence, all the gingham and flowers. It was inspired by the idea of American beauty epitomized by Grace Kelly — so pristine, so pure and perfect it’s almost a bit perverse….The idea of taking the clothes that would fit that persona and starting to dishevel them and slice and reveal skin and unravel the perfection.

“For fall, I became interested in the Truman Capote swans, especially Gloria Vanderbilt. Again, that idea of American beauty. I wanted to treat that era, which is very Seventies but neo-Victorian, in a way that felt modern. We did a lot more fabric development than in the past with velvet devorés and lacquered laces. And the bags [which launched for fall] — I started working on them a year before they hit the runway and it got me thinking about functionality. It sort of translated to the clothes, not in obvious ways, but I was much more aware of the end use of the garment.”

Michael Kors, Womenswear Designer of the Year
“This year’s collections were very me. Not that I’m planning on wearing them, but I think we managed to strike this yin and yang balance. Personally, I’m the most casual person, but at the same time the most extravagant. I’m pragmatic, but I’m indulgent. I think it came out in the collections.”

Marc Jacobs, Womenswear Designer of the Year
“What distinguished my work this year? I have no idea.”

Mary-Kate Olsen and Ashley Olsen for The Row, Womenswear Designer of the Year; Accessory Designer of the Year
“I like to think that we’re nominated for our consistency. They were two very different seasons with two different feelings. The [show] locations had a lot to do with how the story was told. Spring started with this idea of raw silks and romanticism and a more natural approach. The silhouette was fuller, more skirts, more dresses. Our goal is for someone to have an emotional reaction either way. From the music and the way the fabric moved to the hair, the makeup, the sound — just to play with all of your senses. You had fans on your seat because it was warm; the tea that you were drinking.

“Fall was sort of the ultimate New York moment in the Seagram Building. I don’t know how this happened because [our show is] always on a Monday, but it was also a holiday so we had the entire building to ourselves.”
— Mary-Kate Olsen

Jack McCollough and Lazaro Hernandez for Proenza Schouler, Womenswear Designer of the Year; Accessory Designer of the Year
“Especially with this last season, we’re starting to approach our creative process differently and trying to be a little less rigid with it. In the past, we built out groups and created this specific run of show. What you saw in the drawings was exactly what you’d see in the show. We’re trying to be a bit freer and let things evolve in the fittings — cutting and slashing in the fittings, starting with a basic double-breasted coat, cutting into it and slicing up the sides, creating all these vents and flaps. Being a little looser and having more freedom in the process will, I think, work to our advantage.”
— Jack McCollough on ready-to-wear

“We brought onboard a whole new accessories team a year-and-a-half ago, maybe. I think this year we really saw the fruits of their labor, specifically with shoes — that’s been a runaway success. Our espadrilles are sold out now, so that made a big splash on the retail level. On the show level, the shoes have sold well. For the first time, we have our own dedicated shoe space at Barneys, next to Louboutin. So we’re a proper shoe business now.”
— Lazaro Hernandez on accessories

Alexander Wang, Accessory Designer of the Year
“Every season, accessories are usually the first to be designed. Function and ease are important elements. However, for fall, eccentricity was definitely on my mind. I explored the aesthetics of certain subcultures, specifically the hard-edge sensibility of goth and heavy metal, both playing a literal and abstract role.

Irene Neuwirth, Accessory Designer of the Year
“[Opening my first store] really allowed me to push myself as a designer. I focused on taking my work to the next level and gave myself more freedom creatively. I took more risks in the designs, incorporating signature stones like opal and chrysoprase but putting more emphasis on finer stones like sapphires, emeralds, tanzanite and tourmalines.”

Tabitha Simmons, Accessory Designer of the Year
“The expansion of my line, specifically to my wholesale business, plus building the team by bringing on a ceo, helped me to realize goals of a larger price range, more core styles and stronger deliveries. Key to all this growth is the strength of the team and its belief in the brand, which remains solidly based in a timeless approach to quality design. Whether I win or not, participating is still like getting a ribbon in the race.”

David Neville and Marcus Wainwright for Rag & Bone, Menswear Designer of the Year
“We’ve been pushing our boundaries, from the fabrics to the finishes, and [with] creative initiatives in how we present our collections; from the photography series to our concept film with Mikhail Baryshnikov and Lil Buck. We always have been big proponents of individualism, so it’s important to show that our clothing can be worn by any guy and look great.”
— Marcus Wainwright, founder and managing partner

“From spring to fall, there’s been a cohesive thread throughout, with a focus on the cuts, right down to the color palettes. These aren’t buy-now-and-wear-now pieces, they’re buy-now-and-wear-forever pieces that any guy would want.”
— David Neville, managing partner

Tim Coppens, Menswear Designer of the Year
“We have established a consistent signature athletic style — streamlined, sporty, directional and cool.”

Tom Ford, Menswear Designer of the Year
“I think the important thing as a designer is to always react with one’s intuition. So when I have collections that are particularly strong, that consumers and the press respond to in a positive way, I feel proud that my instincts were right. It is always important to try to anticipate what the customer will want and to create that product before they even realize that they need it. I think I did that these past few seasons with my men’s collections. They felt focused, and I am very proud of them.”

Dao-Yi Chow and Maxwell Osborne for Public School, Menswear Designer of the Year; Swarovski Award for Womenswear
“The work was more personal, not only about the idea of what Public School is, but specific trips down memory lane. We referenced our adolescence a lot, times that really helped shape who we are today.”
— Dao-Yi Chow and Maxwell Osborne

Rosie Assoulin, Swarovski Award for Womenswear
“For spring, we kept looking back at works by Georgia O’Keeffe and sculptor Betty Woodman and worked with a lot of hats and hat materials, and then worked those materials into garments like our straw tops and skirt.

“For fall, we played with shapes and scale and the idea of lightness and weight. We looked at different architectural inspirations and organic shapes and tried to meld those together using tailoring and draping.”

Ryan Roche, Swarovski Award for Womenswear
“I’m interested in creating modern, minimal, feminine clothes for women. Although I was so eager to leave where I grew up — Idaho — Idaho can be beautiful, all the space. I think that’s something I always look back to and am drawn to now, pairing [the look] back and creating the perfect essence of something. The last two seasons have been a representation of me doing that. There’s restraint, but never without luxe and super beauty.”

Alex, Matthew and Samantha Orley for Orley, Swarovski Award for Menswear
“We have achieved a lot this year. We pushed the technical aspects of our collection — custom yarn developments and specialized fabrics — that helped us build on the aesthetic that we’ve become known for in an individualized way. Being recognized in the past year by the Vogue Fashion Fund, as well as the LVMH Prize and now the Swarovski Award nomination, has all been really validating.”
— Alex, Matthew and Samantha Orley

Shayne Oliver for Hood by Air, Swarovski Award for Menswear
“This year, more than ever, was about being international. It started a new discussion for us which became a leading force in the design process. Working, traveling and showing collections abroad opened my eyes to how people engage with fashion and the brand.”

Rachel Mansur and Floriana Gavriel for Mansur Gavriel, Swarovski Award for Accessory Design
“From the beginning, our [goal] was the idea of high-quality materials and an accessible price point. We pride ourselves on the fact that all materials are from Italy, the bags are made in Italy, every part of production is from Italy. We always aim to go for the most luxurious and interesting material. The leather [and] canvas we use are really special — we feel distinct in the contemporary world. For the first time, we have the internal structure in place, so we have more opportunity to expand our offering.”
— Rachel Mansur

Paul Andrew, Swarovski Award for Accessory Design
“Winning this year’s Vogue Fashion Fund award has led to more brand awareness, exclusive styles for retailers, better sell-through at retail and, strangely, to being recognized on the street. I took my first trip to Asia this year and…being recognized on the street by passersby in such a faraway place was exciting and surreal, and also humbling.”

Eva Fehren, Swarovski Award for Accessory Design
“[What distinguished my work was] my elaborate presentation of models’ body parts protruding through a mesh wall bedecked in my designs during New York Fashion Week in September. I also launched Eva Fehren White, a collection for the modern bride. I still have much to learn in order to establish longevity, but at the very least, this past year has given me the opportunity to reflect on my brand identity and business strategy and push my creative process beyond my comfort zone.”