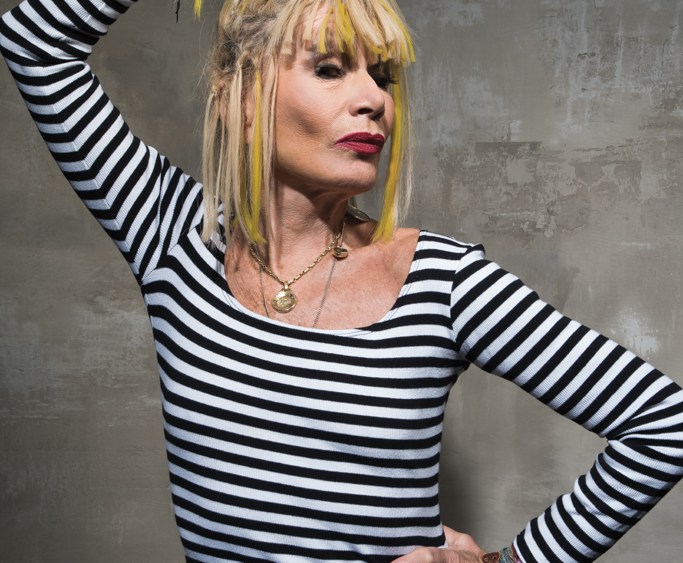 Pharrell Williams, Fashion Icon Award
Pharrell Williams wears many (oversize) hats. The latest of which will be an official inductee into the innermost sanctum of American fashion, when he receives the CFDA’s 2015 Fashion Icon Award. “I suppose it’s all been a dream, it’s felt like a dream this whole entire time. That’s as close as I can come to the reality of it,” he says of the honor. “I suppose the recognition is never something that I ever expected. It’s really hard to react to it in any other way besides with gratitude.”

The music mogul inched his way into the embraces of the industry over the years via his ever-evolving, at times daring, sartorial prowess supplemented by a panoply of design collaborations: developing jeans for G-Star Raw, a capsule for Moncler, the Adidas range and a lineup for Uniqlo among them. Of his collaborations, he notes: “Conversations with designers are much like most other people. The last thing they want to do is talk to you about fashion. You end up talking about other things and that’s why those conversations are so interesting. It’s cool to find the parallels between a person’s conversation and their work when they are not talking about their work. Everybody is still a human being. You’ll always find differences and similarities between groups of people. The fashion industry is no different than the music industry…at least for me. Wink.”
— TAYLOR HARRIS

Instagram, Media Award in Honor of Eugenia Sheppard
“The Instagram community has opened a window into fashion that transports us to the most interesting moments in fashion,” says Kevin Systrom, cofounder of Instagram. The platform has become the unofficial social network for the industry, with millions of users scrolling through their feeds to see what people were wearing at the Met Ball, Coachella, the Cannes Film Festival and more. This marks the first time a company — not a person — has received this award. “With a community made up of makeup artists, emerging designers, models and iconic fashion houses, the world has more access to fashion than ever before,” Systrom adds. “We hope to inspire and help everyone find their visual voice, and thanks to the fashion world, Instagram has been placed at the center of this revolution.”
— RACHEL STRUGATZ

Valentino creative directors Maria Grazia Chiuri and Pierpaolo Piccioli, International Award
“An Oscar for best director seemed more reachable to me,” says Pierpaolo Piccioli. “It was entirely unexpected and had not ever been a goal.”

As creative directors of Valentino, Piccioli and Maria Grazia Chiuri have rejuvenated the brand and added their own romantic, whimsical style with an edge.

“When we started as artistic directors, [we opted] for a concept of grace and beauty, more discreet and modest,” says Chiuri. “At first this was criticized, as it was far from the glamorous origins of the brand, but we feel we have enhanced the craftsmanship. There are no rules to be beautiful and elegant, and women are multifaceted. This is another point of view.”

Piccioli agrees: “We brought back the values of a new grace and elegance, versus a sexy, bold and superstrong image.”

The pair met at Fendi, where they worked together for 10 years before becoming accessories designers at Valentino, serving there for a decade before being promoted to creative directors in 2008.

After an initial reverent take on founder Valentino Garavani’s heritage, they found their own voice and highly recognizable, chaste style, inspired by the city of Rome or the Italian Renaissance. Craftsmanship and sophisticated couture techniques enrich simple A-line dresses, generally with long sleeves and high necks. Led by chief executive officer Stefano Sassi and under the ownership of Qatar-based Mayhoola for Investments, Chiuri and Piccioli have helped to more than double the company’s sales since 2010. Last year, revenues climbed 36 percent to 664 million euros, or $883.1 million.

Chiuri admits to keeping an eye on the CFDA Awards over the years. “I never thought this would happen to me.…I’ve never won anything, this is the first time.”

Millard “Mickey” Drexler, Founder’s Award in Honor of Eleanor Lambert
In fashion retailing, there’s no one more outspoken, or as recognized as a true merchant prince, than Millard “Mickey” Drexler, chairman and chief executive officer of J. Crew Group. Known for handpicking styles and ignoring demographic data in favor of one-on-one interaction with customers, Drexler has proven himself adept at both building businesses and turning them around when needed. He reinvented J. Crew from a cultlike preppy catalogue into an international, multichannel phenomenon. He has Madewell on a roll, while the J. Crew brand is undergoing a fashion fix.

His philosophy of management: Create offices with no walls, think small, have products and people that embody the “It” factor and regularly visit selling floors to fix what’s wrong or improve what’s not.

“There are very few companies today that put the integrity of their product first and force themselves to be innovative and creative to exceed their customer expectations,” Drexler said at the January 2013 WWD CEO Summit. “It starts and ends with the product and the team that makes those products. Too many people overlook the importance of beautiful product and the fact that creativity drives growth in any business, not just fashion.”

In college, Drexler worked at Abraham & Straus, where he fell in love with the business. He earned an M.B.A. from Boston University in 1968 and soon after became a buyer at Macy’s and, later, Bloomingdale’s. In 1980, when he was 35, a president’s spot opened up at struggling Ann Taylor Stores, and he orchestrated a revamp. That caught the eye of Gap founder Donald Fisher, who hired Drexler away from Ann Taylor in 1983 — and a retail legend was born.
— DAVID MOIN

Betsey Johnson, Geoffrey Beene Lifetime Achievement Award
It’s no surprise that in tracking down Betsey Johnson for a comment on her Lifetime Achievement Award, one finds her in a fitting for the dress she plans to wear to the CFDA’s gala. It’s the same style Katy Perry once wore to the People’s Choice Awards, and Johnson’s main concern is that it be fit for her famous cartwheel. “I really need to do my cartwheel,” she says. “I haven’t done it in a long time, but hopefully it’ll be like magic.”

Everyone knows Johnson’s runway acrobatics, but in reflecting on a lifetime in fashion (50 of her 72 years, by her count), she hopes her lasting impression is as “a friendly girl next door, girlfriend, up-close-and-personal with my fans,” she says. With this award, “I can die and go to heaven.”

“I’ve just had the best life with my career. My career has held my life together, inspired my life and kept me extremely happy. The only other person that went a little beyond making me that happy — or a lot beyond — is my daughter, Lulu.”
— JESSICA IREDALE

CFDA Scholarships
Designer nominees won’t be the only ones waiting for their crowning moments at this year’s CFDA Awards. Three students in the crowd will earn honors when the Council’s Steven Kolb reveals this year’s scholarship winners. The newbies will be awarded the CFDA/Teen Vogue Scholarship, the Liz Claiborne Design Scholarship and the Geoffrey Beene Design Scholarship. Schools were allowed to nominate up to three full-time students for the scholarships, which are earmarked solely for educational purposes. Next year marks the program’s 20th anniversary; the CFDA Scholarship Program has donated $1.4 million to date.

Jack McCollough, Chris Benz, Peter Som, Brandon Sun and Michelle Ochs are among the designers to have benefited from CFDA scholarships. Many other former scholarship winners now hold top positions in the industry’s leading companies, according to the CFDA’s Lisa Smilor. With that in mind, a “Where Are They Now…” profile series focused on the beneficiaries of these scholarships will bow in 2016.

“It is extremely gratifying to have a hand in identifying future ‘stars’ at such an early stage in their career,” Smilor says. “With the rising cost of tuition and increased enrollments across the board, each scholarship is very competitive.”

Kolb will also clue in the crowd to the new Eileen Fisher Social Innovator Award, though no winner will be announced.
— ROSEMARY FEITELBERG