More than three million square feet of new retail space is opening in the next two years. 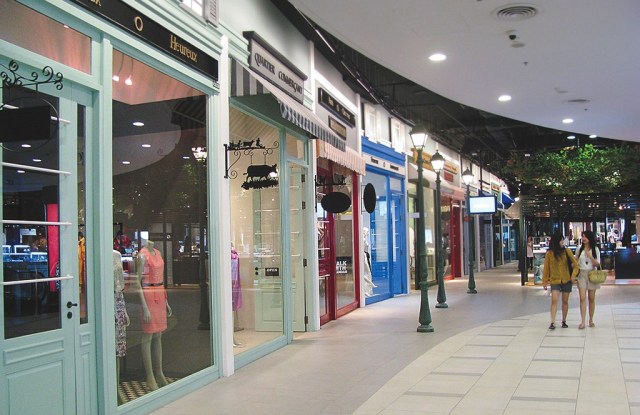 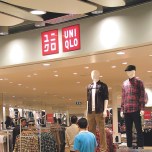 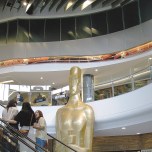 BANGKOK — More than 3 million square feet of new retail space is opening in Bangkok in the next two years, as the luxury brand market expands in the city center and community malls serving the mid-market sprout in the suburbs.

This story first appeared in the December 28, 2011 issue of WWD. Subscribe Today.

Much of downtown Bangkok’s retail construction borders the Skytrain, which zips shoppers in air-conditioned comfort through the city center above the clogged streets. Ragged, moldy buildings along the public transportation route at Sukhumvit Road are being torn down and replaced by luxury hotels attached to high-rise shopping centers.

One of the biggest projects is going up next to Central Chitlom, the flagship department store of Central Retail Corp., the largest retailer in Thailand. A $326 million, eight-story shopping center, and a 30-floor, six-star Park Hyatt Hotel are being built on 35 acres the retailer bought from the British Embassy. The complex will include 753,000 square feet of retail space, and 30 percent of that is expected to feature local designers from Thailand’s emerging design segment. Central Chitlom next door is under renovation and will connect to the new complex via a sky bridge.

The center, expected to open in 2013, is designed to appeal to the Asian market and not just Thailand, said managing director Chart Chirathivat. It’s part of a concerted effort by Thai retailers to compete against the upscale shopping districts in Singapore and Hong Kong.

One of the biggest drawbacks to the expansion of Bangkok’s luxury shopping is a 30 percent tax on luxury imports. In the midst of the worst flooding the country has experienced in decades, retailers have appealed to the government to repeal the levy. Calling the tax “quite restrictive,” Pitchon wouldn’t predict whether the government will respond to the luxury retailers.

With some 19 million visitors a year — 4.5 million of whom are from the nine ASEAN countries — Bangkok is well placed to position itself as a retail destination. The Thai capital is the third most popular destination in the world for international travelers, behind London, which ranks first, and second-place Paris, according to a May 2011 report by MasterCard Worldwide. The report shows that Bangkok ranks fourth in the world for visitor spending at an annual $14.4 billion. It follows London, which tops the list at $25.6 billion, New York City at $20.3 billion and Paris at $14.6 billion. Other cities in the top 10 are Frankfurt, Sydney, Los Angeles, Madrid, Singapore and Hong Kong.

Hotel occupancy rates in downtown Bangkok were 57 percent in the second quarter of 2011, according to a study by CB Richard Ellis Consulting. There are more than 30,000 hotel rooms downtown, with 10,000 more expected to open by 2014.

“There is growing interest in Thai­land,” Pitchon said.

Bangkok’s high-end market is also growing as younger Thais want to live downtown. According to a 2011 report by CB Richard Ellis, there are 307,000 apartments and condominiums downtown, and this prosperous young generation is looking for places to shop. A Dean & Deluca gourmet food store is opening on the ground floor of a 34-floor office and five-star hotel building at the busy intersection of Witthayu and Sukhumvit. The intersection is blocks from the American Embassy and is surrounded by luxury apartment buildings. The Japanese retailer Uniqlo just opened its first Bangkok outlet at nearby CentralWorld, at 30,000 square feet its biggest in Southeast Asia. It plans to have 100 Uniqlo outlets in Thailand by 2020. Farther out of the city, on Bang Na-trat Road, Ikea just opened the first of three planned Bangkok outlets. Opening during the flooding, the retailer donated its $660,000 promotional budget to relief efforts.

Central Retailing and its sister company Central Pattana are planning to spend about $3 billion in the next year on new projects, many of which will be community malls in rural Thailand. Those projects include a one-million-square-foot mall in Surathani, a southern province in Thailand; renovations at a center in Udon Thani, in Thailand’s northeast; two new malls in Chiang Mai; rebuilding CentralWorld, the downtown mall that was burned by antigovernment protesters in May 2010, and a one-million-square-foot mall in Phitsanulok, in northern Thailand. Also, the one-million-square-foot shopping center CentralPlaza Grand Rama 9 is set to open next month in Bangkok, and a renovated Central Department Store at Lat Phrao just reopened after a $30 million renovation.

Farther down Sukhumvit Road, at the busy intersection of the Skytrain and Bangkok’s underground metro, is the new mall Terminal 21. Targeted at the 100,000 commuters who pass through the intersection daily, the six-floor mall has 600 shops. Each floor of the mall, designed to resemble an airport, represents an international city. Paris is on the mezzanine, and upper floors resemble travel landmarks in London, San Francisco, Tokyo, Istanbul and Hollywood.

Terminal 21, which cost $186 million, has 377,000 square feet of retail space, and management expects about 50,000 visitors daily. Terminal 21 executive ­director Prasert Sriuranpong said 80 percent of the center’s shoppers will be Thai people, but the airport theme is likely to attract tourists, as well. The mall focuses on fashion, food and movie theaters.

“For fashion, our concept is mix and match, and our shoppers will go to the big and small shops we have,” he said.

Another 10 blocks down Sukhumvit Road, construction of a 500,000-square-foot shopping center across from the upscale Emporium Mall has begun. The center, also slated to be a luxury shopping center, is to open by 2015.

“There is still room to grow in Bangkok,” Suthipipat said.