A Fresh Vision for Fred Leighton

By Sophia Chabbott on May 3, 2010
View Slideshow 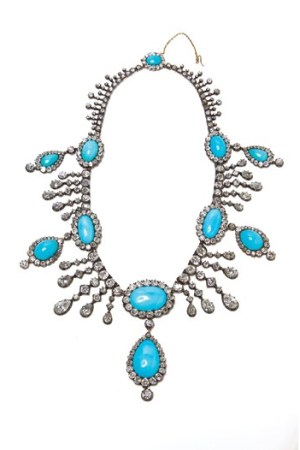 Greg Kwiat is picking up the pieces of Fred Leighton after years of turmoil and wants to build the estate jewelry firm’s business the old-fashioned way — brick by brick.

Leighton’s new chief executive officer, whose great-grandfather, Sam Kwiat, founded Kwiat, the 103-year-old diamond jewelry house, wants to open a flagship outside the U.S. An updated Web site will launch this year and the firm intends to grow its bridal business with engagement rings of its own design. In the near future, Kwiat will seek to partner with luxury retailers for wholesale distribution or in-store shops.

He also is spearheading a print and online advertising and marketing campaign for fall being shot this month, but Kwiat declined to discuss details.

“Today, it’s about smart growth, not the number of stores,” Kwiat said of his strategy of focusing on sustaining and enhancing Leighton’s stores on Madison Avenue and at the Bellagio in Las Vegas. “It’s about the right doors in the right locations.”

Ultimately, he wants to more than double sales of the brand, which is known for bejeweling the likes of Nicole Kidman, Natalie Portman and Sarah Jessica Parker on the red carpet, within five years.

“[The company] has had a challenging time, but the team at Fred Leighton is strong,” said Kwiat, a 32-year-old former investment banker at Goldman Sachs. “Fred Leighton has got a brand name, an awareness among customers and great style. The customer experience has always been there, the public relations was still there — the magic of Fred Leighton never disappeared on the red carpet.”

With an MBA from the University of Pennsylvania’s Wharton School, five years in investment banking and a childhood in which he was exposed to spectacular diamonds via the family business, Kwiat has spent much of his life preparing to take on his latest role.

The challenges have been plentiful at Leighton, which was founded 39 years ago by Murray Mondschein.

The drama that enveloped the firm began to unfold in 2006. That’s when Mondschein, who goes by the name Fred Leighton, sold the company to Ralph Esmerian, a fourth-generation vintage jewelry and gemstone dealer, and Merrill Lynch’s Global Asset Based Finance Group.

Esmerian, known for his keen eye and taste, did not fare as well on the business side. He appointed Peter Bacanovic, a former Merrill Lynch broker who was convicted and imprisoned for helping Martha Stewart lie about a stock sale, as president of the firm. Part of Bacanovic’s mission was to open stores in Asia and the Middle East, redesign the Web site and launch an advertising campaign. He also opened a splashy 1,600-square-foot store on Rodeo Drive in Beverly Hills, which closed in less than a year.

After the start of the global economic downturn in 2008, Merrill Lynch wanted to pull out its investment and sought repayment of the $183.3 million it had loaned to Esmerian.

To repay the loan, Merrill Lynch set up an auction at Christie’s of some of Esmerian’s most prized pieces. But Esmerian wanted to sell the pieces, which were initially put up as collateral, on his own, saying he had buyers lined up for several of them.

The Christie’s sale was halted when Esmerian put Leighton into Chapter 11 bankruptcy protection. The auction was eventually aborted entirely, but some pieces were sold privately by Christie’s.

Since the acquisition, Kwiat, who retains the title of chief financial officer of Kwiat, which has a store in Las Vegas at the Palazzo and another unit steps away from Fred Leighton on Madison Avenue, has been examining the business, its inventory and its possibilities.

He is considerably younger and less experienced than his executive peers at Cartier, Van Cleef & Arpels, Graff and De Beers, but has been working alongside Leighton’s public relations director, Rebecca Selva, a respected jewelry historian who is a liaison with stylists and celebrities. Selva has spent a lot of time educating Kwiat on the nuances of a Belleperon cuff, the color gradations of a plique-à-jour necklace by Fouquet and the intricacy of an Art Deco bracelet signed Cartier Paris.

The firm has acquired several important pieces of jewelry under the new ownership, including a 150-carat old mine-cut Riviera necklace, circa 1850. The $2.5 million price point comes with diamonds graduated in size, ranging from half a carat to a 13-carat whopper at the center.

Leighton also has acquired two important Cartier bracelets, circa 1910 in the Art Deco style, and bracelets that once belonged to the jewelry-collecting socialite Evalyn Walsh McLean, an owner of the famed Hope Diamond.

Kwiat said his goal is to “make Fred Leighton the most important player, worldwide, in fine estate and period jewelry and a creator of fine jewelry.”

Although Leighton is one of the biggest estate jewelers in the U.S., competitors such as Stephen Russell and Kentshire, both of which have stores on Madison Avenue, are vying for the same rare treasures for their clients. Auction houses such as Christie’s and Sotheby’s have significant estate jewelry businesses, as well.

Kwiat, the oldest of three brothers, was raised in Jericho, N.Y., and said he didn’t feel pressured to join the family business, where his father, Lowell, and uncle, Sheldon, were co-presidents.

After completing his undergraduate and master’s degree coursework, both at Wharton, Kwiat craved the push-pull of the finance world. At Goldman Sachs, he advised clients such as the New York Yankees, the Boston Red Sox and Comcast.

With the goal of running a company, he joined the family business as chief financial officer and partner in 2004, and brought his big-business knowledge to a tightly knit firm that employs about 40 people in New York.

For Kwiat, diamonds and gemstones have always been an object of fascination and intrigue.

“My grandfather loved to teach us,” he recalled. “Every day we had off from school, my cousins and I would go into the city [to Kwiat’s offices] and my father gave us the job of picking the diamonds up from the floor [as smaller stones tend to drop to the carpet when sorting, examining and counting at diamond companies]. He’d give us a dollar for each one we found.”

Kwiat feels he has both the jewelry and business experience to make Fred Leighton work.

“At a family business, you really do everything,” said Kwiat, who learned a range of skills, from management to supply and inventory. “There’s an openness and communication at a family business. We all share a common goal. We all want the same thing.”

What’s distinctive about Fred Leighton is that the inventory is largely one of a kind. Selling a piece — from Egyptian revival jewelry to Victorian floral necklaces — involves an education process. So the firm is focusing on training its sales staff and, in turn, its clients. In that vein, Mondschein is helping as a consultant.

“Fred Leighton has grown one brick at a time,” Kwiat said. “We won’t be using a reckless strategy. It will be thoughtful.”