A Look at ‘The Model as Muse’

Those who expect a history of models at the Costume Institute's spring exhibit will quickly learn there is more to it than meets the eye.

By Marc Karimzadeh on May 1, 2009
View Slideshow 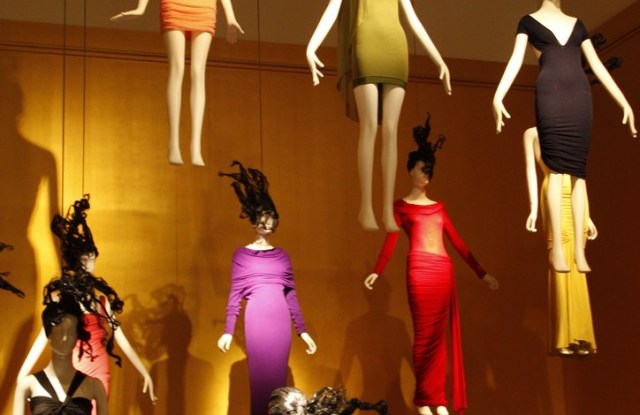 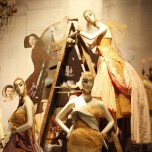 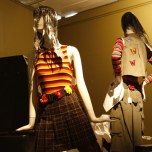 NEW YORK — Those who expect a history of models at the Costume Institute’s spring exhibit will quickly learn there is more to it than meets the eye.

“The Model as Muse: Embodying Fashion,” which opens to the public at the Metropolitan Museum of Art on May 6, underscores just how much the models were responsible in adding allure to some of the fashions. It combines multiple media forms, from panels of magazine pages of Vogue, Harper’s Bazaar and Life, to famous fashion photographs and video clips — from Audrey Hepburn’s memorable modeling stints in “Funny Face,” to William Klein’s “Qui êtes-vous, Polly Maggoo?” and George Michael’s seminal supermodel moment for “Freedom ’92.”

Curated by Harold Koda of the Costume Institute and guest curator Kohle Yohannan, the exhibit features 86 looks arranged mostly by era. It welcomes visitors with a take on perhaps the most iconic model image of the past century — a life-size, three-dimensional re-creation of Richard Avedon’s Dovima, with a mannequin in the dress by Yves Saint Laurent for Christian Dior, and life-size die-cut boards of elephants. The centerpiece in the room devoted to the Sixties has a rotating platform featuring aluminum dresses from Klein’s cult movie classic, while a Seventies vignette of looks from Yves Saint Laurent and Halston reenacts a scene from Studio 54.

The Costume Institute benefit on Monday is expected to have a turnout of stars like Kate Bosworth, Kirsten Dunst, Madonna, Jessica Alba, Eva Mendes, Victoria Beckham, Marisa Tomei and every model worth her set card. Expect designers to keep it short — literally. Rumor has it fashion houses were instructed to custom-make short dresses for their model guests, which should please Marc Jacobs, who is the event’s honorary chair, with co-chairs Kate Moss, Justin Timberlake and Anna Wintour. “I have been trying to encourage anyone we know to wear short,” Jacobs said. “It’s kind of young, and kind of clubby.”