After a capsule offering for fall, the designer takes a full-body plunge into men's wear. 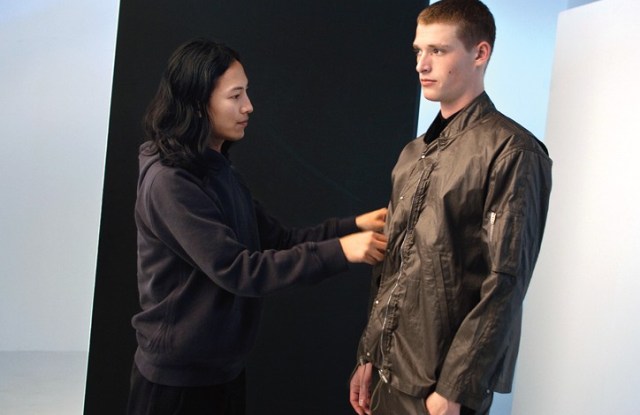 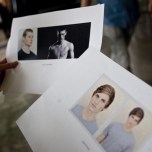 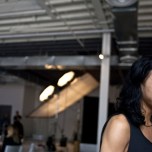 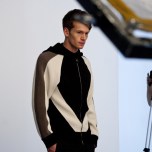 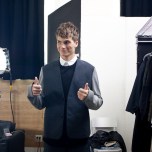 It’s a balmy June day, and Alexander Wang is mid-lookbook shoot at Root Studios in Brooklyn, talking a mile a minute about one of his models, Ford’s Jon Paul.

“He started modeling an hour ago!” Wang exclaims, before delving into a lengthy anecdote that will end with the words “rattail braid.” The designer apparently told Paul he’d hire him for the job, on one condition: He chops it off. Now the remains sit on top of a white towel. (Paul says he’ll mail them to his mother as proof that the tail is gone.) “We’re his first job,” brags Wang, gesturing to the lanky, fresh-faced brunet.

The lookbook at hand is for Wang’s new men’s ready-to-wear collection, the designer’s full-body plunge into the category after his capsule offering for fall. “This was the right timing,” says Wang. “We felt the demand was there.” For those counting, this launch comes on top of his women’s ready-to-wear line, T by Alexander Wang for both women and men, a spate of accessories and the occasional collaboration (e.g., fall jewelry with Betony Vernon). The move was probably inevitable. In February, Wang was named GQ’s Best New Menswear Designer in America, and the month after, he was nominated for the CFDA’s Swarovski Award in the men’s wear category. That both of the honors acknowledged his casual, lower-priced T designs, before he even took a stab at men’s ready-to-wear, isn’t lost on the designer. “That was like, ‘Whoa,’ ” Wang says. “You know, awards are great, but they put you on fast track — you have to do this, you have to do that. Now we can breathe and go back to focusing on this new line.”

A full men’s collection (sales appointments begin Friday in Paris) wasn’t always part of Wang’s game plan. T, he says, “really started as a vanity project. I just wanted to do stuff I wanted to wear.” For its first season, spring 2010, there were T-shirts, hoodies and muscle tanks, which then evolved to include zip-up jackets, twill jeans and leather work shirts. Although the ready-to-wear, which wholesales from $107 to $750, maintains a similar nonchalant sensibility, Wang notes that it’s “a more refined point of view.” Silhouettes are much leaner, tighter and tailored. Fabrics are slicker, with glazed nylons, cottons treated with a salt finish and a paper-thin lambskin he’s dubbed “leather chiffon.”

Wang also describes the new clothes, inspired by youth subcultures of East London, as “less flashy” than T. In his terms, of course, that refers to the most minute of differences. His T designs, for instance, feature two bits of hardware at the nape of the neck, while the ready-to-wear is without. Wang thumbs through the studio’s racks for more examples. Out comes a tuxedo jacket — the placket partially hides the buttons beneath. Dress shirts and blazers, meanwhile, feature what he calls “a deleted lapel” in which the overstitching gives the illusion of a lapel, and a jacket has a silk faille bodice and comfy yet structured double-knit sweatshirt-like sleeves.

“There’s still something quite irreverent about it,” Wang continues, tracing the deliberately overrun stitches on a top, and then the drawstring details, used vertically here, on the front of a parka. “But we’re careful never to overdesign something for the sake of it being a fashion statement,” he says. “Whereas in women’s, I can go full throttle — my woman is more of a risk-taker — men’s is a more personal take.” And will the sex factor inherent in his women’s lineup carry into the men’s? “No, no, my guy isn’t about exposing his chest,” he remarks with a laugh. “It’s not the male gigolo.”

For a designer who has always had a crystal-clear image of his woman and her lifestyle, replete with neatly packaged muses like Kate Moss and Erin Wasson, it’s easy to wonder, Who’s the dude? “Delinquents,” Wang answers. “Our girl secretly has a crush on the bad boy.” Pressed for examples, he names Diplo (who stars in his spring T campaign), Wiz Khalifa and Johnny Depp. “But not ‘Pirates of the Caribbean’ Johnny Depp,” he clarifies. “Nineties Johnny Depp.” Wang then glances over at model Tom Guinness (yes, of the beer clan) and adds him to the roster. “They know what looks good on them,” he continues, “but they’re also not so self-aware.”

Ditto for the men’s accessories, also launching for spring. The five styles of black slouchy leather bags feature rather inconspicuous design details. The metal corners on his women’s handbags, for one, are swapped out ­for black leather versions on the men’s. “We did wallets, change purses and passport carriers, as well,” he adds. “We’re doing shoes next. It will be in the realm of a sneaker.”

Wang has been firing on all cylinders for some time now and, even with this new men’s entry, has no plans to slow down. He notes he’s working on a home lifestyle collection — “nothing solidified yet, but it’s something that will come into fruition soon” — and is “putting together a strategy and concocting ideas” for fragrances. About reports that he’s signed on with Barcelona-based beauty and fashion firm Puig, Wang says, “It’s a rumor.” Still, he’s cagey enough that one can’t help but speculate there’s fire behind the smoke. So has he contacted Puig? “No,” Wang answers. Has the firm contacted him? “No comment,” he says.

He will disclose that, after the recent announcement he’s opening a two-story flagship in Beijing’s Sanlitun Village in 2012, a larger retail rollout plan is in the works. Locations are TBD, but he notes that Japan and the U.K. are his largest international markets. “At the end of the day, it’s what we enjoy and what motivates us,” says Wang. “We try not to think about things too much and just let the creative flow come naturally.”