A Week in the Life of Karl Lagerfeld

In addition to his back-to-back couture shows for Chanel on Tuesday, the designer is gearing up for his long-awaited thrust into masstige on Wednesday. 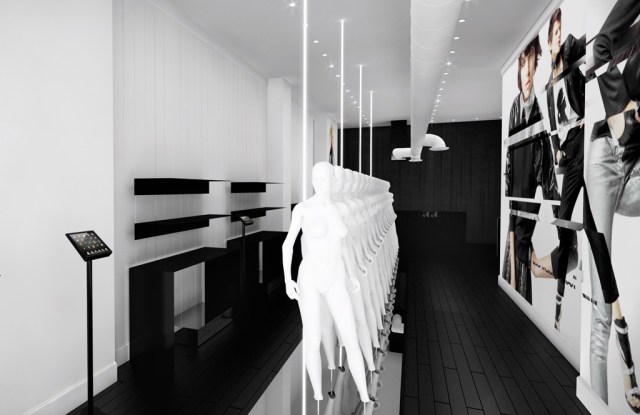 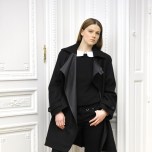 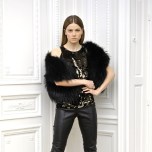 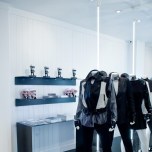 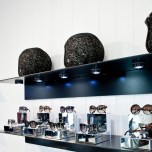 PARIS — Is Karl Lagerfeld the busiest designer this couture week? Of course he is.

In addition to his back-to-back couture shows for Chanel on Tuesday, he’s gearing up for his long-awaited thrust into masstige on Wednesday, when his new Karl collection goes on sale exclusively on Net-a-porter.com.

And on Friday, writing appointments will start here for his new Karl Lagerfeld Paris collection, licensed to Italy’s Ittierre, in which he gives a more luxurious spin on his graphic style. Karl Lagerfeld president Pier Paolo Righi described the 300-piece Paris line, priced to retail from $300 to $2,500, as having an “advanced contemporary” edge rather than being a classic designer collection. For the first season, the company is targeting about 50 to 60 doors in Europe, and about a dozen or so in America, he noted.

The fall-winter collection spans items for women and men — white shirts, lean black pants and demonstrative jackets among the main ingredients, echoing the acclaimed designer’s iconic look. Options for women range from roomy cocoon coats with leather trim to sequin-fronted tops and dresses. The men’s collection includes a cardigan with an industrial zip, a felt blouson with leather trim, and a black military greatcoat the designer has already adopted. There’s also a capsule of blazers, shirts and slim rocker pants Lagerfeld has cheekily dubbed KGB. “Karl for Girls and Boys,” was the rapid-fire response to a reporter’s puzzled expression.

Lagerfeld is to host an intimate dinner Wednesday at his new headquarters, a 19th-century townhouse on the Left Bank, to fete both new lines. A few hours before, he is slated to appear at a mysterious glass cube at Place Saint-Germain-des-Prés, where he will push a button that kicks off online selling of Karl.

WWD has also learned that a 650-square-foot pop-up Karl shop is to open Friday at 375 Bleecker Street in New York, showcasing the masstige line, along with a selection of Lagerfeld-approved books, brooches and gadgets.