Accessories Designer of the Year Nominees

Alexis Bittar and Proenza Schouler’s Jack McCollough and Lazaro Hernandez are the nominess for the Accessories Designer of the Year Award. 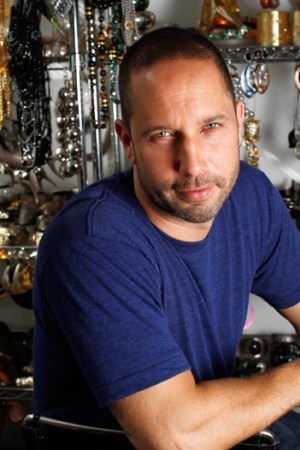 By now, Alexis Bittar’s story is well told: age 13, armed with antique jewelry gifted from his parents, Bittar set out for New York’s East Village, selling tiny gold and costume baubles to passersby. Fast-forward nearly 10 years, and Bittar — who admits his teen years were spent mainly in dim downtown clubs — became focused on creating his own line of jewelry — Lucite rings, bracelets, necklaces and earrings — and a second line of metals and semiprecious stones.

With three stores in New York and an advertising campaign featuring a fabulously feathered, red-lipsticked and Bittarbedecked Joan Collins, the designer — who operates out of a light-filled loft in Brooklyn’s DUMBO neighborhood, a major leap from his days sending out pieces to Bergdorf Goodman from his one-bedroom in SoHo — has carved out a clear niche for himself.

Retail and commercial success aside, Bittar has the pop-culture market cornered, too: In early May, Lady Gaga was spotted wearing Bittar’s conestudded black Lucite eye mask.

For Proenza Schouler’s Jack McCollough and Lazaro Hernandez, the PS1 and PS11 handbags may still be fairly new, but the two designs already have become staples in the label’s fast-growing accessories business.

The bags’ cult status is a testament to the strength of the designers’ accessories vision, aimed at the same cool girl they already design for with their sportswear. Runway fashion informs their accessories, particularly the handbags. “It always depends on the silhouette and how she is standing,” McCollough says. “If she’s in a more suited look, a specific type of bag could work better. Then you play with the details and may incorporate runway elements into the bags.”

The importance of accessories crystallized in February when, as part of the live-stream of the designers’ fall runway show, online shoppers were able to preorder bags straight from the runway on their e-commerce site. It gave a whole new relevancy to the runway and its ability to drive sales by capitalizing on immediate show buzz — and it’s likely to inspire others.

This is Proenza Schouler’s second nomination for CFDA’s Accessory Designer of the Year; the duo won it last year. In the future, they hope to build on the existing mix of bags, shoes, eyewear and jewelry.

Says Hernandez: “It’s a constant evolution of what we are doing.”