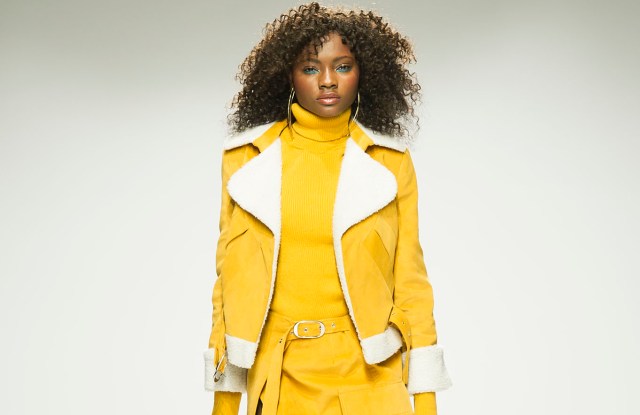 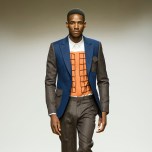 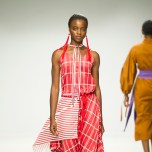 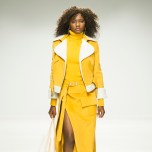 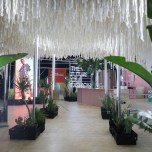 South African Fashion Week celebrated its 20th anniversary as the pioneer fashion week in the country. It also marked the end of the long twice-yearly fashion week season in South Africa, which began with South African Menswear Week in July and Mercedes-Benz Fashion Week Joburg in August, not to mention the 4th Bokeh International Fashion Film Festival in Cape Town in September.

According to Lucilla Booyzen, founder of SAFW, the event throughout the last two decades “has grown into the optimal platform for designers to start, develop and grow their businesses. It is the key voice of fashion in South Africa recognizing the power our diversity holds in this sector, which is one of the most socially inclusive SA industries.”

Since its inception in 1997, SAFW has used the designer competition as a springboard to showcase that individuality and originality in order to identify and nurture new talent as well as to inspire and challenge both emerging and established designers.

This cycle of SAFW — which took place over five days at a new venue, the rooftop of the Sandton City Mall in suburban Johannesburg — opened with the Sunglass Hut New Talent Search competition, which challenged designers to create a collection that would strike a balance between commercial and aesthetic appeal. It was won by the design duo Maxwell Boko and MMuso Potsane, whose high-end women’s wear line, MmusoMaxwell, was formed in 2016 and blends African heritage and contemporary culture.

Boko and Potsane first met at another competition, the reality TV show “The Intern by David Tlale,” who is one of South Africa’s top designers. Their winning collection at SAFW’s New Talent Search featured wearable clothes with an intellectual edge, in neutral colors with unexpected details, including asymmetric curves and layers of geometric prints.

MmusoMaxwell, which bested eight other finalists, won a trip to London Fashion Week in February, as well as a one-year representation package from the Johannesburg-based showroom The Fashion Agent.

The competition was organized in association with strategic partner Cape Wools SA, which challenged designers to showcase, as the company’s chief executive officer Louis De Beer said, “the superb qualities of South African merino wool.” South Africa is one of the world’s largest producers and exporters of wool. In September 2017, the country exported over 3.65 million kilograms of wool, with some 2.7 million kilograms shipped to China alone.

For Booyzen, the collaboration with Cape Wool SA “has also brought about a new awareness around the devastating effect of fast fashion and the consumers’ responsibility to invest in a wardrobe that resonates with style and not with trends that are coming and going every eight weeks. Designing for the responsible fashion consumer is the order of the day.”

Another partner of SAFW, the national department store Woolworths, similarly espoused sustainable fashion and presented a fashion show to spotlight the 11 designers whose capsule collections would be available in select Woolworths stores within a stand-alone StylebySA section. They included some of the most exciting design talents in the country today, such as Sindiso Khumalo, Thebe Magugu, Rich Mnisi, AKJP, Cleo Droomer, Gert-Johan Coetzee, Lukhanyo Mdingi, Maria Mccloy, Selfi, Ifele and Ephymol. Khumalo, Magugu, Mnisi and AKJP were challenged to conceptualize and design a range made from sustainable fibers as part of Woolworths’ Better Cotton Initiative.

Woolworths also took the opportunity during this cycle of SAFW to create an immersive installation on-site designed and produced with the people and the planet in mind. It featured BCI cotton sheeting accented with raw BCI cotton slivers, which was earmarked for donation after SAFW to The Clothing Bank to benefit unemployed South African women.

Meanwhile, SAFW’s main contender for the title of the fashion week on the continent, the annual Lagos Fashion and Design Week, took place at about the same time as SAFW.

The seven-year-old event, organized by Style House Files, with founder and executive director Omoyemi Akerele at the helm, attracts designers from across Africa. The international fashion press, particularly from the U.K., has been a constant presence at LFDW, including this year.

Akerele acknowledged that “press coverage consistently helps position the designers who show on the platform for visibility within Nigeria, Africa and the global fashion industry — factor that contributes to them being easily identifiable to buyers when we present the designers to buyers at trade shows across multiple markets.” Such trade shows include WWD MAGIC in Las Vegas, Tranoï in Paris and Pitti Super in Milan.

That said, Akerele stressed that “beyond the runway, our core focus has always been on education, providing access to market, showcasing opportunities and discovering new talents.” In fact, Fashion Focus, LFDW’s talent nurturing and discovery arm, this year presented the Fashion Focus Five, consisting of Emmy Kasbit, Morafa, Imad Eduso, Samuel Noon and Mo Agusto. They showed their collections for the first time at LFDW after a year of workshops and mentoring with established designers such as Maki Oh, Lisa Folawiyo and Mai Atafo, who also presented their collections during fashion week.

LFDW is also credited with improving local designer retail in Nigeria, Akerele said. “The creativity on the runway has created an increased demand for fashion that’s designed on the continent. In 2011, there was only one store — Temple Muse — that stocked African designers (sparingly). Fast-forward to 2017: multibrand stores include Temple Muse, Alara, Grey Velvet, Zinkata, Luxe 21, Dunes Abuja, Meidei, Zazaii and so many more. [There are designer] stand-alone stores for direct sales to customers. From established names like Tiffany Amber, (who owns multiple stores) Lisa Folawiyo, and many more to younger brands like Iamisigo, Grey and a host of others, designer stand-alone stores are dotted across Lagos, Abuja, Port Harcourt to make African fashion more accessible distribution wise to Nigerians. Some of the brands also make sure their websites are set up for e-commerce and distribution beyond Lagos.” This is in addition to multibrand online platforms such as Oxosi, Onyechek and Osengwa.

During Fashion Week itself, some of the stores held trunk shows right after the collections were presented on the LFDW runway. Alara, for example, hosted Loza Maléombho, Post-Imperial and a few others during the week.