Al-Sabah to Focus on New Concepts

Kuwaiti retailer Sheikh Majed Al-Sabah said Wednesday he would step down as chairman of Villa Moda, confirming a report in WWD.

By Miles Socha and Samantha Conti and Luisa Zargani on September 3, 2009
View Slideshow 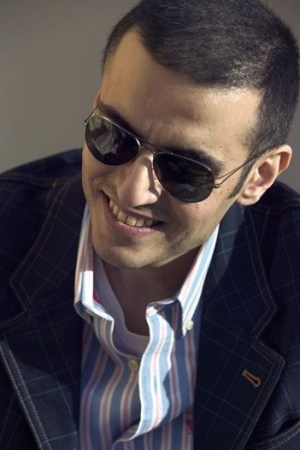 PARIS — Kuwaiti retailer Sheikh Majed Al-Sabah said Wednesday he would step down as chairman of Villa Moda, confirming a report in WWD. He cited “differences of opinion for the brand’s future” with its majority shareholder, the Dubai International Financial Center.

In an interview, Al-Sabah said he would now devote himself to new retail projects in luxury, hospitality and food, in concert with property developers and investors in the region. “The potential is huge in this market. The Middle East is not yet as developed as you think,” he said, listing Egypt, Morocco, Libya and Saudi Arabia among countries with underdeveloped shopping landscapes.

Al-Sabah, 40, noted he would steer clear of competing directly with Villa Moda, the Kuwait boutique he established in 1992 and parlayed into a luxury player with locations in Dubai, Qatar, Syria and Bahrain and revenues in excess of 60 million euros, or $85.8 million at current exchange rates.

Al-Sabah noted he retains “nearly 30 percent” of shares in Villa Moda; however, he declined to comment on his future intentions with the stake. As reported, trading of shares of the retailer, quoted on the Kuwait Stock Exchange, has been suspended since April as the DIFC, which acquired its majority stake last fall, fell behind on financial reporting.

“My dream is to see [Villa Moda] coming back on the stock exchange and back on track,” Al-Sabah said.

DIFC officials could not be reached for comment Wednesday, but Al-Sabah said Abdulla Bin Sugat has already succeeded him as chairman.

A front-row fixture at the Milan and Paris shows, Al-Sabah said he would attend the runway shows in Europe later this month to “pay his respects to all the brands that helped me.”

Reacting to his resignation, Diane von Furstenberg called Al-Sabah, “a retail pioneer in the Middle East and a lover of fashion who will have left an impact no matter what.”

“I’ve worked with Majed a long time, and he’s always done business in an honorable way,” said Domenico De Sole, chairman of Tom Ford International. “What he did with Villa Moda was unique — no one had seen anything like it before. He opened up Kuwait and the Arab world to fashion, and he deserves a lot of credit for that. I also know that the new owners of Villa Moda have behaved honorably, and that they are good people.”

Dries Van Noten, who established two boutiques and one shop-in-shop in Dubai, Kuwait and Bahrain in partnership with Villa Moda, said, “We remain passionate in our commitment to the continuation of his vision for the area.”

Vittorio Missoni, who oversees institutional affairs at the family-owned company, said business sentiment remains positive in the Middle East, which has been “less affected by the crisis.” Missoni noted that projects initiated with Villa Moda are “developing as forecast.” In addition to boutiques in Syria, Kuwait, Dubai and Qatar, Missoni will open a unit in Saudi Arabia and a larger location in Kuwait next spring.

A nephew of the Emir of Kuwait, Al-Sabah built Villa Moda into a homegrown banner with global notoriety by courting franchise deals with top European brands and creating eclectic retail concepts mixing fashion with art, food and design objects. The likes of Miuccia Prada and Roberto Cavalli designed caftans for his wealthy clientele, while Ford created a Middle East-inspired perfume.

Al-Sabah recently tapped Dutch industrial designer Marcel Wanders to create a surreal interior for a Villa Moda location in Bahrain, and set up a quirky lifestyle emporium in a 17th-century inn in Damascus steps away from the spices on sale at a chaotic souk.

Last year he set up an art gallery, Al-Sabah Art & Design, and commissioned a range of artists and industrial designers to interpret the iconic Chanel No. 5 bottle.

“Luxury retail patterns have changed, along with the purchasing patterns of people,” he said Wednesday, citing the economic crisis, the Internet and the global advent of fast-fashion among contributing factors. “There’s a huge demand in the Middle East for limited edition products, and at the same time a huge demand for accessible fashion — and nothing in between.”

He predicted lifestyle-based retail concepts would prevail in the future, combining elements of fashion with food, leisure, entertainment and well-being.