The designer has set late January 2021 for his return to the fashion scene.

The Paris-based designer has set late January — around the time of the next couture week in the French capital — for his return to the fashion scene, more than five years after he exited Lanvin.

Elbaz unveiled the brand name and visual identity today, along with a few hints about his approach, and his audience. 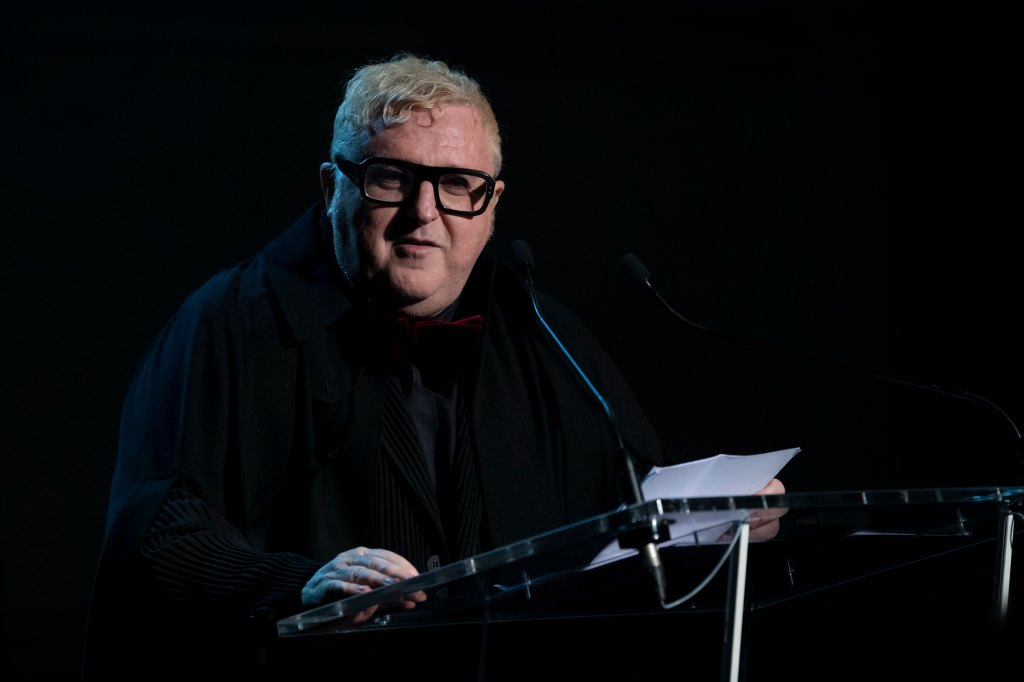 “We design beautiful, solutions-driven fashion that works for everyone. It is a reset, it is the birth of a factory,” the start-up said in a brief statement provided to WWD, calling AZ Factory a “digital luxury brand based on innovation, technology and, above all, a place to experiment and try new ideas.”

“We are built around the core ideas of love, trust and respect. We speak to our clients as we do with friends. Because we care,” the statement added.

“I am so happy and very much looking forward to an exciting launch in late January,” Elbaz declared, without providing further details. (Couture Week in Paris is scheduled for Jan. 25 to 28.)

AZ Factory also revealed a “consumer experience program” dubbed Alber & Amigos, which can be joined at AZfactory.com, with updates to come on social media. Its accounts are @azfactory for Instagram and TikTok and @theazfactory on Twitter.

Elbaz revealed his JV with Richemont in October 2019, set up AZ’s headquarters in Paris atop the Fondation Cartier, the contemporary art museum in a striking glass building by architect Jean Nouvel, and began building his team.

The project has been slowed by the coronavirus pandemic, which disrupted the industry in myriad ways.

Laurent Malecaze started as chief executive officer of AZ last month. He had joined from luxury retailer The Webster in New York, where he accelerated and widened its digital operations.

When it was unveiled last year, Richemont and Elbaz described AZ as “an innovative and dynamic start-up, meant to turn dreams into reality.” The luxury giant, parent of brands including Cartier, Chloé, IWC, Van Cleef & Arpels and Dunhill, has given few specifics about their venture, which will be project-based rather than the standard seasonal approach of most designer collections.

Elbaz has also been short on details, but long on philosophy, telling WWD in an interview last year: “I’m not into revolution — I’m going to do what I believe is right for the moment. I’m not going to disrupt the industry — it’s not my thing. It’s about resetting and restarting.

“AZfashion is about projects that are relevant for the moment, ones that women and men would love to have,” he added.

Since being ousted from Lanvin in October 2015 and before partnering with Richemont, Elbaz busied himself with speaking engagements and small design projects at various price points, including a collaboration with Tod’s on shoes; a Converse sneaker; a limited-edition makeup line with Lancôme; a range of travel bags and accessories with LeSportsac, and a fragrance with French perfumer Frédéric Malle.

Born in Morocco, Elbaz learned his craft at Geoffrey Beene’s elbow in New York, and went on to helm Guy Laroche in Paris and then succeed couture legend Yves Saint Laurent at the helm of Rive Gauche ready-to-wear.

The World According to Elbaz: The Designer Ponders Fashion’s Purpose