For her latest demi-couture collection, the Italian designer channeled the Shalimar Gardens and Hollywood divas, circa the Forties. 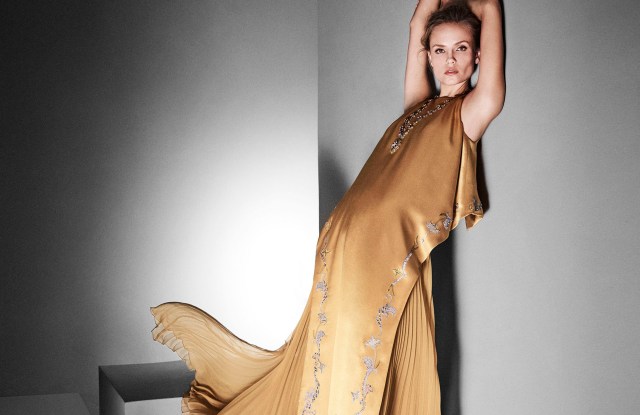 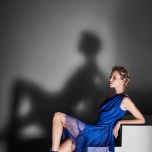 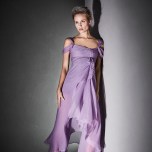 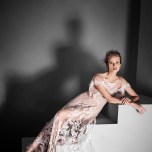 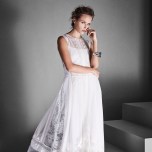 This dreamy suggestion lay behind the development of the Alberta Ferretti Limited Edition 2017 collection to be unveiled in Paris on Tuesday. WWD previewed the 18 demi-couture pieces, which will be presented at the Italian designer’s headquarters on Rue du Faubourg Saint-Honoré, a former property of the Goldschmidt-Rothschild family.

Ferretti took a deconstructed approach to the romantic and feminine feather-light silk, chiffon and organza cocktail dresses and evening gowns. “I like it when a woman feels light and free to interpret a dress, and this is more difficult if the dress is structured,” observed Ferretti. The designer was aware of her customers’ “real and busy fast-paced lives.” For this reason, Ferretti said she wanted to keep the silhouettes “simpler and more sophisticated. My goal is to make women beautiful, but they must also look contemporary and move with ease.” The designer tapped Giampaolo Sgura to photograph Natasha Poly wearing the collection.

Several looks highlighted the back, such as a plum, silk satin gown that was aptly called Anémone Liquide [Liquid Anemone] because of its light consistency. Another draped gown in that color, called Améthyste Mystérieuse [Mysterious Amethyst], could be worn raising a delicate veil hood or letting one rim slip from a shoulder. “It’s a personal attitude, I feel that a woman should make the dress her own, interpret it and show her character. I live the life of women, they are my muses. The same dress can be worn in different ways by different women, each with their own personality,” explained Ferretti, who often worked with bias-cut fabrics. In the same vein, pants could be added to a short cocktail dress in organza and silk and embroidered with tiny crystal beads and crocheted in silk and cotton, with had a youthful vibe. The embroideries were fine and delicate, showing paisley or floral patterns, as well as a motif reminiscent of a peacock. “I am fascinated by India, but these are more suggestions of the East. I wanted to avoid costumey references,” said the designer, who named each item with monikers ranging from Beauté du Shalimar and Minuit à Djaipour to Mémoire de Jodhpur. India’s precious stones also influenced Ferretti’s choice of colors, which ranged from amber to pearl and violet quartz, and jewels decorated the waist of a long white column dress, enriched by Ferretti’s staple pleated chiffon design, or the closure of a Grecian gown. Velvet inserts also contributed to the handcrafted appeal of the beautiful looks. “I aim to bring harmony to the collection,” said Ferretti. Mission accomplished.

The dresses are the starting point for made-to-measure designs. Ferretti introduced her demi-couture line of feminine and highly crafted gowns in 2011 with a special event in Florence during Pitti Uomo. The designer has since opted for itinerant presentations. After Milan in 2012, Los Angeles in 2013, Paris in 2014 and New York in 2015, Ferretti filmed a video in Venice in 2016, presented at special events in cities such as Moscow, until she chose to hold a show in July in Paris during haute couture week last year. In January, she chose to show her pre-fall and Limited collections at her Milan headquarters the evening before Men’s Fashion Week kicked off.