The designer gathered an array of contributors, from Florence Welch and Madonna to Annie Leibovitz and Hari Nef. 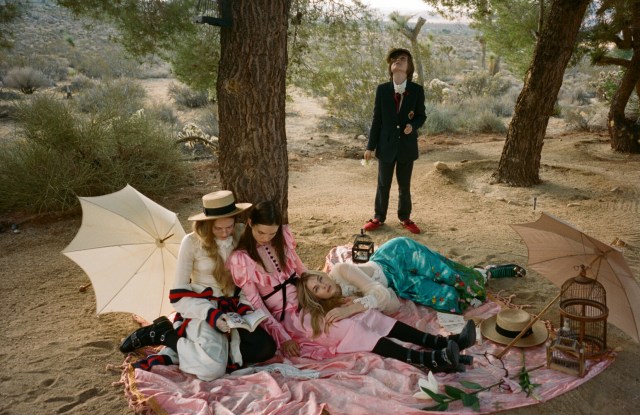 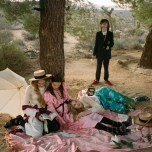 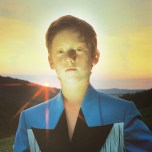 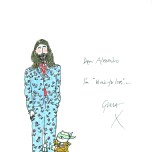 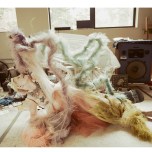 For the 280-page issue, slated to drop Nov. 9 at Dover Street Market and Colette, the Italian designer tapped an eclectic range of contributors and gave them carte blanch to interpret the issue’s theme — “blind for love” — words from an 18th-century manuscript by Fanny de Beauharnais that have also appeared on Gucci clothes and accessories.

The magazine features nude photos of Chloë Sevigny taken by her boyfriend; a Polaroid of Dakota Johnson as a heartbroken 16-year-old; Madonna flanked by Samburu warriors; Hari Nef body-painted as a cherub, complete with wings and scraped elbows; and a never-before-seen portrait of filmmaker Pier Paolo Pasolini by 91-year-old photographer Paolo Di Paolo.

The barrage of images “helps the reader understand how Michele uses a huge tapestry of different influences,” said Dan Thawley, editor in chief of A Magazine. “Alessandro Michele is very much about a very visual collage of references from different eras and places.”

Fashion elements are pictured — including antique jewelry and Michele’s favorite Fortuny fabrics — along with obscure objects including a petrified human hand and a dead bird captured by Annie Leibovitz.

Michele reveals his own talent behind the camera, sharing photos of off-duty models at a Gucci campaign shoot, along with interiors and landscapes.

Not that Gucci – which reported a 17 percent sales gain in the third quarter – is a one-man show. A grid of 84 portraits in the magazine depicts every member of Gucci’s design team in Rome, including Michele, all wearing their own clothes and items from Gucci. “He wanted to include every single person,” Thawley enthused.

“The only urgency I feel is to keep on, at a slow pace, with my journey,” Michele says in his curator’s letter.

A Magazine has a print run of 10,000 copies and a cover price of 19 euros. Advertisers in the issue include Gucci, Valentino, Sies Marjan, Comme des Garçons, Louis Vuitton, Chloé, Saint Laurent and Balenciaga.

The annual magazine, based on an idea initiated in 2001 by Walter Van Beirendonck, has been curated in recent years by the likes of Riccardo Tisci, Thom Browne, Haider Ackermann, Iris Van Herpen and Giambattista Valli.