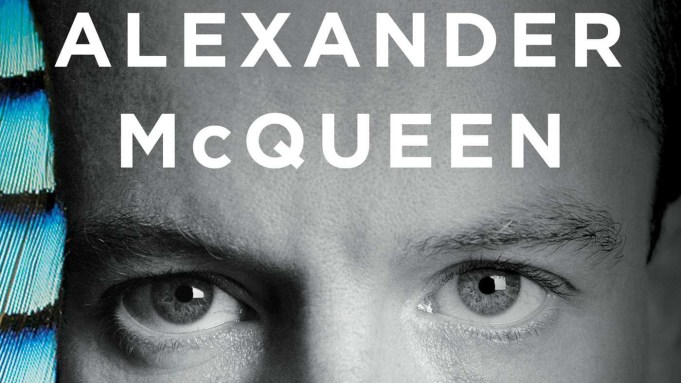 “I’ve been interested in Alexander McQueen for some time,” says Andrew Wilson, the author of a new biography, “Alexander McQueen: Blood Beneath the Skin,” due out from Scribner/Simon & Schuster on Tuesday. “But I haven’t written about fashion designers before. I’ve written about more literary figures, such as Sylvia Plath. So many people found him really fascinating on an emotional level. I wanted to find more out about why ordinary people found him fascinating. We’re all intrigued by him.

“I thought his public image was kind of quite extreme,” he continues. “I had the feeling that there was something much more interesting behind that. I always have to have this kind of instinctive connection with my subject, some kind of nonrational, emotional connection to the subject. I just wanted to find out more about him.”

Wilson’s biography tells the story of the designer from his birth into a working-class family with six children struggling to make ends meet until his suicide at age 40 in 2010, when he was a design superstar who had been named a Commander of the British Empire and left an estate valued at about $25 million.

“Lee [McQueen’s birth name] was very close to his sister Janet, and he told her a few years before he died that he wanted a biography written of him,” Wilson adds. “He trusted her to find the person, and she chose me. I’ve got a very empathetic approach to biography.”

This quality is illustrated, he says, in his book “Beautiful Shadow: A Life of Patricia Highsmith,” which, when it was published by Bloomsbury in 2003, was the first major biography of the writer.

“Clearly Highsmith is not kind of the easiest person,” Wilson says. “If I could portray her in a sympathetic and empathetic light,” he would probably be able to write in a similar manner about McQueen, whose work and life had many dark elements. “I didn’t want to go down the road of hagiography,” he continues, “but Lee could be difficult. The way he conducted his passion for drugs…It’s how you present it that’s the important thing, the tone and the voice. He had issues of trust; in a way, he was sort of seeking some people to punish him. Issues such as guilt, anger and distrust stem from sexual abuse in childhood.”

McQueen was reportedly sexually abused as a child, by Janet’s first husband, Terence Hulyer, a violent man who is said to have beaten her so badly that she had two miscarriages. Her brother did not tell her about his own abuse at her husband’s hands until four years before his death.

The cooperation of the McQueen family was pivotal to Wilson’s approach. “First of all, they opened up about the family history,” he says. “They also had a great collection of press cuttings. The boyfriends were incredibly open with me, and so were a wide range of friends. I kept requesting to speak to [McQueen designer] Sarah Burton, but she declined.” It took him about two-and-a-half years to write the book. There wasn’t much written material, since McQueen was not a letter-writer; his biographer simply interviewed as many people as he could, about 100.

Wilson anatomizes another aspect of McQueen’s appeal in talking about the show “Savage Beauty,” the museum show that attracted huge crowds in New York and London in 2011 and 2015, respectively.

Wilson disagrees with the accusation that has often been leveled against McQueen, that he was a misogynist. “That’s very unfortunate,” he writer says. “He loved women. He wanted to empower them and make them feel wonderful and powerful.”

As for the controversy created by the book, Wilson says, “Well, I think Lee was an incredibly honest person, and I think he would have wanted an honest book. I think some people perhaps dispute it; they have their own reasons. Janet felt, I think, that it’s written in a sensitive manner. I’m not standing judgment on him in any way. I tried to understand him.” Daphne Guinness, a great friend of McQueen’s, liked the book, as did Detmar Blow, Isabella Blow’s widower, Wilson says, adding, “I think it comes down to where you sit in the fashion world, perhaps if your allegiances still lie with the company or associated companies outside.”

Does he think that there would have been any way to help McQueen? “It’s really difficult to rewrite somebody else’s life, but perhaps he should never have joined Gucci or sold his company to Gucci,” he says. “After that, he sort of talked about being in a ‘gilded prison.’ As the amount of money increased, the amount of drug use increased and the amount of paranoia. But suicides never, never are simple. I don’t want to give a glib answer to this. [In his family history, stretching back in time], there’s horror, murder and Gothicism that go way back.

“There’s no one thing that would have saved him. He lived an intense, extreme life. Whether or not he knew it, he certainly lived his life as if he had to do everything — such as making a collection in two days — as if he would have to enjoy the normal span of an 80-year life within half that span. Toward the end of his life, he was saying goodbye to people. [Onetime colleague] Sebastian Pons talked to him and he said, ‘I’ve designed my last collection,’ and said that he might kill himself in front of the fashion press at one of his shows. Many people who knew him are still grieving, and will do so for many, many years to come.”