The Mayfair flagship, located in a former post office on Albemarle Street, has a new look. 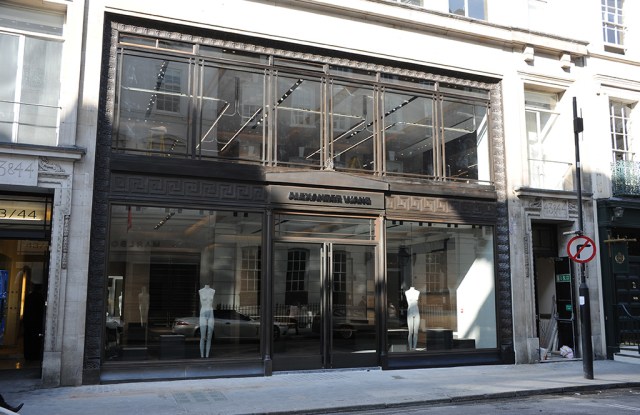 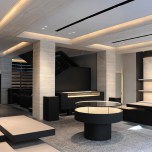 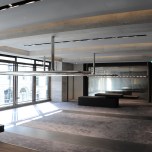 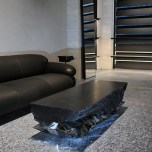 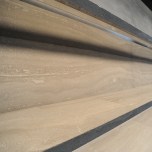 LONDON — It has been an extraordinary week for Alexander Wang, who is leaving his post as creative director of Balenciaga, and who will open his biggest branded flagship worldwide in Mayfair on Aug. 1.

Wang and his company’s president Rodrigo Bazan declined to comment on the designer’s exit from Balenciaga, and on a report in WWD earlier this month that a new investor for his namesake business may be in the pipeline.

The new flagship is Wang’s 25th store worldwide and his largest, with a new interior concept by the designer and the Antwerp, Belgium-based architect and product designer Vincent Van Duysen.

The 6,460-square-foot space at 43-44 Albemarle Street was formerly a post office downstairs and an art gallery upstairs.

The store spans three floors, which are linked by a grand, central staircase, and will stock the brand’s full ready-to-wear and accessories offer, in addition to exclusive, limited-edition items.

Wang and Van Duysen aimed to fuse the luxurious with the industrial, creating a sleek space done in black and gray, with lots of tactile elements.

It marks the first time Wang has worked with Van Duysen, whose past retail projects include Calvin Klein Jeans, Sportmax and various spaces at Selfridges.

Wang told WWD earlier this month that it was critical the London store stood out.

“London has always been a very, very important market for us — the first supporting international market for our brand since the very beginning. It’s also been our largest European market,” he said during an interview at the Rosewood hotel in Holborn.

“London is on a whole different wavelength, and I think the shopping here actually trumps New York,” added the designer.

Some 60 percent of Wang’s revenue comes from international sales, with Europe the brand’s biggest wholesale market. The U.K. is among the top foreign markets for Alexander Wang, alongside China, Italy and Canada.

Wang said he’s aware his London customers are also international travelers, so he wanted to give them “a slightly different experience, a reason to go to the flagship.” He described the store as the most elevated, in terms of materials — and the most subversive as well.

“It’s not as graphic or black and white as our previous stores. There are a lot of tonal shades of gray. It’s a bit softer, with a lot more suede, and more sensual materials. All the metals are covered in matte rubber instead of being flat black metal, which we use in the other stores. A lot of the stones kind of have a powdery finish to them. There is just a more sensual side to it,” Wang added.

Van Duysen said the space is filled with “contrasts and contradictions, sharp and curved angles. It’s very technical, yet there is an extreme degree of elegance. There are industrial materials, but a softness as well. It’s very sensual, very tactile.” Natural sunlight flows into the space from both the back and front of the building.

He also worked with the building’s original features, preserving the double height glass facade that faces the street’s many art galleries, and made new structural additions, too, such the central staircase that unites all three floors. Its handrails are covered in black shagreen.

Materials include columns, beams and shelves covered in silver travertine, and soft nova suede on display tables and cases. Black metal — on tables, display cases, and even the side of the staircase — has a rubberized matte finish.

Floors are made from a mix of gray terrazzo and concrete, while some of the walls are covered in a soft, porous material often used in gyms or play areas.

The clothing rails upstairs and on the lower ground floor are stainless steel tubes lit from underneath, while walls are adorned with laser-cut stainless steel in a pattern meant to resemble antislip treads.

Wang said he chose Albemarle Street — which runs alongside the fashion and luxury hubs of Dover and Bond Streets — for a variety of reasons. Albemarle, just off Piccadilly, is also home to a Paul Smith flagship, Browns Hotel, Amanda Wakeley and a lineup of small art galleries.

“The street felt really right,” Wang said. “I was a little bit intimidated, at the same time, because it was a fully functioning post office that people depended on every day. I was thinking they were probably going to hate us for closing down the post office. But hopefully, we’ve done it justice and we’ve brought something new to the street that people will enjoy.”

Wang said he thought about opening in the East End, but “I’ve been coming to London for a very long time and as much as you kind of want to find that offbeat location, convenience today is really important, too. We’re not on the biggest street in Mayfair, but it just has a ‘right around the corner’ feeling.”

Although Wang and Bazan both declined to comment on first-year sales, Bazan said he expects the London store “to be on a par with the very successful flagship we currently have in New York.” He added that Wang’s stores benefit from “an incredible, very significant tourism business.”

According to real estate sources, the rental is about 1.2 million pounds, or $1.9 million, per year.

The ground floor will stock women’s accessories, shoes, handbags and small leather goods, while the top floor is for women’s rtw and T by Alexander Wang. The lower ground floor is dedicated to men’s rtw, denim, accessories and more of the T collection for women.

There is cool black leather furniture, a combination of custom designs by Alexander Wang for Poltrona Frau, and Vincent Van Duysen Architects. The downstairs sofa is a re-edition of a Seventies Italian design by Gianfranco Frattini by Tacchini, and sculptural tables by the artists Ben Storms and Gerard Kuijpers.

The company is currently polling its customers about their 10 favorite items from the past 10 years, and a capsule collection of the winners will be on sale at the store in the autumn. The new store will also stock 20 exclusive items, ranging from women’s rtw to accessories and pieces from the Objects collection.

Other Alexander Wang store openings in the pipeline include Macau, which will open in the autumn.