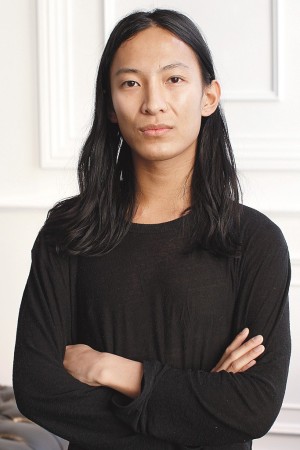 According to market sources, the PPR-owned fashion house picked the buzzy New York designer to succeed Nicolas Ghesquière, who is to officially exit Balenciaga today.

Balenciaga officials had no comment on Thursday. Wang officials did not respond to a request for comment.

A designer in the sleek-and-modern fashion mold of Ghesquière, but with a streetwise edge and a tinge of Goth, Wang has become one the brightest stars of the American fashion scene with his groovy T-shirts, studded handbags and high-impact fashion shows.

He is also admired for his commercial savvy, having rapidly built a sizable business with manufacturing muscle and a global footprint.

The choice of Wang suggests Balenciaga might wish to dial down the elitist, couture-like approach of Ghesquière, and open up to a broader audience with a designer prized for his sportswear approach and youthful energy.

“Although we are an American brand, I think that is more to the sense of what is American sportswear, and things that feel very accessible and easy to wear,” Wang said in an interview earlier this year. “But at the same time we really see our audience and our consumer as a global citizen, someone who isn’t defined by where they live or what kind of music they listen to, things like that. It’s a sensibility that is much more individual.”

Of his Chinese lineage, he said: “In a way, I know there’s an audience that connects with me. How I identify that or what I pinpoint that to, whether it’s because of my background or because I connect with people of my generation in New York or London — that, I don’t know how to explain or quantify.”

Wang, who speaks Mandarin, has traveled frequently over the years to Shanghai, where his mother still lives; his father is based in Hong Kong.

Born to Taiwanese-American parents and raised in San Francisco, Wang studied fashion at Parsons School of Design at age 18 and created his signature label in 2005, then predominantly knitwear, according to his Web site.

He launched his full women’s collection in 2008, and has since expanded his product universe to include men’s wear, leather goods and a second line called T by Alexander Wang.

He operates a flagship in New York’s SoHo district, and earlier this year opened a 5,000-square-foot unit in Beijing. The privately held firm will end 2012 with a retail network of 12 freestanding stores and shop-in-shops in seven countries, with a concentration in Asia.

The U.S. is still Wang’s largest single market, but Europe and Asia together make up about 60 percent of its total distribution. Over the summer, Wang established a full-time showroom and offices in Paris to support his European expansion.

Wang has also demonstrated success with handbags, which is considered an important category at Balenciaga. His popular Rocco style, which resembles an athletic bag and rests on a grid of metal studs, is in a similar rock ’n’ roll vein as Balenciaga’s hit Lariat bag with its dangling zipper pulls and industrial hardware.

At Balenciaga, Wang will have big shoes to fill. Beloved by the press and considered wildly influential by retailers, Ghesquière had a stellar 15-year career at the house, making Balenciaga a temple of cutting-edge fashion and haute craftsmanship.

The challenge for Wang, still not 30, will be to juggle the demands of a fast-growing Paris fashion house with his own burgeoning label.

To be sure, he steps into a sizable business that now counts 62 directly operated stores and a new fragrance fronted by “Twilight” actress Kristen Stewart. This year, Balenciaga strengthened its presence in Asia, opening stores in Mainland China to bring its complement there to 11.

According to PPR, Balenciaga has multiplied in size by 11 times since it was acquired in 2001 by what was then Gucci Group (now known as PPR’s luxury division).

The brand is posting double-digit growth for the year to date, according to Isabelle Guichot, Balenciaga’s chief executive officer. “We have huge ambitions and we have huge reserves of growth,” she said earlier this month.

Spanish-born couturier Cristóbal Balenciaga showed his first collection in Paris in 1937 and was revered for his peerless, sculptural clothes. Despite international fame, Balenciaga closed his couture business in 1968, leaving licensed fragrances as the main business. He died in 1972. The business was subsequently known mostly for fragrances and licensed productions, until Ghesquière arrived in 1997 and engineered a rejuvenation drive.